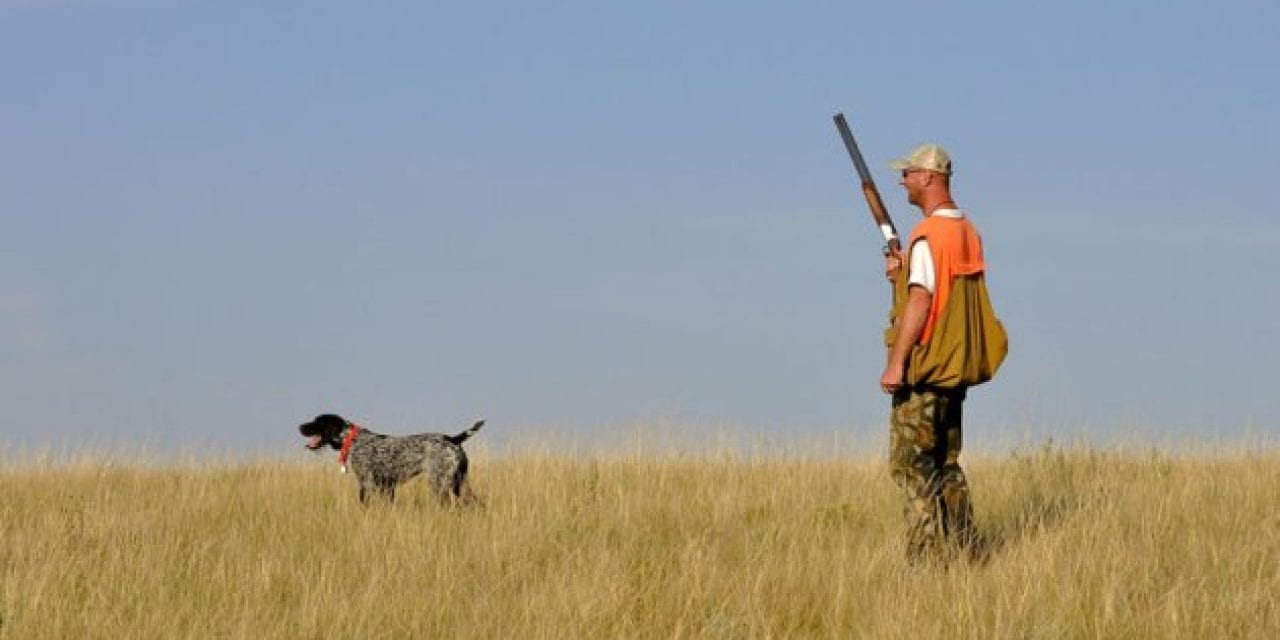 
Why stay in your home state when you and your gun dog can explore all of America’s upland hunting opportunities?

Most hunters would probably agree the overall experience of hunting is far more important than the harvest.

Granted, we’re all driven by the hope of hanging antlers on the wall, filling the freezer and having an up-close encounter with a wild animal. But the harvest is usually just the cherry on top. It’s everything else we soak in throughout the process that makes hunting so special.

I think this sentiment applies the most to upland bird hunting.

First, birds don’t vary in size or trophy quality near as much as a big-game animal. They don’t offer antlers like a cervid or horns like a ram for us to measure and compare.

What they do offer, however, is quantity. If you go to the right place at the right time, you can see action all day.

Even if you find yourself in a tough spot, though, you’re still able to enjoy the experience of exploring beautiful country while watching your trained bird dog hard at work.

Additionally, the quantity element of upland hunting isn’t limited to just the number of birds you can see in a day. There are also a ton of different birds you can hunt all over the United States.

Instead of constantly hunting your uncle’s land down the road over and over again, you can explore new terrain and chase new birds with different behavioral patterns.

That said, you could write an upland bucket list in a million different ways. But these are the 10 hunts I have on my own horizon. 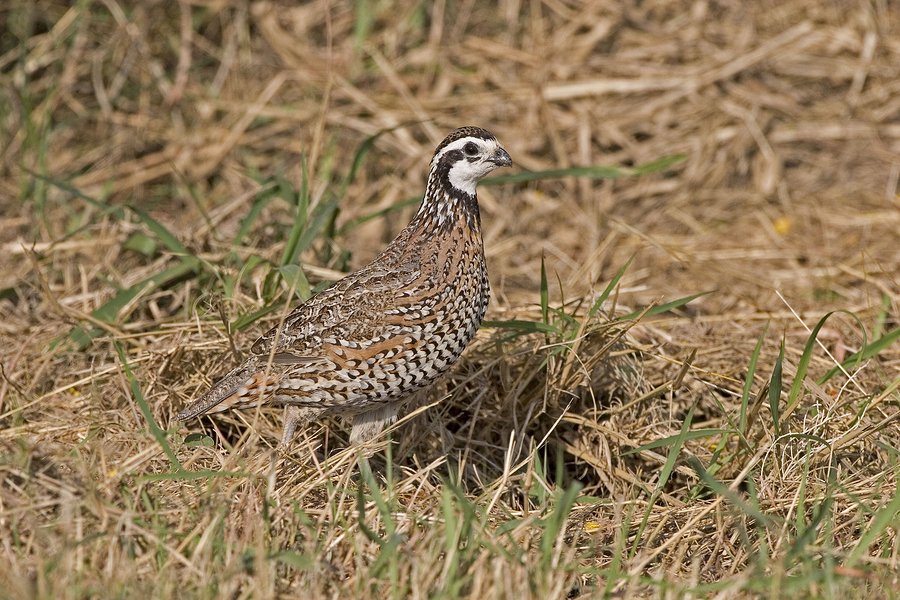 Bobwhite quail numbers are down nationwide, despite valiant efforts to revitalize populations. Almost every state continues to report a decline in quail numbers, but Oklahoma somehow thrives even on a down year.

“We are sitting right at the 10-year average. That last two years was a boom, and now we are back down to average,” said Derek Wiley, upland game biologist with the Oklahoma Department of Wildlife Conservation in a study. “It is not something to panic about. Even ‘average’ in Oklahoma is much better than in most states.”

If you’re looking to move a ton of bobwhites, a trip to Oklahoma is a must. 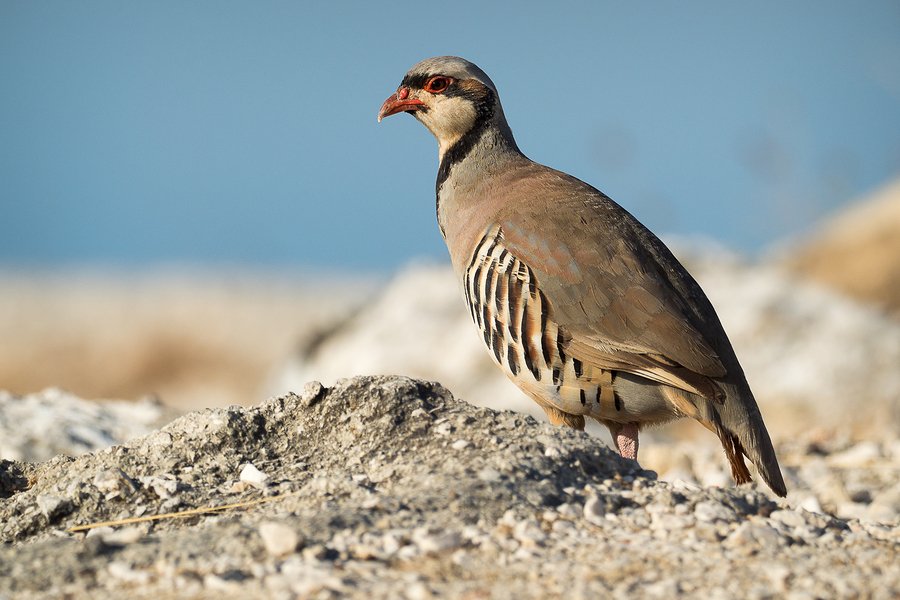 Chukar aren’t native to the U.S., but of all the northwestern states they were introduced to, Nevada may offer the best hunting opportunities.

With the healthiest population of any state, a long season (early October through early February) and a daily bag limit of six, the Silver State could be called “The Chukar State.”

Bird hunters from all over the country travel to Nevada for this unique bird, so if you’re looking for a top-notch desert hunt, this is the place to go. 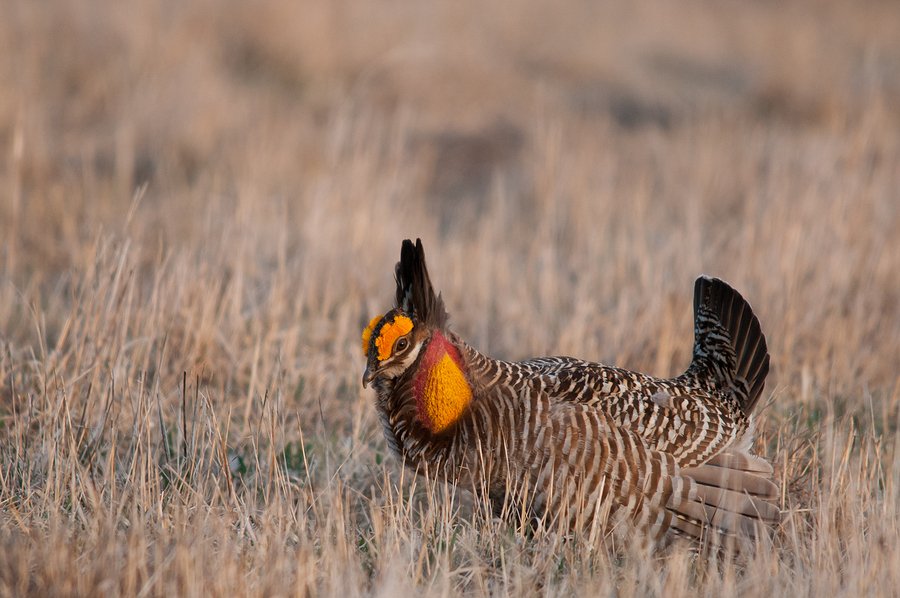 However, getting the opportunity to harvest one isn’t so easy, as the vast majority of them live in an area where hunting is currently closed. While Kansas’ prairie chicken hunting requires a little studying up and checking with Kansas Department of Wildlife regulations, the Sunflower State still remains a coveted destination for this special bird.

Plus, Kansas prairies will offer hunters breathtaking scenery and a hunt like no other. 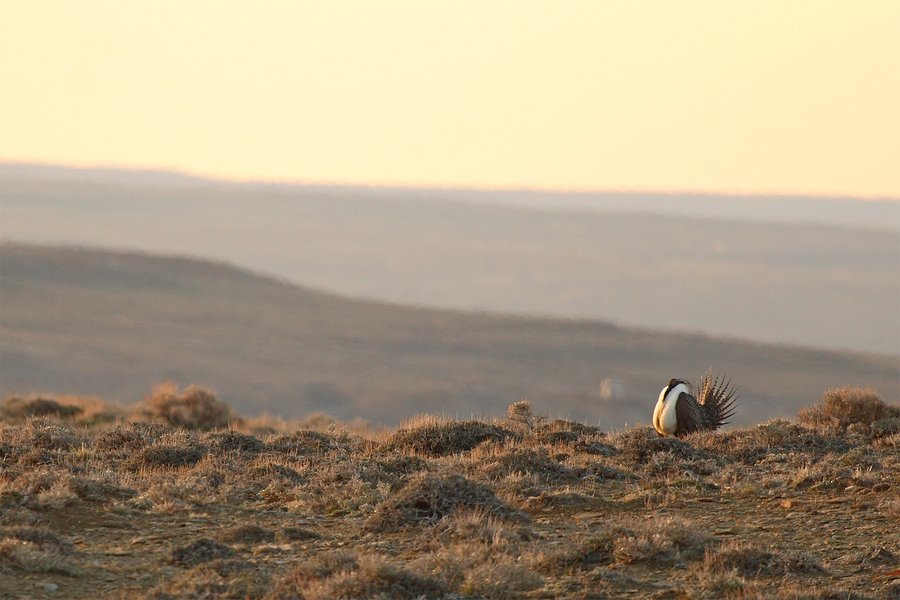 Sage grouse, the largest of all non-turkey upland birds, are easily the most exotic birds on this list. Known for their fascinating courtship rituals, sage grouse not only offer a spectacle, but also a ton of meat.

If you ask any serious western upland hunter, they’ll tell you Wyoming is the one and only place worth hunting them, and that nowhere else compares.

With a trip to Wyoming, you’ll be trekking through grasslands with big sagebrush and beautiful, mountainous backdrops, all to pursue one of America’s most iconic game birds. 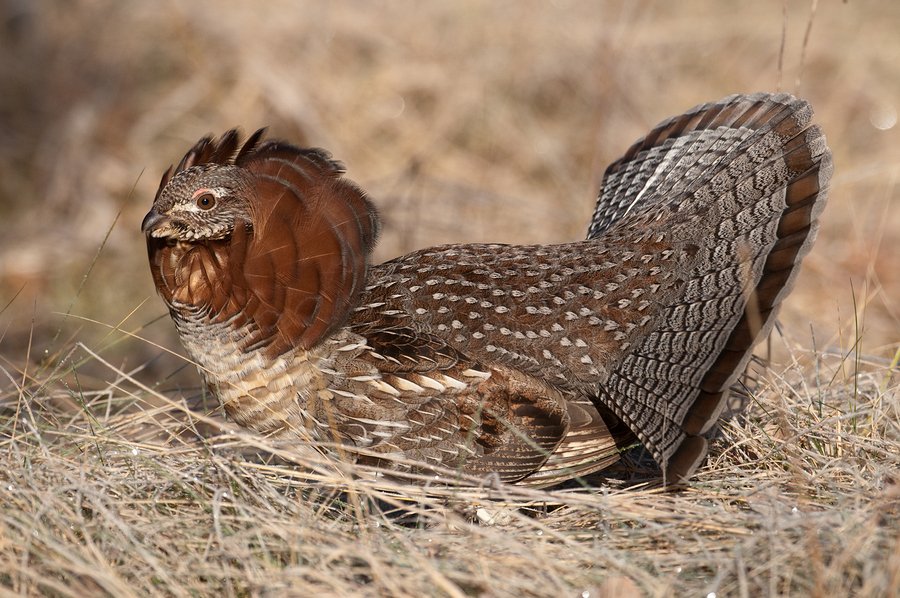 Other states offer more variety in their grouse woods, but Minnesota is the place to go if you want to specifically chase ruffed grouse. 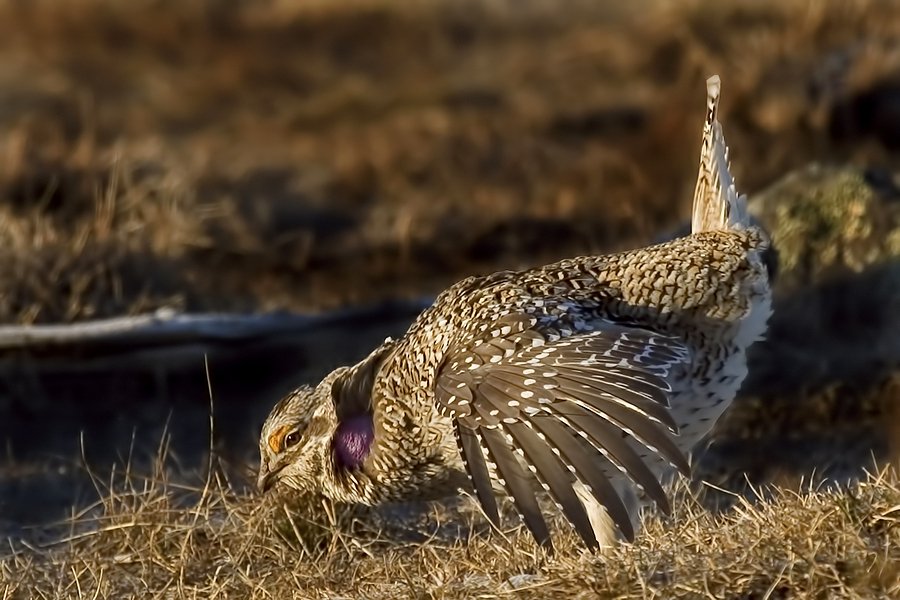 Montana offers a lot to bird hunters, but what’s always drawn my attention is its landscape and its range of sharptail grouse. The Treasure State is the fourth-largest in the U.S., and sharptails cover the whole thing.

There are many other birds one can hunt in Montana, too, including ring-necked pheasant, ruffed grouse, spruce grouse, sooty grouse, greater sage grouse and chukar. But no state can challenge Montana’s sharptail numbers.

Plus, a hunt in Montana means watching your dog traverse some of the most beautiful country America has to offer. 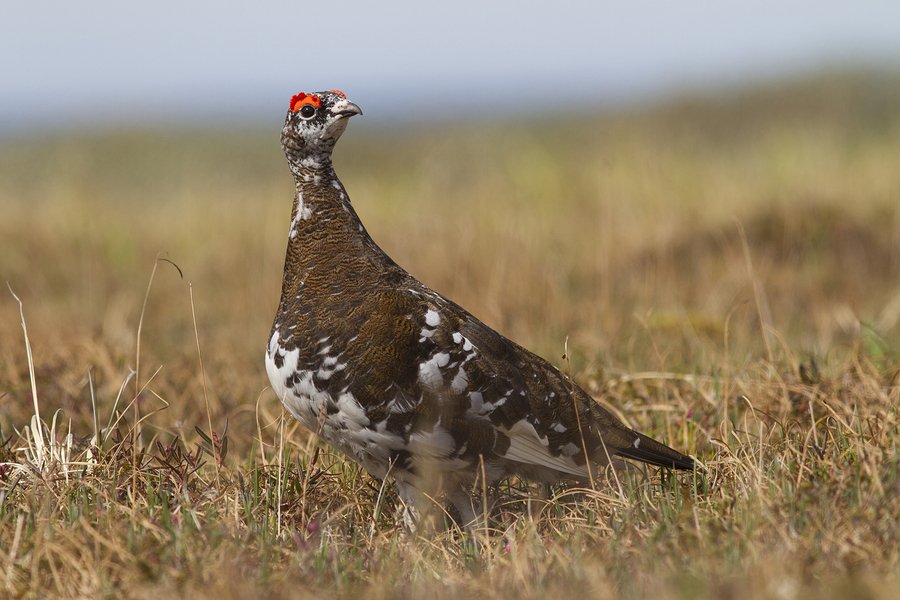 When most people think of hunting in Alaska, they imagine a spot-and-stalk for a moose or a week-long brown bear archery hunt. But bird hunters daydream about Alaska a little differently.

The state obviously features some magnificent land to explore, and a ton of it. Upland hunters fantasize of letting their dogs lead the way through the Last Frontier, chasing ruffed grouse, sooty grouse, spruce grouse and sharptail grouse, but also ptarmigan.

Here, you can hunt willow ptarmigan, rock ptarmigan and whitetail ptarmigan with a ton of success if you know where to go. 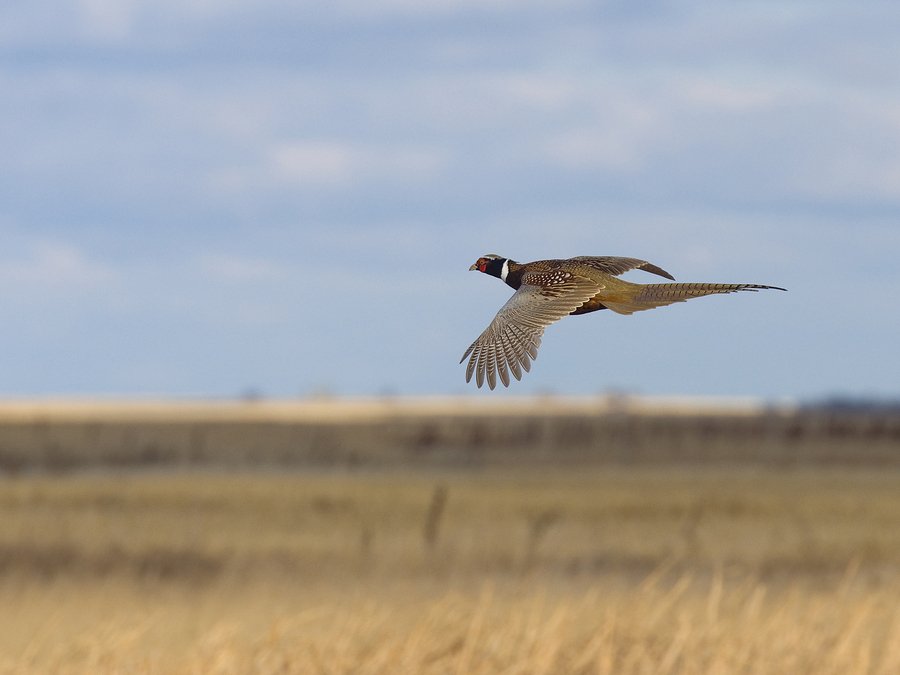 The “Pheasant Capital of the World” is generally the first out-of-state destination on every bird hunter’s list. South Dakota not only holds more ring-necked pheasant than any other state, but the population continues to increase.

Some of the more notable areas to chase pheasants in the Mount Rushmore State include Huron, Eureka and Redfield. North of Pierre, you’ll find healthy populations of prairie chickens, sharp-tailed grouse and gray Hungarian partridge, too.

Arizona exclusively offers hunters with one of the most iconic experiences in all of bird hunting: the quail trifecta. The Grand Canyon State’s marvelously diverse terrain alone makes for a one-of-a-kind hunt, but it also allows three different species of North American quail to survive: the Gamble’s Mearns and scaled.

Now, there are two other quail species in Arizona–bobwhite and California–but hunters come to Arizona to complete the trifecta, which only includes the former three.

Each of the three quail flaunt vastly different behavioral patterns, making the hunt a challenge like no other. Scaled and Gambel’s quail are known to run at high speeds as long as they can before finally flushing, where as Mearns don’t run at all, but rather crouch low and hide.

Each radiates beauty with its own unique set of features, yet each remarkably compliments its desert setting. 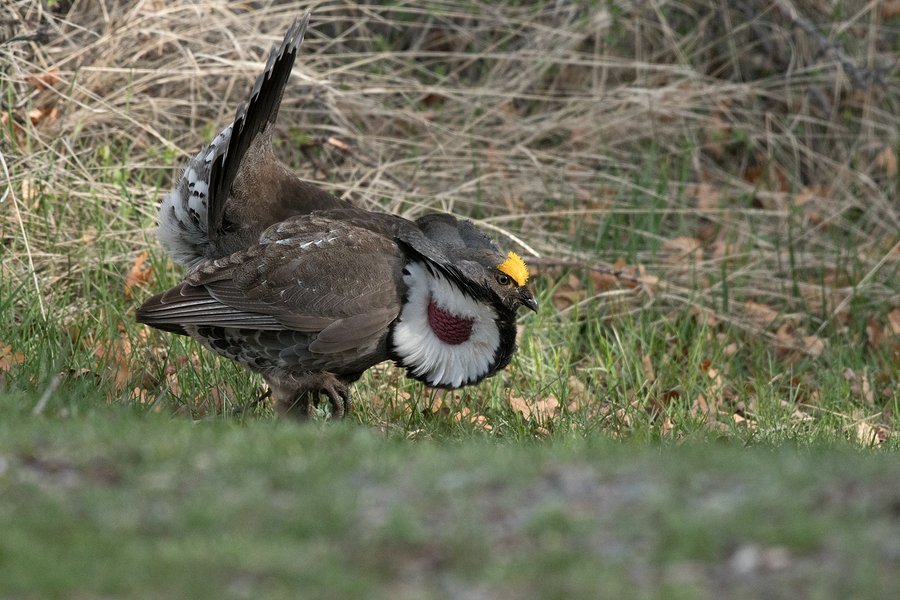 South Dakota probably gets more attention from bird hunters than any other state, and rightfully so. But I’d argue Idaho presents the best upland hunt in America.

First off, it offers what many western states offer: millions of acres of huntable land. In fact, more than two-thirds of Idaho is public land.

Second, it features spectacular terrain that delivers a mountain hunt that could challenge any other hunt out there.

But most importantly, it gives you six famed birds to pursue at once: ruffed grouse, blue grouse, sharptail grouse, Huns, chukars and valley quail.

Bird hunters visit the Gem State with the hope of bagging all six, arguably the tallest task in all of upland hunting.

This original post was published on February 11, 2019. The post was updated on September 10, 2019, to reflect editorial corrections around details surrounding the lesser prairie chicken hunting regulations in Kansas. While the Greater Prairie Chicken Hunting Unit is open to hunters, the Southwest Prairie Chicken Unit (where the majority of Kansas’ lesser prairie chickens are) is currently closed to hunting.

The post 10 States Every Bird Hunter Has to Visit Once appeared first on Wide Open Spaces. 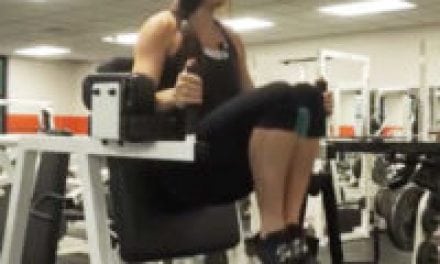 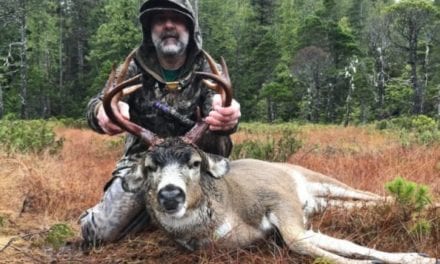 How to Hunt Blacktail Deer 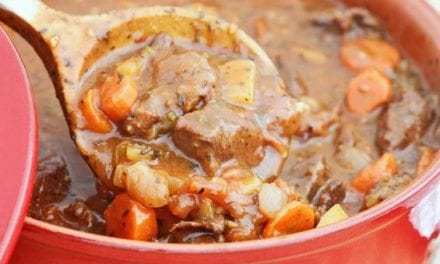 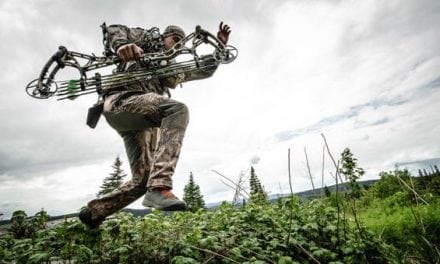 How to Outfit Your Bow From Head to Toe