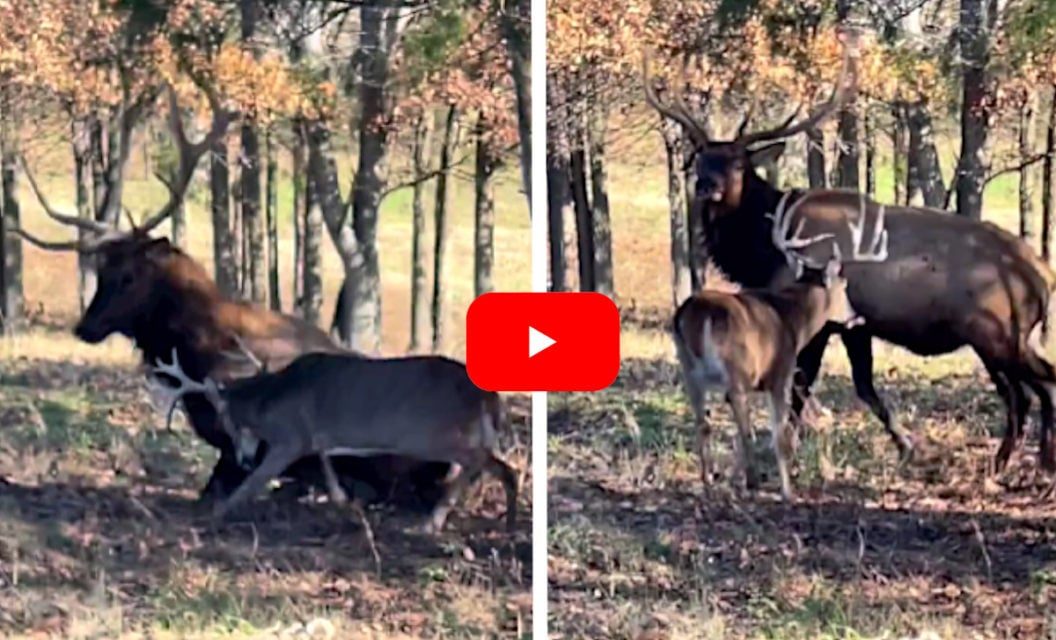 
We’ve lost count of all the times we’ve heard the phrase, “It’s not about the size of the dog in the fight, but the fight in the dog.” Well, it’s probably safe to say this video encapsulates that saying perfectly, because in this footage, a large whitetail buck faces off with two large bull elk. The elk have the whitetail outweighed by hundreds of pounds, but apparently it doesn’t matter. This whitetail is really rutted up and he’s looking to fight anyone and anything, even if that something is much larger than he is.

The buck puts on quite the display, pushing the two bulls around, and lowering his head against one of the elk. They don’t lock up in a fight, but the buck does stop to make a scrape in front of one of the bulls. How’s that for a show of dominance?! After that, the buck pushes the two bulls out of the area before stopping to rub on a tree. It’s a wild video, and an encounter that is rarely seen between these two very different species.

It’s safe to say this buck was feeling fired up on some serious testosterone during the rut! It’s rare that the ranges for elk and whitetails overlap, so these two species likely don’t interact often in a natural setting. Obviously, this footage appears to have been taken in a captive breeding enclosure, very likely surrounded by a high fence, but that doesn’t make the actions of this whitetail any less amazing. We probably shouldn’t have been too surprised. After all, there was that footage of a buck picking a fight with a farmer’s bull that surfaced on the internet a few years ago.

In any case, it seems whitetails aren’t afraid to fight anything they see as a potential rival, even if it is another species. One thing is for sure, we won’t ever underestimate a whitetail’s toughness again! 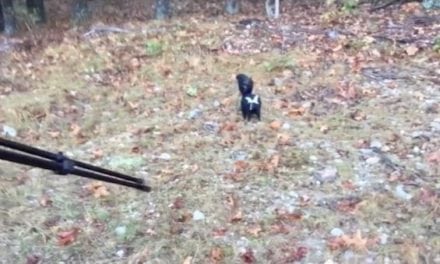 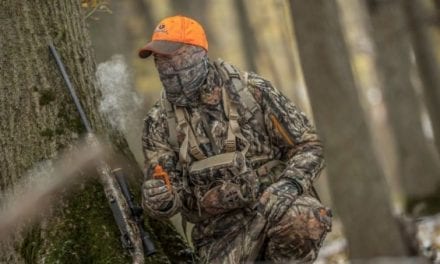 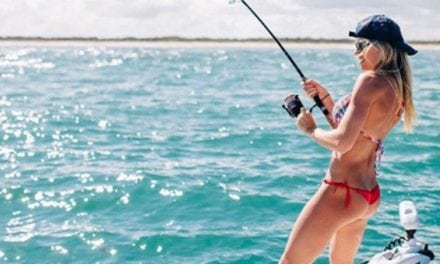 18 Ladies Who Look Way Better Fishing Than You Do 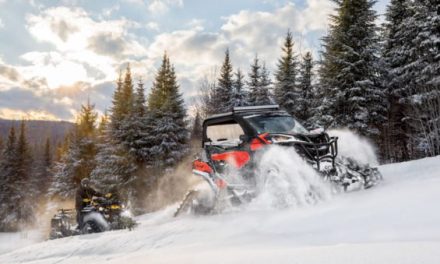