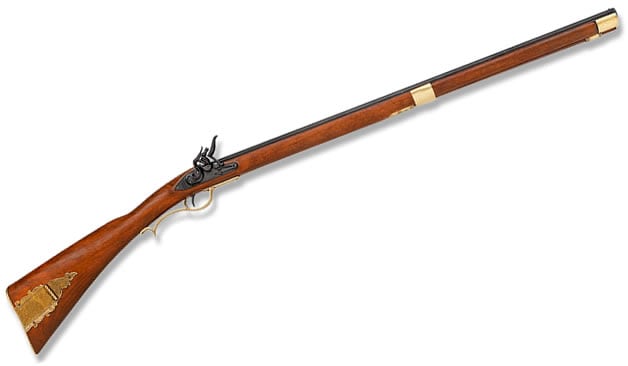 Yet while Crockett’s ownership of multiple longrifles can be documented with some accuracy, he more than likely traded away Ole Betsy for a shorter, more efficiently handled rifle prior to the Alamo fight in which he perished (executed after surrendering – arguments for which to this day will get one lynched in Texas).

Captain John G. W. Dillin, in his “The Kentucky Rifle”, reinforced the longrifle legend when he wrote, “From a flat bar of soft iron, hand forged into a gun barrel; laboriously bored and rifled with crude tools; fitted with a stock hewn from a maple tree in the neighboring forest; and supplied with a lock hammered to shape on the anvil; an unknown smith, in a shop long since silent, fashioned a rifle which changed the whole course of world history; made possible the settlement of a continent; and ultimately freed our country of foreign domination. Light in weight; graceful in line; economical in consumption of powder and lead; fatally precise; distinctly American; it sprang into immediate popularity; and for a hundred years was a model often slightly varied but never radically changed.”

American longrifles of great quality were introduced by gunsmith Jacob Dickert, who emigrated from Germany to Pennsylvania in 1740.  He manufactured “Dickert rifles” for the Continental Army; the term “Kentucky rifle” is not known until the 1820’s.

Prime examples of functional art, American longrifles are celebrated for their elegant stocks, often made of curly maple, inspired decorations and inlays, and a patchbox built into the stock.  The tradition of the melding of the disciplines of artist and gunsmith continues to this day; one need look no further than the hand engravings on bespoke rifles and shotguns (FAMARS rushes to mind) than can cost upwards of $300,000.

European shops at the time had significant specialization of the trades, leading to separate tradesmen building each rifle. On the American frontier, most often only one gunmaker would fabricate the entire rifle, a process almost unheard of in 18th century practice. The flintlock action, with its spring mechanism, and single-action trigger, though, was often purchased in bulk by gunsmiths from England, and then fabricated with skill into an elaborate rifle. Early locks were imported, but domestic manufacturing of locks increased in America among the more skilled gunsmiths in later years.

The American longrifle boasts a range of 80 to 100 yards.  A trained, experienced shooter who knows how to take variables into account (load, windage, drop, etc.) can extend the median range to 200-300 yards.

To conserve lead on the frontier, smaller calibers were often preferred, ranging from roughly .32 to .45 cal.  As a rifle became worn from use (corrosion from firing black powder could cause the bore to enlarge), many guns were re-bored and re-rifled to larger calibers to maintain accuracy.  Numerous copies of historical American longrifles are seen with a bore of around .50 caliber.

So did Crockett take Ole Betsy to the Alamo?  When one cannot argue the facts, one highlights the legend.  Paintings depicting Crockett using a longrifle as a club to ward off advancing Mexican sappers are commonplace.  No weapon with a Crockett provenance is known  for certain to have emerged from the 1836 battle that ended in the massacre of Alamo defenders.

The rifle today on display in the Alamo is an example of a weapon by Jacob Dickert, whose signature appears on the 45″ barrel, and whose predictable patchbox and woodwork are present. It has been restocked, an interesting fact given that use as a club likely would have broken the original structure.   The rifle is claimed to have been picked up by a Mexican soldier after the battle, and was donated, along with a detailed provenance, in 1947.

The legend of the Kentucky longrifle, like that of Davey Crockett, remains deeply imbedded in American historiography.  In the final analysis, perhaps it is better for our self-image not to know such things, but merely to believe them. 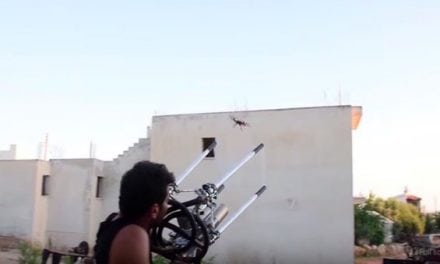 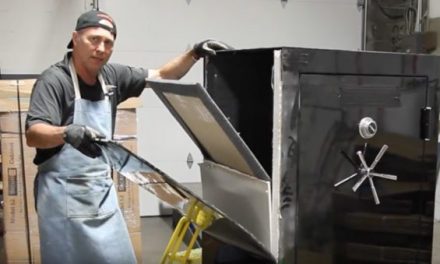 How People Can Break Into a Gun Safe for Only $10 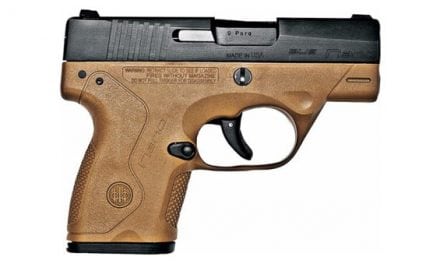 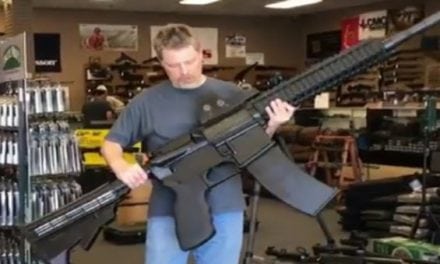 This Could Be the Largest AR-15 Build Ever