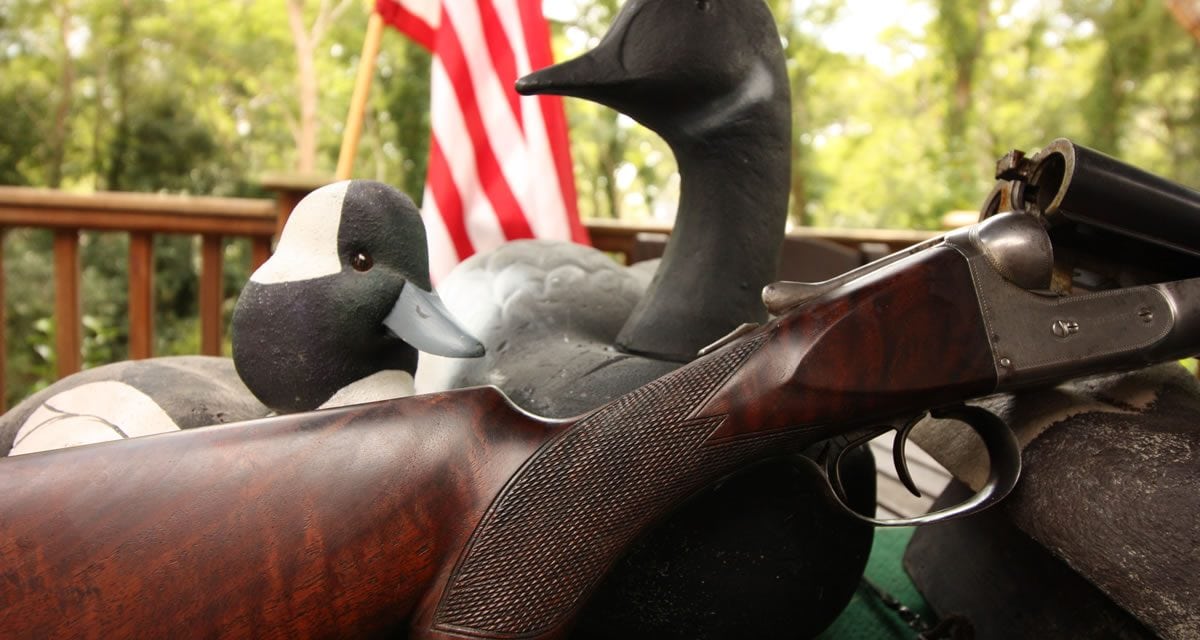 The upland season had been a great one, one of my best in fact, so when the woodcock coverts thinned out and the early snows made for spotty grouse hunting melancholy set in. You know exactly what I’m talking about, for what began with the sweet smell of drying hay, Indian Summer heat, and colorful foliage ended with the pre-winter color of gray. On top of that, Old Mother Hubbard’s coverts were bare.

As one door closes another shall open, so while the New England upland season wound down the coastal waterfowl season gained momentum. The mercury in the thermometer next to my kitchen window lost a degree every few days, and the cold, salty winds pushed down a smorgasbord of ducks. There were mallards and blacks, bufflehead and scaup, and Eider and Oldsquaw. Instead of belling the setters for a run I positioned a coffin blind covered with saltcord grass on the dry portion of a spit of real estate on a sandbar. It was anchored so it wouldn’t wash away when the Nor’easters joined Spring tides, and it was covered to keep out the rain. No one ever hunted this far out, so I was all alone with my thoughts. Sometimes I pass shot while other times I picked out decoying birds. I never met a duck I didn’t like, but brant were far and above my favorite.

These small geese decoy fly in perfectly small bunches of between four and seven birds. When I’m downwind of them I heard their chortle shortly before I can see them. When fog socks in the bay and visibility is at an all time low they’ll silently and unexpectedly drop into the dekes. Brant that feast on eel grass make for wonderful table fare, and those that dine on sea lettuce, well, they’re ok, too.

One late December day brought me more sun burn than gunning action. A high cloud ceiling pushed in, the wind blew unusually from the Southwest, and the bright blue skies had puffy white clouds. The seas were flat, and the birds that flew at first light set into their feeding zones for the day. I heard a gentle slap of the water where it met the sand, and I was warm. Within a quarter of an hour I fell asleep.

Enough time had passed that my boat was aground. The tide was out, and I had about an hour to kill until I could float it into the channel and head for home. I pulled out my thermos, poured a tug of warm coffee into the top, and looked at my gunning iron sitting securely in the gun rack.

For some reason it struck me as ugly. It wasn’t a bad looking gun, no blind-worn Model 12 deserves that handle. But I thought of the rack of Parkers sitting in my cabinet at home and she paled in comparison. There was not a stitch of case colors, no barrels aligned in the same way that God positioned my eyes, and nary a Dog’s Head Buttplate. I figured that to shoot a gun like this I should be a Cyclops, and if it wasn’t for the fact that it was a classic Connecticut River Valley gunning iron I’d probably have hung it up for good. This cornshucker had been my work horse for decades, and while she was one of America’s best she was no Parker.

The acquisition of a new Parker always begins with a first step, so I thought about an ideal waterfowl gun. I figured I’d look for a PH grade or lower. Ideally she’d be a 12 bore with 30 inch barrels on a 1 1/2 or 2 frame. Cosmetic condition wasn’t critical, the salt would be caustic for sure, so a poor-looking but good shooting condition would work. Money was an objective, and I roughed out a budget that remained firmly south of a grand.

I’d have a gun in a week, I thought, so I visited gun shops and gun shows around waterfowl communities. Logic told me there would be no shortage of solid picks, but I was dead wrong. There were plenty of guns for sale, true, and maybe you’ve experienced this phenomenon; when you start looking for a specific Parker you will find everything under the sun that you don’t need…but want. I found high grade, small bore guns upland guns in pristine condition, there were several single barrel trap guns that were outstanding in every way, and there were rare, custom guns that were part of estate sales. Add a few early hammer guns and those with twist barrels and there was a gun for all seasons. Each of the guns sang to me like the Sirens of the Lorelei, but instead of taking out a second mortgage I plugged my ears with wax, just Like Odysseus. I stayed strong.

One day I was surfing the web and stumbled upon a used gun site. I poked around for a while and then decided to see if they had a Parker section. By now I my nerves were tempered steel and I adopted a laser-like focus. I zipped past the desirables-but unaffordables and stopped at the bottom of page three. There at the bottom of the page was my Shangri-La, and she was as perfect a gun as I could imagine.

All things come to those who wait, and the ideal gun was mentioned in a sliver ad at the bottom of a page in a shooting magazine. The Trojan 12 bore had 30-inch barrels all on top of a number two frame. She was described as a well-worn field gun with no case colors, a deteriorated Hawkins pad and several dings in the stock. A fella who owned a gun shop listed it and I visited his website to see some pictures.

She was well described, a standard affair, and the site added more detail like modified and full chokes and stock dimensions that reflected the normal and significant drop at comb and heel. With those chokes and a little chamber lengthening I could use her in the turkey woods, and the price tag said $500. I hit the road.

Because of the magazine in which the gun was advertised was so slick I assumed the shop would have leather couches, worn, Oriental rugs, and a smell of pipe or cigar smoke imbedded in the walls. Instead, it was like a normal retail store, square in dimension, with tubular steel racks that held shooting apparel, and incandescent white lights neatly tucked into a drop ceiling. Behind the counter were racks of black guns that rimmed the store. Inside the counter cases were semi-automatic pistols, and quick draw holsters. A flier announcing a combat shooting competition was taped to the cash register.

I quickly announced my arrival to the manager for I was aching to see the Parker. He walked to the left, bent down, and pulled the Parker from a dusty, low-hanging shelf. The shelf sat slightly above the floor and next to the garbage can.

I went through the usual inspection with my bore gauge, pulled out the tape to check all measurements, ensured the barrels were not cut, checked the hinge pin, and matched the serial numbers. I dropped a pair of snap caps into the chambers to check the trigger pull and noticed the words on the rib. It said Vulcan.

In that precise moment I felt the ever so slight weight of an angel on one shoulder and the Devil on the other. In the right market that shotgun was worth four to five times the asking amount. Part of me was ready to tug out my wallet, pay quickly and quit the store. The other part of me, the one that believes heartily in payback, put the gun down. I took a moment to think and listened to the door bell announce the arrival of some new potential customers.

They walked into the shop and immediately saw what they wanted. They saw the semi-automatic of their dreams, and had love in their eyes. Their rapid-fire chatter indicated that they found the black gun of their dreams and were hot to trot. The manager grew impatient with me.

I smiled and took a breath.

The manager got red in the face. He stood up a bit straighter, squared up his shoulders, and puffed out his chest.

“Look pal, I know guns and that Parker is a Trojan.”
“No, it’s not. It says Vulcan here on the barrels. Its a grade higher than a Trojan and you might want to think about charging more. Probably a lot more.”
“Brother,” he said, “that gun is a Trojan. I’ve got customers waiting. Do you want to buy the F#@$ing thing or not?”

My credit card cleared quickly and I walked out the front door with my head held high. Every now and then when the cold wind causes me to stiffen in my coffin blind I think of that story. And every time it warms me up. We were meant to be together, she and I, and when I’m picking up a brant that fell in the dekes I inevitability think of one thing; I wished she were a small bore high grade. Maybe you found one like that, and maybe I will, too. Next time… 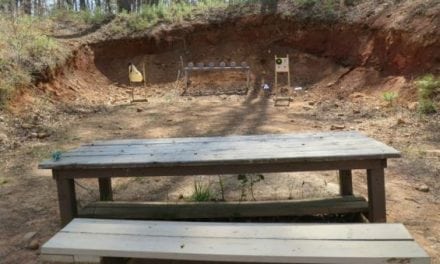 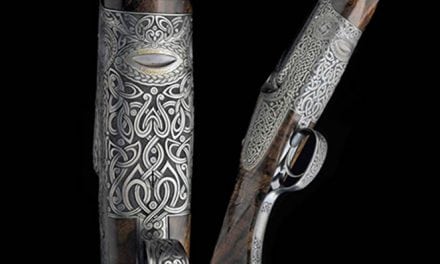 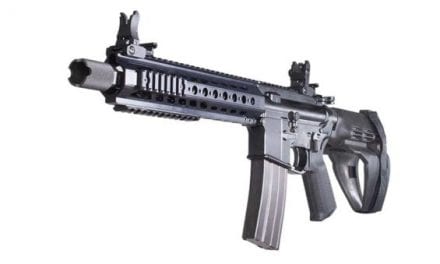 AR Pistol: What It Is, and You Need to Know About It 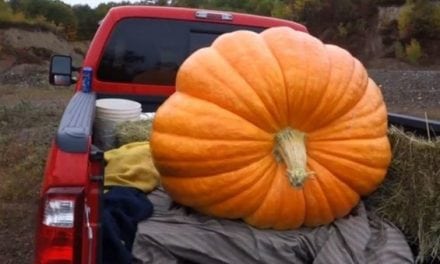