They say records are made to be broken, but in the cases of some North American big game animals, that statement may not be true. If only because some of the animals holding high spots in the Boone and Crockett Club record books are of a size that almost classifies them in a whole other category. Some of these animals are simple freaks of nature, phenomenal representations of a species that are of a size never seen before or since they were harvested. One of these great animals is the famous Chadwick ram. This world record Stone’s sheep was harvested all the way back in 1936 in British Columbia. Unbelievably, despite bighorn sheep hunting being more popular than ever, this ram still holds the top spot for the species in Boone and Crockett’s record books. In fact, many hunters regard the Chadwick ram not only as the greatest sheep ever harvested, but perhaps the finest big game animal ever taken in North America period, regardless of species type. When you start looking at the many magnificent animals listed in B&C’s record books, that’s no small amount of praise. This is the story of this special animal and exactly why whole generations of hunters have spent countless hours in the mountains in search of their own “Chadwick.” 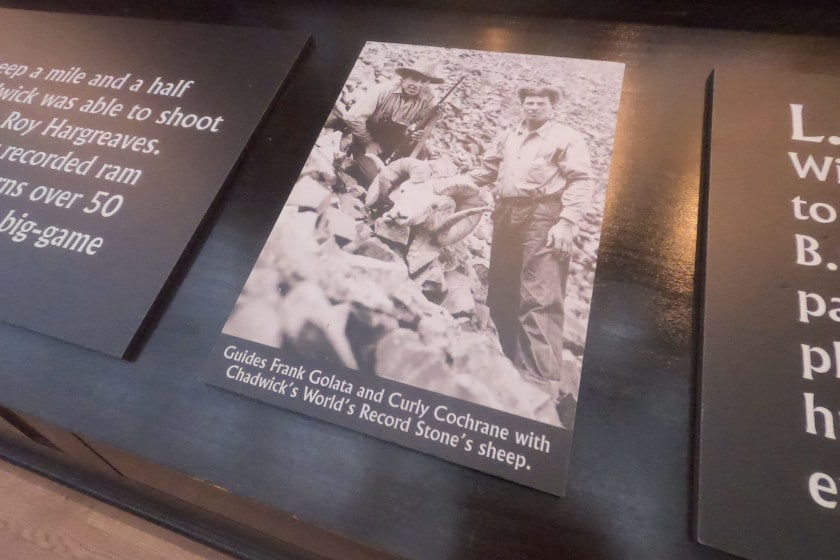 Before we get into the hunt, we feel compelled to share a few details on the hunter, Lee Sherman Chadwick himself. Simply because the man was the very definition of an American success story. Born in Vermont in 1876, he possessed only an eighth-grade education when he was admitted to Purdue University in 1895. He graduated four years later, earning a Bachelor of Science degree in mechanical engineering. It didn’t take Chadwick long to put that degree to good use. He was involved in the development of one of the first motor cars from Searchmont Motor Company in 1902. Then, in 1905, he formed the Chadwick Engineering Works. He then designed and produced the Chadwick Touring Car, which is considered one of the first sports cars ever produced. It had a six-cylinder engine giving it the ability to reach 70-100 miles per hour. His cars burned out the competition at the racetrack and they produced cars until 1916.

Much like Henry Ford and other early pioneers in the automobile industry, Chadwick had a marked interest in hunting and the outdoors. In 1936, when he was 61 years old, Chadwick hopped a train to Northern British Columbia for a dream 60-day hunting expedition near Muskwa River. It was extremely rugged, and remote country. It was the type of place most hunters didn’t even try because of the logistics of organizing a trip up there. He didn’t know it at the time, but he was about to make hunting history.

The Hunt for the Chadwick Ram 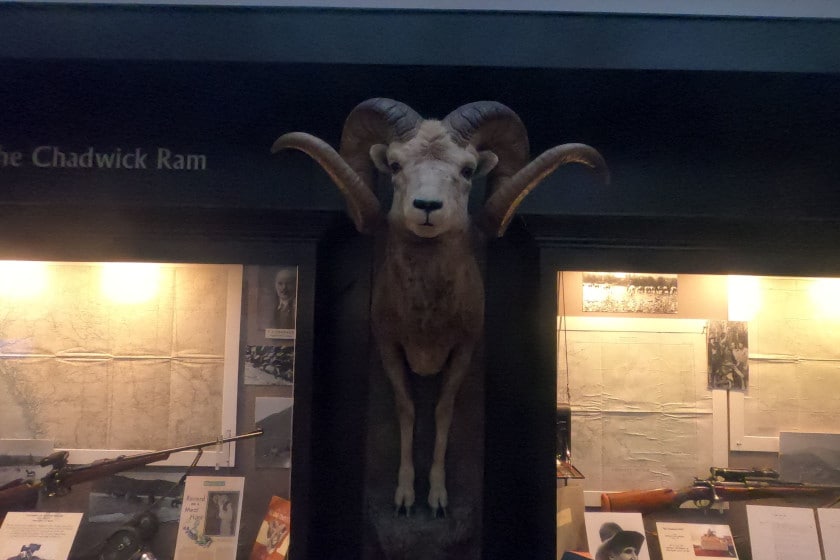 For this expedition, Chadwick was accompanied by his hunting buddy Roy Hargreaves and two local guides, Walter Cochrane, and Frank Golata. The group had only been hunting for six days when they reached their next camp. According to Boone and Crockett, it was Hargreaves that gave the group a bearing on where they would hunt the next day after he spotted a group of sheep on a nearby mountain. The following morning the group saddled up their horses and rode in the direction of the last sighting. It was afternoon by the time they finally caught up to the group of sheep they’d spotted. The hunters spotted three good rams. The only problem was they were standing on a ridge over a mile and a half from their position. The terrain was steep, so they had no choice other than to leave the horses and go on foot.

Because it was late August, the conditions were dry and hot. The going was not easy. When the group finally reached the top of the ridge, they discovered the rams had moved down further into the valley, approximately 2,000 feet below where they had last seen them. They were forced to put on a spot and stalk, which got them about 200 yards from the group, close enough for Chadwick to make a shot. Chadwick’s first shot was not ideal. It hit the animal low.

“He started off at a terrible speed, and I started to pour lead into him,” Chadwick said later, as recorded by Boone and Crockett. “I shot four times, one of these hitting him lightly in the hip. Roy followed him on the run, and when the ram started up the mountain he could not keep up with the other sheep. This gave Roy a chance to get in the finishing shot.”

According to legend, the only reason Chadwick didn’t get the final kill shot himself was because Hargreaves moved into position faster, and Chadwick, by his own admission, was not as spry as he used to be on the hunt. Remember he was 61 years old. In any case, with that, the big ram fell into a ravine where the hunters finally caught up with the animal and got the chance to inspect it in person. That’s when they realized they had something special on their hands.

Why the Chadwick Ram is One of a Kind 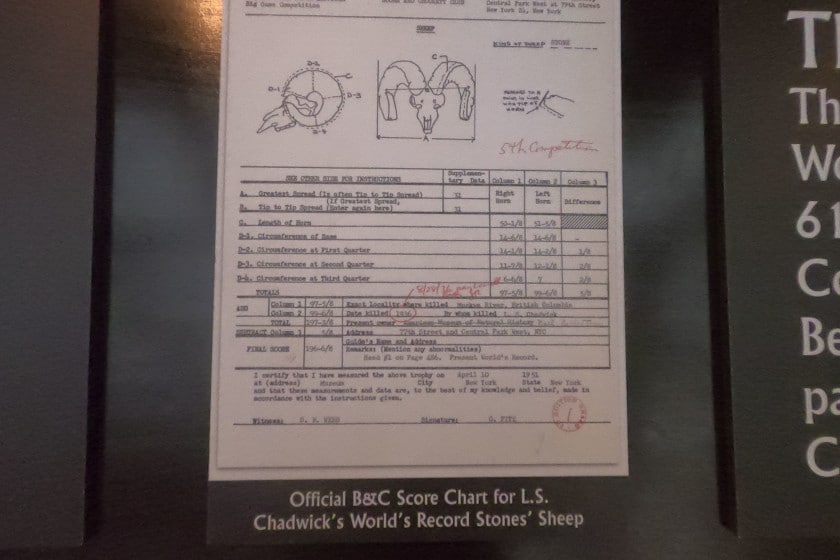 This sheep sports one of the most magnificent sets of horns ever seen in any big horn sheep species. Mostly because they are considered by many to be nearly perfect. It’s hard to find a ram of this size that doesn’t have horns that are cracked or broken in some way. And the ones that aren’t broken usually don’t have beautiful, sweeping horns with a spread this massive. The Chadwick ram has near perfect curls, with only a tiny portion of the right horn broken off. That’s the only blemish on an otherwise magnificent animal. How it managed to grow that large and that old without damaging them further just adds to the legend of this animal. The Chadwick ram is most notable because this is the only stone sheep with two horns over 50 inches long. The left horn is 51 5/8 inches and the right horn is 50 1/8 inches long.

In addition to the stunning length of the horns, the ram had a 31 2/8-inch spread and the bases measure 14 6/8 inches each. The symmetry of both horns is remarkable, with only a 5/8 of an inch difference between both sides. The ram’s final score is a whopping 196 6/8 inches. The next closest contender is barely 190 inches. After that, the top ten is rounded out by rams that measure in the high to low 180s.

It’s arguable that both horns may have been 51 inches at some point had he not broken off the pointed tip. That puts this animal in a whole other league from the closest competitors. In many ways, it reminds us of the world record smallmouth bass in that regard. It’s an animal that’s a total freak of nature. A unicorn. One of a kind. This animal was estimated to be 13 or 14 years old when Chadwick finally shot it, adding to the mystique behind it. The odds were simply astronomical against a ram growing this large, maintaining such perfect symmetry, and then hardly damaging those magnificent horns in battles with rivals all those years.

Because no one has come even remotely close to this ram in all that time, many have speculated the Chadwick ram is a record that is simply unbeatable, especially when you consider how difficult it is to get a Stone sheep tag these days. It’s fitting that these days, the Chadwick ram is a part of Boone and Crockett’s National Collection of Heads and Horns, allowing the public the chance to see this magnificent animal in person.

READ MORE: THE ORIGINS OF BOONE AND CROCKETT: A TRUE CONSERVATION SUCCESS STORY 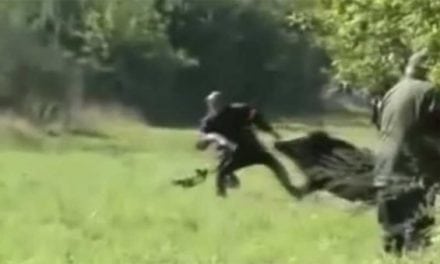 Feel the Intensity of These Shocking Hunting Moments Caught on Camera 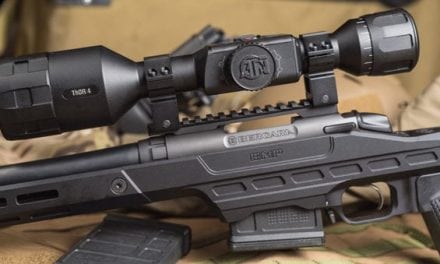 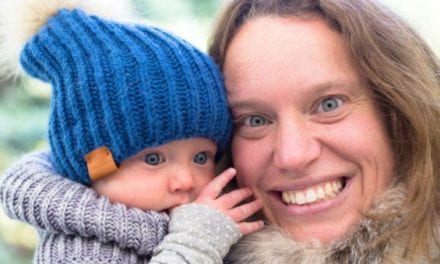 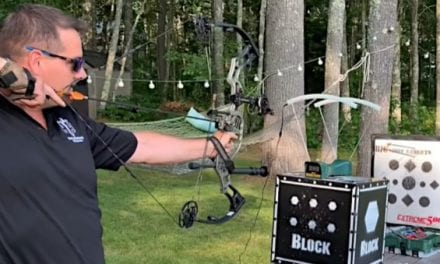