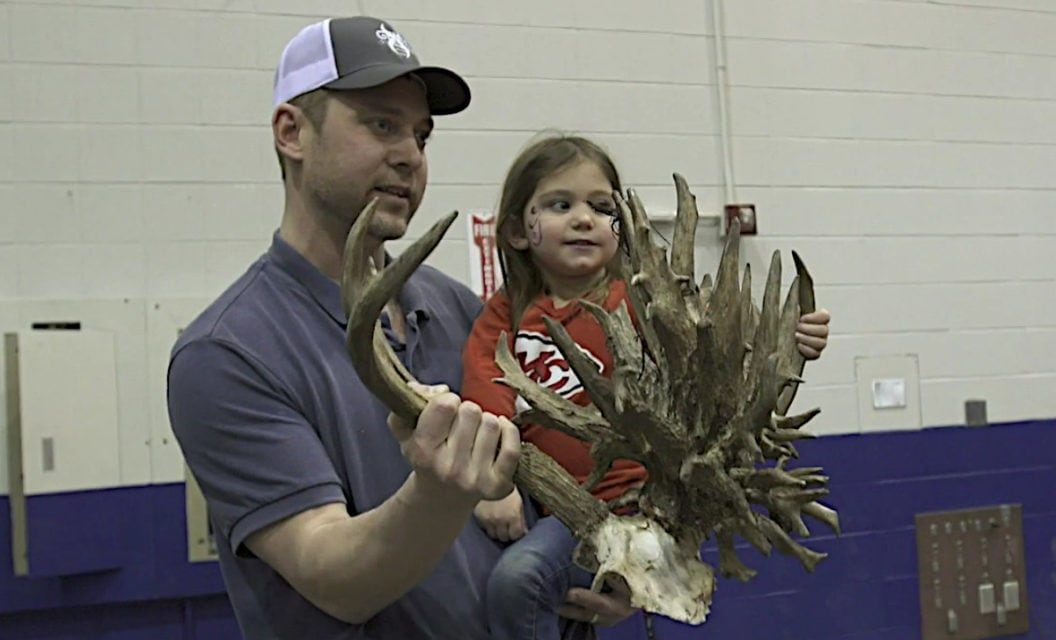 The Brian Butcher Buck: The Most Lop-Sided Wild Non-Typical Ever


There are some true freak non-typical whitetail deer that have either been harvested by hunters or found dead over the years. If you’re an avid hunter you likely know the names of the famous non-typical bucks that grace the pages of Pope and Young Club and Boone and Crockett club’s record books. Deer like the Hole-in-the-Horn, the Luke Brewster buck, and of course, the Missouri Monarch. However, just when we thought we had seen it all when it comes to what a wild, North American whitetail can grow on his head, along comes the Brian Butcher buck. This deer, harvested in Kansas in 2019 is in a class all by itself. For one, it’s likely the only 3×64 buck ever recorded. Yes, you read that correctly. This buck has only three scorable points on one side and a spider’s web of 64 gnarled points on the other that looks more like an unkept hedge in the front yard of a home.

Even the most experienced measurers of both major record keeping organizations had never seen anything like it. The buck was such a freak of nature, it took Pope & Young officials nearly five hours to complete a panel scoring session where they confirmed the deer as not only a new Kansas state record, but the second largest buck ever killed with archery equipment with an entry score of 321 3/8 inches net. This is how this buck rewrote big game records despite having all its irregular antler contained to one side.

The Story of the Butcher Buck 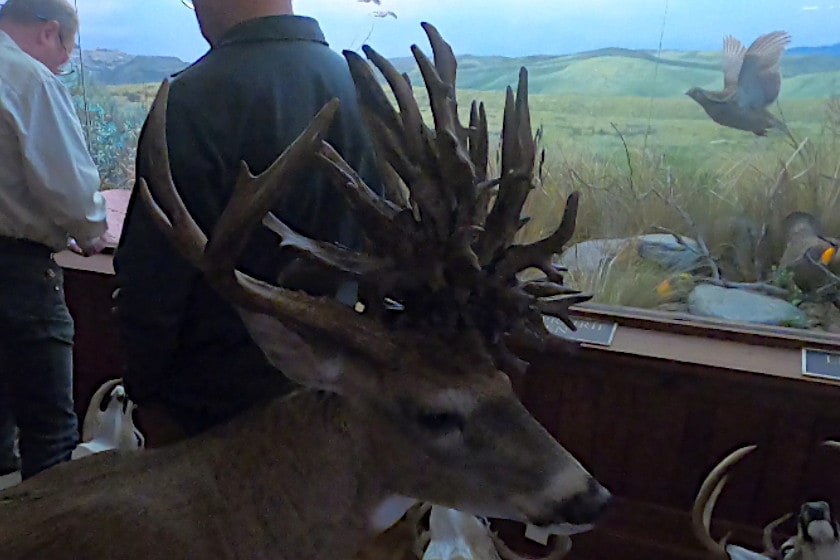 Amazingly, this whitetail and Butcher flew a bit under the radar after the bowhunter arrowed it in Chase County, Kansas in 2019. According to Buckmasters, Butcher and his hunting buddy got their first glace at this famous deer in late April when the deer showed up in a trail camera photo. Because the buck’s rack was in an early stage of development, they had no way of knowing it would turn out to be an animal that would take the deer hunting world by storm. In fact, they had zero reason to think it was one of the biggest bucks of all time. Butcher told the publication he forgot about the deer after it failed to show up on camera again.

That was, until October 11 when Butcher decided to try a new treestand placement near a creek and an overgrown field. His main goal of the day was to clear out some new shooting lanes. By his own admission, he certainly wasn’t expecting one of the biggest bucks of all time to come ambling past! So, it was fortunate he brought his bow along.

“My intentions were geared toward an early observation hunt,” Butcher told Buckmasters. “I didn’t have any real expectations. All I did was spend some time in the stand and remain focused.”

According to Buckmasters, it didn’t take long for deer to start showing up. Brian saw several deer, including a nice 9-point before the big non-typical stepped out. Much like the story behind the Sammy Walker buck, the hunter was initially confused, thinking the deer had some sort of debris caught in his antlers. It wasn’t until the deer got closer that he realized it was a mess of non-typical antlers. In what was likely a wise move, he quit looking at them to focus on the shot. Fortunately, the buck came in and gave Butcher a perfect 25-yard shot broadside. The shot was a perfect pass-through and one of the largest non-typical whitetails ever was down for the count.

What Makes the Butcher Buck Special 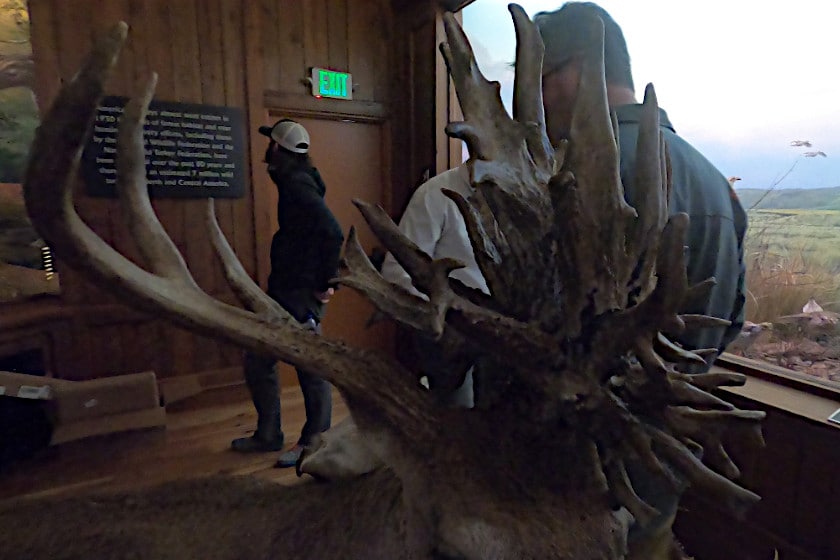 One of the more amazing aspects of this deer is how the story and the Kansas bowhunter who harvested the animal, almost flew completely under the radar for more than a year after the harvest. Of course, the coronavirus pandemic had a hand in slowing an official scoring session from happening. The deer was not officially panel scored by Pope and Young until August of 2021 as a result. From there, word slowly leaked out about the giant buck’s net score of 321 3/8, and what may be the most lop-sided rack of all-time. Even though there are some freaky whitetails in the non-typical categories of the record books, most at least share similar characteristics between the two sides. The Butcher buck is an exception to that rule with a completely normal three-point right side. Just hearing the fact that this deer is a 3 x 64 is enough to make even the most seasoned hunters stop in awe. In fact, we’d wager a bet that most hunters would never suspect both antlers came off the same deer had these antlers been discovered as sheds.

Many hunters began throwing around the term “cactus buck” after seeing this deer. Both Pope and Young, and Boone and Crockett have long-standing rules that exclude these types of bucks from the books because they often have damaged testicles that can result in unnatural antler development, sometimes over the course of years without shedding. However, Pope and Young allowed the deer to be scored. We suspect that was because there was trail camera evidence the buck had grown this unbelievable crown the same year it was shot. It also seems likely that the buck’s normal right side helped make a strong case this was not a cactus buck.

Further illustrating how special this deer was, the buck has a staggering 245 1/8 inches of abnormal growth on the left side and ZERO on the right. There may never be another non-typical ever with that much of a disparity between sides. The fact that the deer achieved a 343 3/8 gross score and 321 3/8 net with essentially only one antler is mind-boggling. Just take a moment to imagine if the right side had been anything like the left. We could have been potentially looking at a set of antlers that may have scored in the high 480s to 500 range! Those numbers have been reached by whitetails before, but only in pen-raised deer that are pumped full of hormones in a controlled setting. Had this buck matched on both sides, Butcher would have had a world record that was for all intents and purposes, unbreakable.

The rarity of this type of deer is also what makes the Butcher buck special. Less than a dozen whitetails have ever been confirmed to break the 300-inch mark. Of those, at least two, the Hole in the Horn, and the Missouri Monarch, were found dead. The others were harvested with firearms or muzzleloaders. Only two, the Butcher buck, and the Luke Brewster buck, were taken with archery equipment. You have better odds of winning the lottery or going into space than you do shooting a wild whitetail with 300 inches of antler on his head! That 321 3/8-inch score officially puts the Butcher buck as number two all-time in Pope and Young’s books and number four all-time in Boone and Crockett’s. We’d be willing to bet it’s likely going to hold those spots for some time to come too. The Butcher buck is truly a freak of nature, and one that the whitetail hunting world won’t soon forget.

The post The Brian Butcher Buck: The Most Lop-Sided Wild Non-Typical Ever appeared first on Wide Open Spaces. 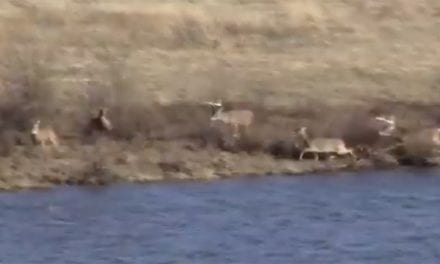 You’ll Never Believe Where This Crazy Rut Chase Winds Up! 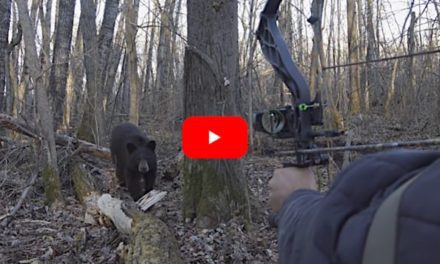 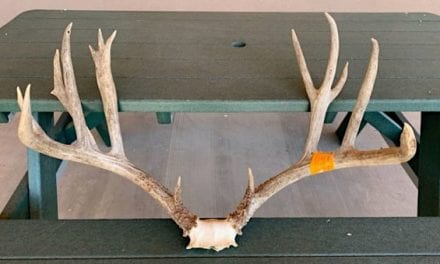 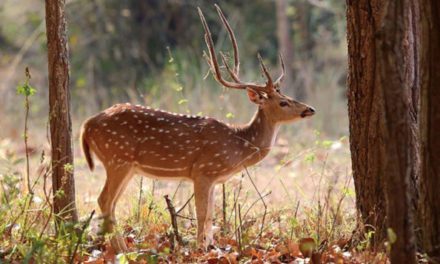 How Axis Deer Are Impacting the United States