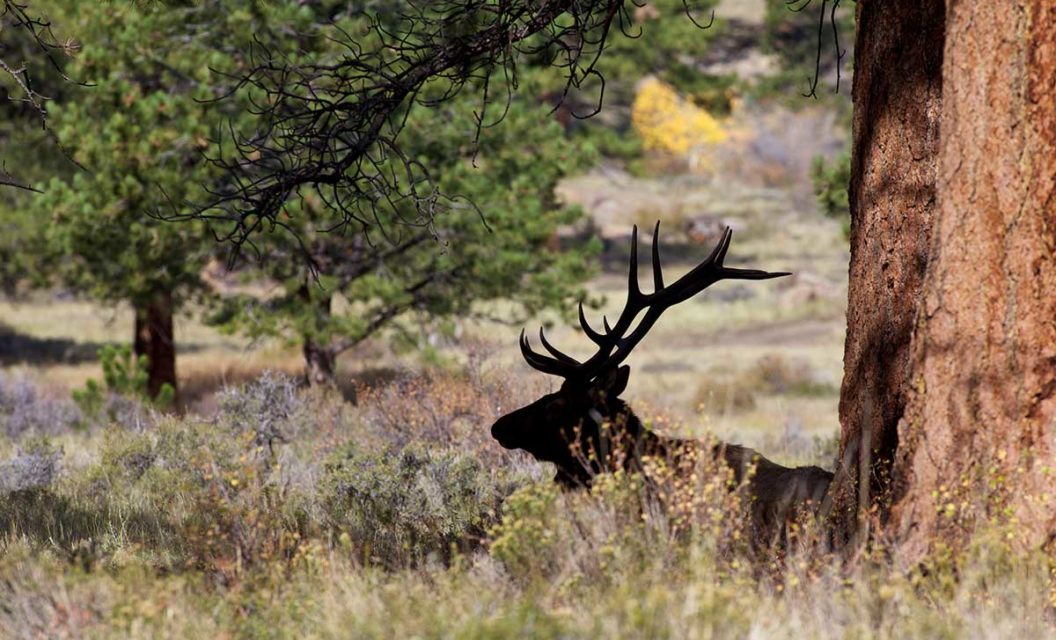 How to Identify Elk Sign for Both Hunters and Non-Hunters

Elk hunting in Colorado is as famed as its mountain ranges, hiking trails, or ski slopes. As a new hunter living in Colorado, I was highly interested in learning how to do it. Fortunately, one of my friends invited me on an elk hunt shortly after I moved to the state. He taught me the basics of bowhunting for elk while we hiked many miles around the Gunnison basin. Together, we searched for elk sign, bugled in a few bulls, located bedding areas, and eventually filled his archery tag.

Part of learning to hunt elk involved learning how to spot and interpret elk sign, both fresh and old. Elk are an incredible species that behave in unique ways: ear-splitting bugling, rolling in mud wallows, rubbing the bark off trees, and sparring with rivals. Whether you enjoy hunting or just like to hit the trails for a hike, elk sign is fun to find for any outdoor person. If you spend time in a Rocky Mountain state, keep your eyes out for elk sign. It’s pretty exciting to know you’re on the home turf of an amazing creature, and these are some of the things you can catch a glimpse of. 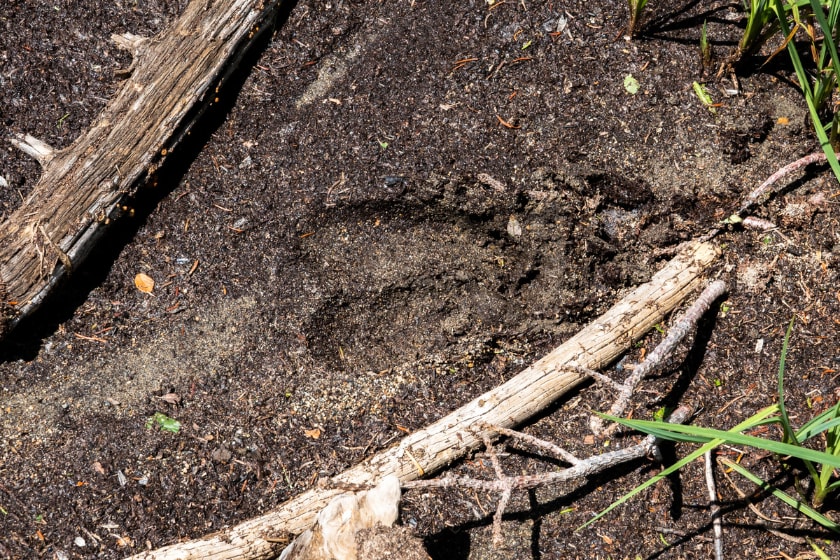 Footprints are one of the most common elk signs you can identify. Since these large animals can weigh upwards of 700 pounds, they have large hooves that leave deep hoof prints in soft ground, dusty trails, or mud. Elk are in the deer family and leave prints very similar to mule deer and whitetails–their’s are just much larger.

Keep in mind that many elk also live near cattle grazing on public lands. Cattle tracks and elk tracks can look quite similar, especially when they’re old or in a very mucky area. Elk tracks tend to be more molar-shaped; their two toes form the two halves of the print, being wider at the base and slightly more pointed towards the tips. Bull elk tracks tend to be wider and thicker than a cow elk’s. Both cow and bull elk tracks can include dew claw prints behind the main footprint, too. Actual cow tracks are more square with rounded edges and can be bigger than elk tracks, especially if it’s a bull cow. However, cattle generally use different trails than elk. Elk trails will be narrower and travel through denser timber than cattle. Additionally, cattle are only present in areas with active grazing permits. 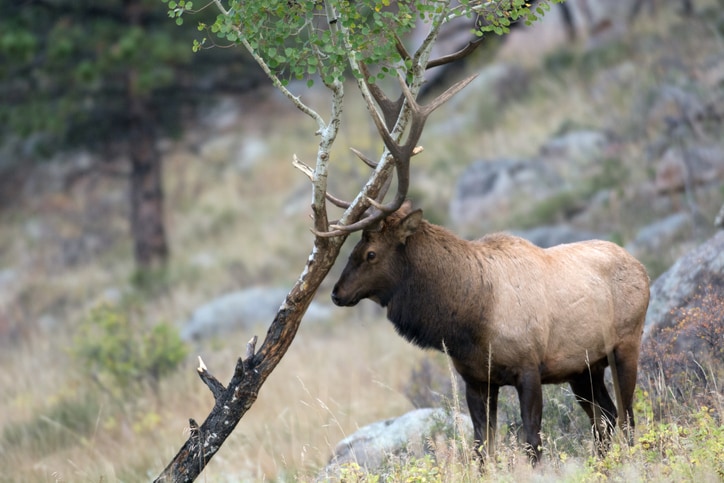 Have you ever noticed a small-diameter tree with the bark violently rubbed off on one side? That’s most likely an elk rub! Both deer and elk make rubs with their antlers to both mark their scent and scratch off itchy velvet at the end of antler-growing season. Another theory is that they do this to strengthen their neck prior to the rut, or when they battle other bulls to breed herds of cow elk. Sometimes, bull elk will rake trees as a sign of dominance, too. 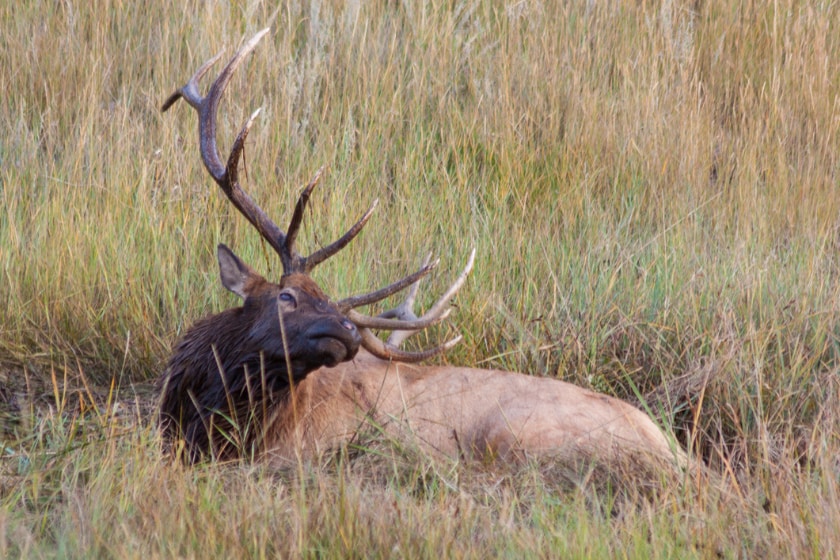 Elk wallows are kiddie pool-sized puddles near streams, cattle ponds, muddy drainages, and other damp, muddy places that can hold a little bit of water. Maybe you’ve seen one if you’ve ever hiked off-trail while following a small drainage. Occasionally, you’ll smell them before you see them; bull elk use wallows to coat themselves in water, mud, and urine, making them extra-stinky with pheromones. This stench, combined with bugling, allows bull elk to attract herds of females each fall.

I know a fellow hiker that once, in a bout of desperation, used elk wallow water to refill her water bottles on a backpacking trip. She hadn’t found any clean water for miles and settled on filtering and purifying some wallow water to quench her thirst. She told me that she’d never do that again; she didn’t get sick, but the flavor was so repulsive that she had to force it down. Whether you’re hiking or hunting, maybe consider utilizing that muddy creek before it comes to drinking from a wallow. 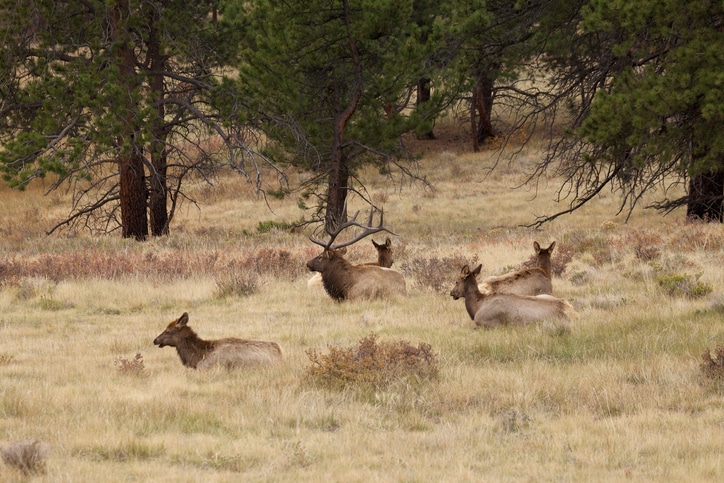 Just like humans, elk sleep in beds. They tend to sleep in groups–especially herds of cow elk with calves. Due to their size and weight, you can easily identify indented patches of vegetation scattered neatly along a hillside, even after just one night’s sleep. Similar to humans, they’ve got to use the bathroom when they wake up. Oftentimes, elk scat can be found along the edge of elk beds because they simply stood up and got the job done. Cow elk beds will have urine at the edge of the bed and bull beds have urine in the center because, well, differences in genitalia. All this bathroom activity makes elk bedding areas rather smelly, too.

If you’ve ever thought, huh, it’s kind of weird that it smells like horses and these patches of grass are completely matted down in a small circle, then you probably found an elk herd’s bedroom. 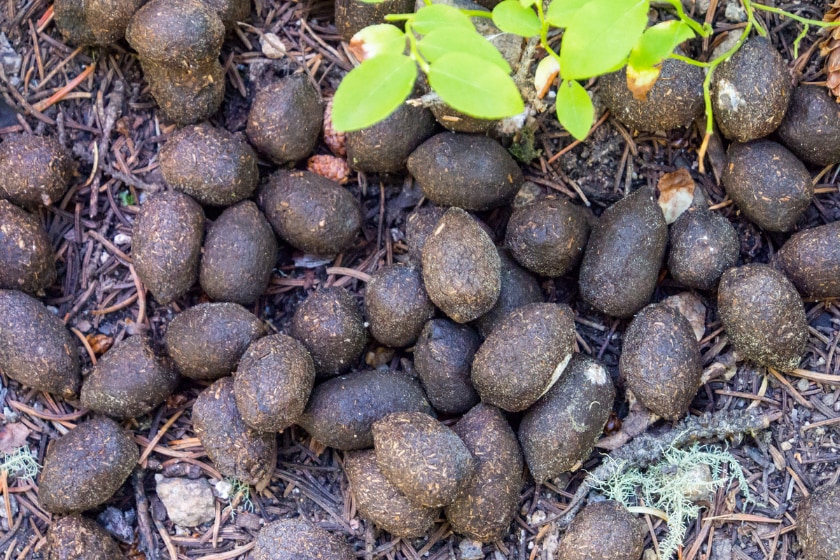 Learning how to spot elk sign isn’t always glamorous. As previously mentioned, it’s common to find elk scat near bedding areas. Elk also poop while walking, so you can find it along game trails, roads, hiking paths, grazing areas, and anywhere else elk decide is a good place to be. Elk poop looks similar to deer poop in that it’s made up of small, pellet-like clumps piled together. Depending on their diet, scat can be piled up more like a cowpie or resemble large jellybeans. If the poop looks really similar in size and shape to tater tots, you’re probably looking at moose poop, not elk. 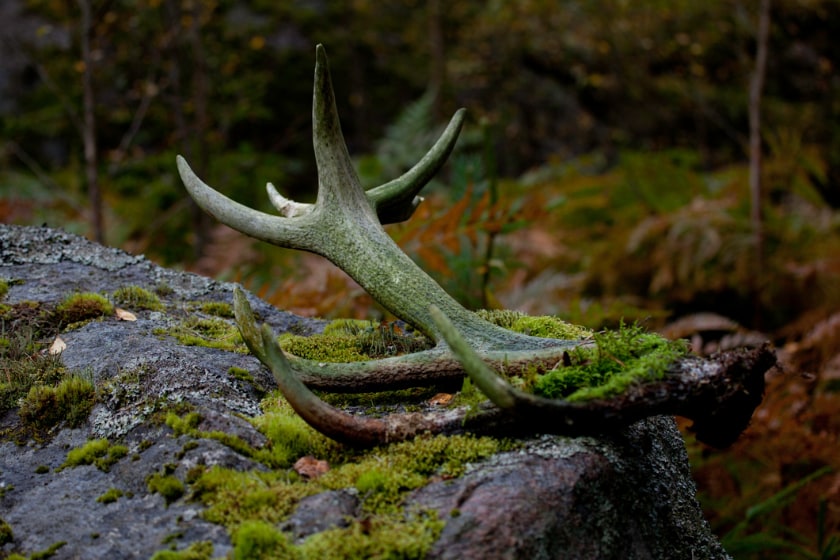 Antlered animals shed their old ones and grow new ones every year. Elk, mule deer, whitetail deer, moose, and every other antler-donning cervid shed antlers in the spring, grow new ones covered in velvet during the summer, harden them in the fall, and rock them all winter long. In fact, antlers are the fastest-growing bones in the world.

Elk’s antlers get bigger the older they get. They start out short in length with typically one or two points at the end. Colloquially, these animals are called “spikes” or “forkies” if the antler is forked at the end. As they age, they’ll start growing three, four, five, or even eight points or more on each side. In their prime, elk antlers can weigh upwards of 20 pounds each; hence the need for a strong neck.

Old antlers that have fallen off their respective elk each spring are called sheds. These are really fun to find for anyone who enjoys the outdoors. You can find them in the areas elk frequent in late April or early May when the snow starts melting and new vegetation becomes available. Elk sheds are among some of the coolest to find out in the woods, too. You can keep them and use them as home decor, dog chews, or even sell them and make up to $20 a pound. 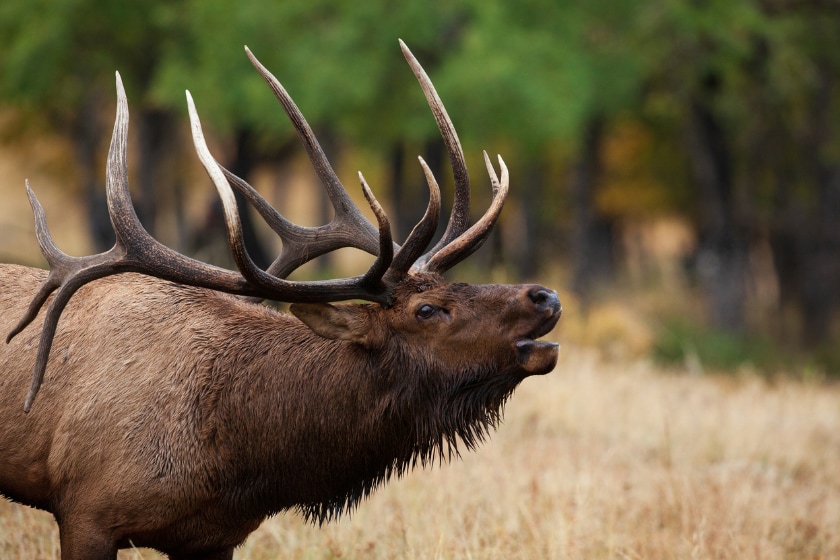 Have you ever hiked the Rockies in September only to hear a trumpet-like ringing fill the air? What about visiting Rocky Mountain National Park during peak fall colors and watching the herds of rutting elk bugle at each other in the valleys? Whether you’ve got binoculars in your hands or a bow, listening to bull elk scream is impressive for any outdoor person. No other animal in North America makes a sound quite like this.

Bugle calls are also used by hunters during the rut to mimic rival bulls. If done right, a yelling match will occur between a dedicated bowhunter and an angry rutting bull. In addition to bugle calls, mew calls are another tool used to mimic elk. Cow and calf elk make a “mew” sound to communicate with each other and the rest of the herd. It’s short, high-pitched, and honestly sounds pretty darn cute.

Learning how to spot elk sign enhances any outdoor experience. Whether you’re trail running, exercising your dogs, foraging for plants, or hunting, looking for elk sign can be a fun scavenger hunt. To me, knowing more about the critters who live in the places I love makes me enjoy them even more.

READ: Biggest Differences Between a Guided Elk Hunt and a DIY Elk Hunt

The post How to Identify Elk Sign for Both Hunters and Non-Hunters appeared first on Wide Open Spaces. 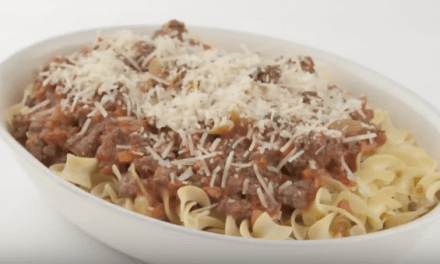 The Time Craig Morgan Showed Up For Deer Camp 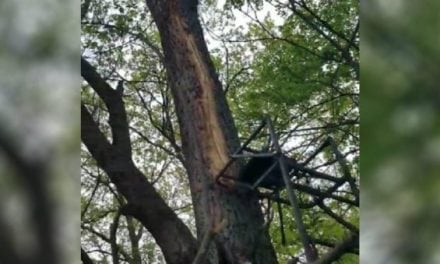 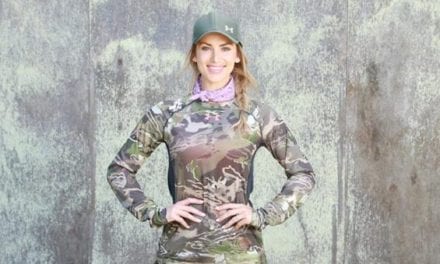 5 Things to Love About Eva Shockey