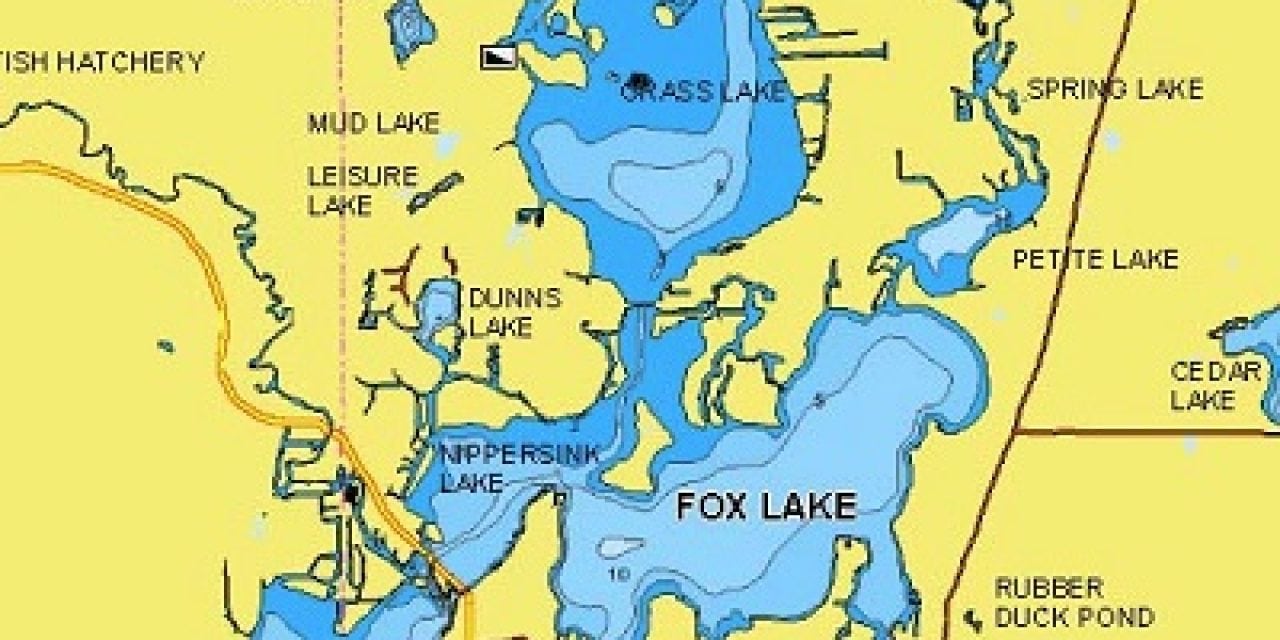 Have you Heard Of The Fox Chain of Lakes, IL The popular Fox Chain of Lakes straddles the border between Lake and McHenry counties in northeast Illinois and stretches from Antioch, near the Illinois/Wisconsin state line, down to Pistakee Lake near the city of McHenry.

Formed by ice age glaciers and later augmented by several manmade dams, 15 navigable lakes make up the chain. The area has been a hotspot for recreation seekers for more than 100 years; perhaps most notably during the early 20th Century when it became a notorious playground for many of Chicago’s bootleggers and gamblers.

Just an hour’s drive from the Windy City to the east and Milwaukee, Wisconsin, to the north, these days it draws thousands of visitors—some estimates say up to 30,000 during the summer peak period—each weekend.

Still, the lakes offer plenty of opportunities for anglers of all types, according to Northland friend Doug Kloet, of Capt. Doug Kloet’s Guide Service. A U.S. Coast Guard licensed charter captain, with 20 years’ experience in guiding anglers on the region’s highly pressured waters, Kloet regularly pursues walleyes, muskies, crappies and other panfish on the chain. “When my clients are bass anglers I typically head for Lake Geneva in Wisconsin,” he says, “but I know the Fox Chain also offers some excellent largemouth fishing.”

Water in lakes Channel and Catherine tends to be a bit clearer than that in Grass, Fox and other lakes south of where the river’s main channel enters the system. In addition, the upper lakes feature more structure, according to the angler. Consequently, much of Kloet’s angling attention is focused here. Here’s his season-by-season take on fishing the chain.

1. Ice out on the Fox Chain typically arrives in March, with crappie and walleye action heating up in early April. They could come earlier or later, however, depending on the weather. When surface temperatures begin to climb in the system’s many back channels, Kloet recommends targeting crappies with a small jig-and-minnow combo under a float.

“A 1/64-ounce Mud Bug Jig is probably my No. 1,” he says, “but you can go a little heavier with something like a 1/32-ounce RZ Jig—or even lighter, depending on the situation. Usually, though, you get more bites on lighter jigs. “You can’t go wrong tipping a jig with a live crappie minnow,” he says, “however, soft plastics work, too. Keep them small, though; no more than 1½ inches long—something like an Impulse® Mini Smelt or Water Flea is just the right size.”

Crappies in the back channels often hold in as little as 2 to 3 feet of water, so he recommends setting the jig 18 inches below the float and casting tight to cover. “It’s all about precision casting,” says Kloet. “Whether it’s a dock, a tree, or a boat in the water, you want to put the bait right next to cover—or under it if you can.”

The chain features a number of backwaters that hold early-season crappies, but the guide offers a toehold to anglers new to the system. “Try the channels on the east and west sides of Channel Lake,” he says, “as well as the channel on the south shoreline of Bluff Lake; they always seem to hold early crappies, especially on sunny days when it’s warm and calm.”

Back channels are prime territory for early bass, too. Kloet recommends flipping Jungle Jig® tipped with a craw or creature bait, a Texas-rigged worm or a wacky-rigged Impulse® Dipstick to docks and other shallow cover in these protected areas.

Walleye fishing is a shallow game this time of year as well. And on those warm spring days, Kloet often starts out targeting ’eyes during the early low-light period, then switches to crappies as the sun rises in the sky.

“Again, we’re talking 3 to 5 feet of water, but here you want to focus on shoreline flats that warm up quickly,” he says, “especially those where there are newly emerging weeds.” Channel Lake’s southeast shoreline, the flats surrounding the major point on Lake Marie, and Bluff Lake’s north shoreline are all excellent spots for early walleyes, as is the Fox River—both where it enters and exits Grass Lake.

“Here I like to drag a 1/16- to 1/8-ounce Fire-Ball® Jig tipped with a fathead minnow along the bottom,” he says. “Yellow-and-orange or yellow-and-chartreuse are always productive, so go with the Sunrise or Parakeet patterns, at least to start with. In the river you can also troll a 2-inch Rippin’ Shad, or a shad-body stickbait with good success, but stick with bright colors that fish can see more easily.”

2. By mid to late May water temps on the chain have risen enough to push walleyes deeper, according to the angler. “Fish the same areas mentioned earlier, but move out to the 6- to 10-foot depths.”

Weeds will be more established, though they seldom grow at depths past 10 feet, he explains. Jigs tipped with half a nightcrawler combos will produce walleyes from the weedlines, as will trolled crankbaits. But this is also prime time to drag a Baitfish Spinner Harness-and-nightcrawler behind a bottom bouncer.

“This is also when I start muskie fishing,” says Kloet. “The system holds a lot of muskies, and the population’s size structure is good. My best here is 47 inches, but I know of 50s that have been caught.” The angler recommends casting twitch baits and glide baits along the flats on the north ends of Channel and Catherine lakes. “The east shore of Lake Marie is also good this time of year,” he says, “along with the north end of Bluff Lake and the channel between Bluff and Petite Lake. Basically, you’re looking for shallow areas with emerging weeds that warm up faster than the main lake.”

3. By mid-June summer has typically arrived on the Fox Chain, pushing walleyes deeper—past the 10-foot mark, according to Kloet. Anglers can still catch fish casting jigs or cranks, especially early or late in the day, but for the most part, trolling cranks or bouncer-and-spinner rigs is the go-to technique.

Muskies, too, tend to slide deeper now, he says. Weeds are still the key cover, but in general, the 6- to 10-foot depths are more productive. “Now’s a good time to cast something like a Bird-Shot Bucktail or Bionic Bucktail Spinnerbait, or some sort of topwater. Trolling crankbaits is another solid option, and often produces best during the hot-weather period.”

For warm-weather bass the angler recommends focusing on established weedlines with crankbaits, spinnerbaits and soft plastics. Or, try drop-shotting an Impulse® Tube or Smelt Minnow.

Summer patterns for all species usually hold until the first cool down in August or September. “Walleyes will generally be in the same areas before, but they tend to form tighter schools and hold closer to cover,” says Kloet. “And it’s about this time the white bass bite really takes off. In fact, we’ve had a number of 200-fish days this time of year.” A flat that drops steeply into deeper water is a prime spot for white bass now, he says. “One of the best is just west of the point on Lake Marie. Move along the 15- to 20-foot contour as you search for fish with your sonar. Once you have them pegged, tip a 1/16- to 1/8-ounce Fire-Ball® or RZ jig with a live minnow or a Smelt Minnow and drop it straight down.”

4. During the fall, from late September to ice-up, look for muskies in deeper water, according to Kloet. “They’ll be near the areas you found them during the warm months, but they’ll be out in 10 to 20 feet of water,” he says. “Cast big jerkbaits or muskie-size soft plastics, or jig vertically.”

For late-season crappies, he suggests focusing on the manmade fish cribs that dot lakes Channel, Catherine, Marie and Petite. “You’ll most likely have to search for them with sonar equipment, but they offer some great fishing action in the fall. There’s also a good chance of catching a bonus walleye or two,” he says. “Go with a 1/16- to 1/8-ounce jig-and-minnow under float, or swim it past the crib. Crappies will be on those cribs all winter long.” 5. Crappie anglers continue fishing the cribs after ice forms on the lakes, but Kloet stresses that winter anglers must use common sense. “This is a moving-water system,” he says, “and you always have to be smart about going onto the ice. I can’t emphasize that enough. In fact, I don’t use a snow machine or ATV on the chain. All my ice fishing is walk-on only.”

Apart from crib fishing, the angler recommends searching for winter crappies along the 15- to 20-foot breaklines. “They’ll be a bit deeper now, and you’ll have to drill holes until you find them, but once you do, tie on a Mud Bug Jig and tip it with a red spike (aka maggot or Eurolarvae) and jig right over the top of them.“

For walleyes, the angler suggests fishing 15- to 20-foot contours off the flat on Lake Marie. “All along those breaklines can be very good,” he says. “Go with a Buck-Shot® Rattle Spoon in just about any pattern and tip it with a minnow head.

“I also like the 20-foot depths straight out from Trevor Creek on Catherine Lake,” he adds, “but this is a current area, and you have to be very careful on the ice. What’s great about it, though, is that you’re likely to catch yellow perch, crappies and white bass on a jigging spoon, as well as walleyes.”

Winter anglers in search of bluegills should head to the south end of Channel Lake, says Kloet. “This is more of a shallow-water spot that gives up numbers of ’gills,” he explains. “Small jig heads tipped with a spike or a panfish-size soft plastic, such as an Impulse® Skeleton Minnow or Bro’s Bloodworm, are top producers. It’s not a spot that where big ’gills show up regularly, but the action is almost always steady.”

Even bluegills, however, can get finicky at time. If that happens, try a small tungsten jig, like a Mitee Mouse, tipped with the back half of a Bro’s Bloodworm, or something similarly tiny. Use a very subtle—but steady—shaking action to turn lookers into biters.

The post Have you Heard Of The Fox Chain of Lakes, IL appeared first on ODU Magazine-North America's #1 Digital Fishing Magazine. 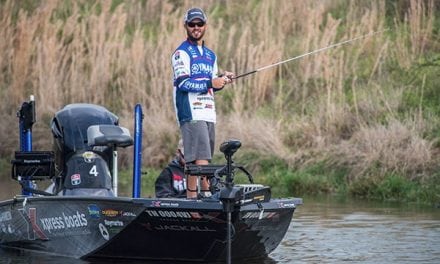 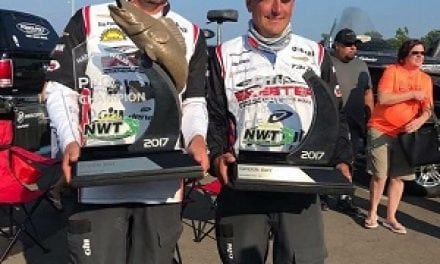 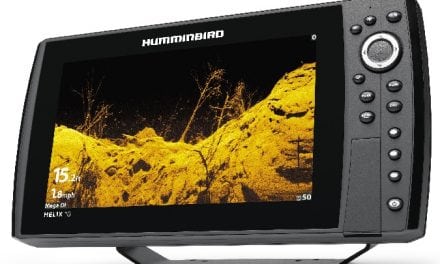 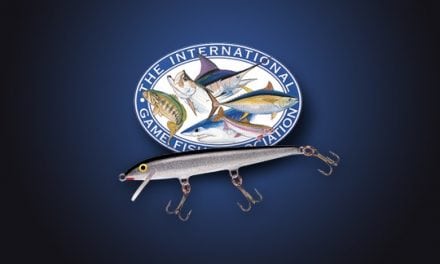