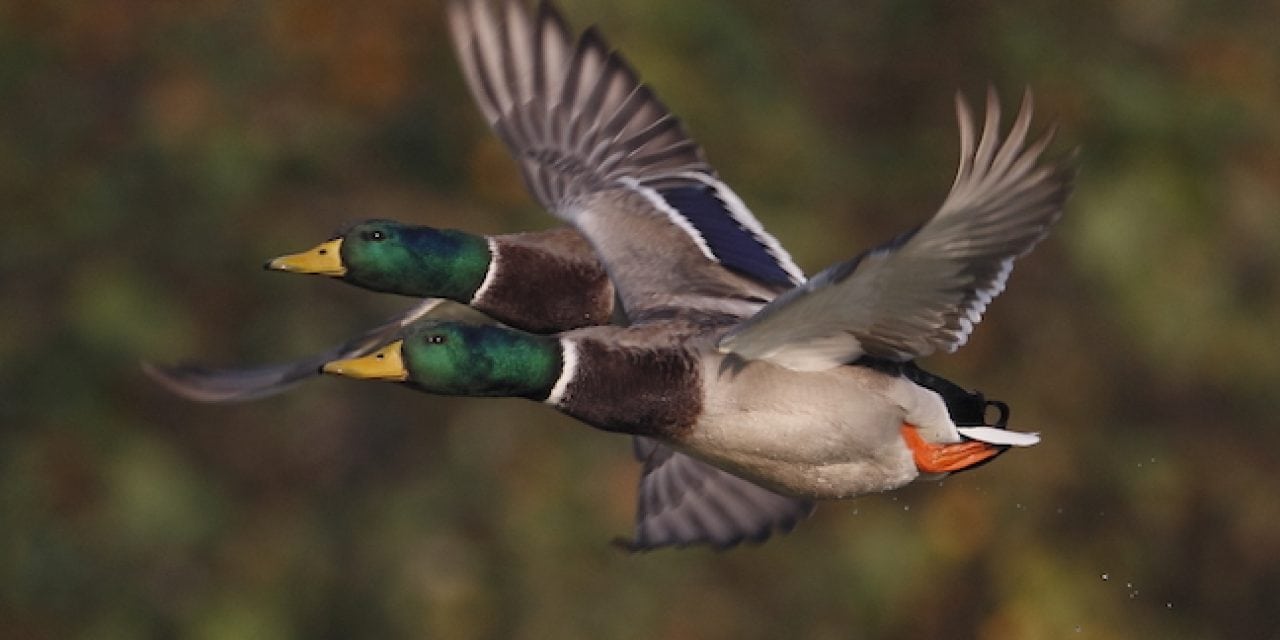 Here’s a look at waterfowl hot spots across Kansas, Nebraska and the Dakotas can expect this season, based on recent data.

Aside from a few enjoyable aspects of waterfowl hunting — the quiet of the marsh, the scent of a wet dog, rising sun, good blind companions, etc. — there are only two things that truly define the quality of the hunt; either there are, or there are not birds on hand.

The whole point of blind building, decoy painting, retriever training, gun cleaning and boot patching is to shoot a duck or goose now and then. All other related pleasures can be readily enjoyed in the comfort of a pond-side lawn chair.

All dedicated waterfowl hunters have one cardinal rule; whenever possible, go hunting. And, on special occasions, when conditions are optimal, like dark of the moon, approaching storm fronts, and heavy north winds, invent ways to make it possible. So, my mission here is to provide information that will help you get into the right place at the right time; that being a waterfowl blind when the birds are present. All you need do is combine the following information with your own personal experiences in your favorite hunting area, and then let the crapshoot begin. With any luck, you will get it right once in a while, and life will be good. You will be on the “X.”

Statistically, the abundance of nearly every species of waterfowl is at or near long-term average highs.

Black ducks have recovered enough for the U.S. Fish and Wildlife Service to boost their daily bag limit from one to two. And the gadwall population has exploded, pushing the “gray duck” into third place on the most populous list.

On the negative side, northern pintails declined for the fifth straight year, (14 percent in the 2016 survey), falling 34 percent below their long-term average, prompting FWS to cut the daily pintail bag limit to one.

Canada geese are in good shape, and of course the light geese continue to increase in numbers.

At the time of this writing the aerial nesting habitat surveys are in progress, but conditions appear to be at least normal. And good recruitment can be expected.

FWS has set a liberal duck and goose season for all flyways, with only the noted black duck and pintail regulatory changes. All the Great Plaines states will hunt basically the same dates as in 2016, but be sure to check the regulations for any site-specific date or bag limit changes.

Now that we know there will be plenty of ducks and geese coming down the Central Flyway this year, the only remaining questions are; when, and where?

The determining factor will be weather. If you will tell me what kind of weather we will experience this fall, I will gladly predict the waterfowl flights. Since we don’t hunt in a perfect world where that information is available, we can only examine recent seasons for clues as to what to expect this year.

Judging by the reports I have been reading, there are quite a few waterfowl hunters out there still waiting for a major a cold front, accompanied by hurtling snow storms that force a grand passage of ducks and geese out of their northern haunts and into the decoy spreads farther down the flyway.

Well, the truth seems to be the major cold fronts and snowstorms of yesterday are probably going to be viewed as the aberrations these days. For quite a few seasons the migration has not been greatly influenced by harsh early-winter weather events. And there is no sign that things are going to change any time soon.

What is happening is mild, snow-free weather has been clinging to the Canadian prairies until nearly December, and the distinct possibility exists that it could extend even later as time goes by. This fact alone changes everything that can be written concerning future migratory patterns of the waterfowl.

Let’s consider a general view of recent hunting seasons, which have fallen into a recurring pattern across the Dakotas, Nebraska and Kansas.

Aside from some regional success on local birds, none of the four states holds a mentionable amount of migratory waterfowl in mid-October. Most of the birds are still on the Canadian prairies. And with hunting seasons ending there soon, they are not pressured to leave. Days grow shorter, nights grow colder, but forage is abundant, and there is plenty of open water. North Dakota hunters see a trickle of ducks moving in, but most ponds remain empty. No geese are moving. Hunters down the flyway wait.

By late November, hunting success has improved in North Dakota as the migration picks up some momentum.And small flocks of ducks filtered down through the rest of the state. But there are still more “no bird” reports than success stories on the Ducks Unlimited website.

Here are my notes based on reports from the Ducks Unlimited website for most of the 2016 season:

So, from this series of reports, which seem to be about identical to those of the past few seasons, we can deduce that current migrations have come at a leisurely pace and the distribution of birds has been scattered. There were no definite patterns established, and the best way to describe it was “here today, gone tomorrow.”

Without a doubt, scouting is the name of the game in most instances. Most hunters have been putting in hours of “windshield time,” searching for newly arrived flocks of birds. All four Great Plains states offer many public hunting opportunities, but none have managed programs that plant food crops to attract birds, depending instead on natural vegetation. As result, an area that was very productive one year may not have been blessed by Mother Nature the next and see few birds. The only way to discover the hotspot is to scout, scout, and then scout some more.

You can download maps that detail all the public hunting areas in your state from the wildlife department websites.

To illustrate how the weather influences the waterfowl hunting, here are some figures from FWS surveys that show how the four states compared in their harvest of mallard ducks. Bear in mind that all four states were hunting the same flight of ducks, but their hunting seasons ended later in the year. The latest figures were from 2014-15.

It is clear that North Dakota and South Dakota closed before a great many of the migrating ducks arrived, but Nebraska and Kansas enjoyed typical hunting, especially during the later part of their seasons.

Geese were abundant, and predictably they showed up throughout the Great Plains states.

Another reason for declining harvest numbers are declining waterfowl hunter numbers. This is all the more reason to get more young folks involved in waterfowl hunting. The health of the sport depends entirely on maintaining critical breeding and winter habitat, and that requires a lot of public support, and money. If we lose that support, we lose the ducks.

There were two rather surprising changes that I picked up while analyzing the DU reports. The first was how many gadwalls were bagged throughout the Great Plains states, especially during the first four weeks of the season. In fact, gadwalls represented the bulk of birds shot during that time, outnumbering mallards by a wide margin. Considering their sudden population growth, I guess I shouldn’t have been too surprised.

The other change was that both teal and wood ducks were still being shot regularly throughout November, and to some extent, even in early December. Normally the first ducks to head south in early fall, it didn’t take them long to acclimate to climate change.

On a historical note, 2016 marked the 100th year anniversary of the Migratory Bird Treaty Act under the presidency of Theodore Roosevelt.

As game harvesting methods improved, it became obvious protections were needed to conserve the waterfowl. Migratory game birds were particularly vulnerable to market hunting and spring shooting, since crossing geopolitical boundaries set them apart from other wildlife, and a cooperative, international approach would be required to ensure their conservation.

No matter which of the Great Plains states you hunt this season, there should be good hunting opportunities available. By using the recent data available to you and the research tools offered through the state wildlife departments or other sources, you can take some of the guesswork out of planning your next trip afield.

We head into the 2017 waterfowl season with high promise of a great year. So get your boots muddy, your decoys wet, and always remember — let ’em work. 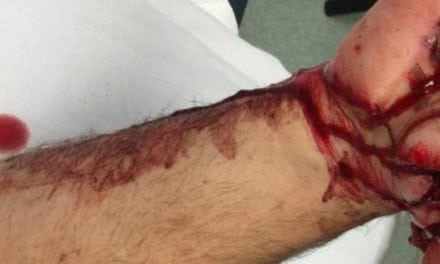 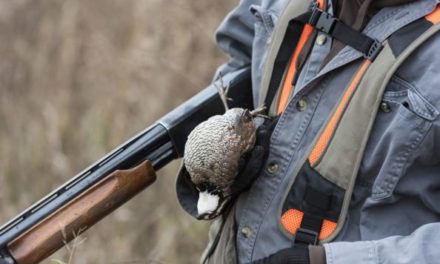 5 States With the Best Quail Hunting 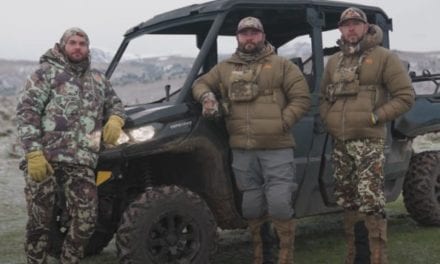