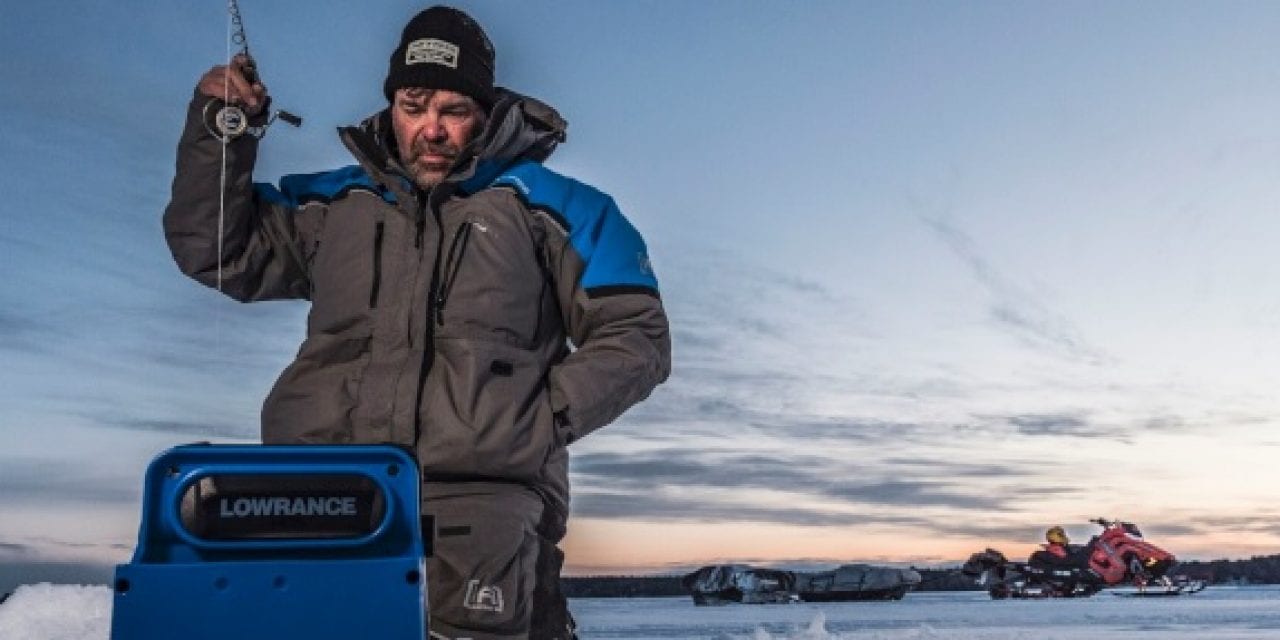 For your Next Ice Bite! Attention to Detail!

It the “Ice Bite”! It must be our competitive nature.  Something about a line showing up on a Lowrance screen, then disappearing, triggers us to focus on presentation details like no other time of the year.

In the summer we might troll two miles with the same lure before changing.  If we only knew how many fish turned down that presentation! That line would be in and a new one out in a millisecond.  Sometimes we go an entire tournament week casting the same bait, and hours with the exact same jigging stroke. But on the ice, we know when a fish turns down a presentation and that knowledge should drive better habits that day, as well as throughout the year.

Everyone who spends time at a resort fish house with buddies or huddled on a flat in a crowd knows that success travels fast.  Two fish in a row fall for a Red Clam Blade spoon and within minutes ten similar spoons tempt the walleyes eighteen feet below.  At the end of the day it always seems like one person caught twice as many as the next, even when fishing side-by-side with the same presentations.

Every fish comes into the sonar because it sees something it likes and leaves because it saw something it did not like.  Every fish is a data point in the pattern and the experiment continues until you find the detail that makes every fish bite. The best anglers have a progression of jigging strokes, cadences, and series to figure out the pattern for the day.  When the jigging stops working, new lures come out to further stay ahead of the fish. Sounds simple until you reach into the details. 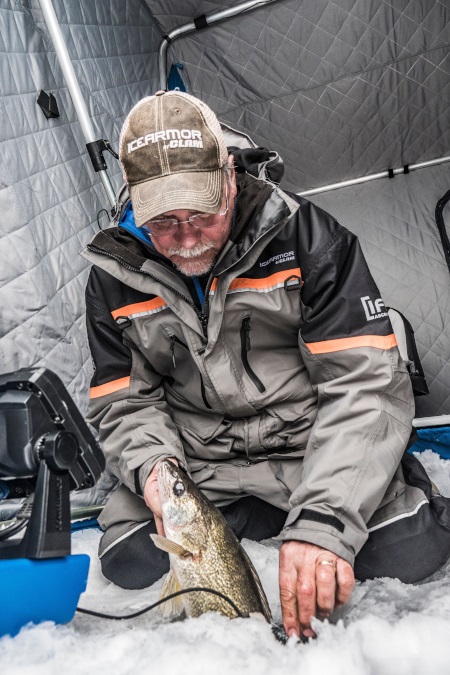 Jigging presentations fall into five categories.  The deadstick and the aggressive rip mark the edges of the options with three levels in between.  Next up from the deadstick is the shake-in-place followed by a wiggle (or pop) that moves the lure about an inch or two.  The final option is to add movement like raising the bait or pounding the bottom while working one of the other styles. In some cases, the fish will stick around long enough to try multiple combinations in quick succession so make sure you try something new for each opportunity.

After three refusals start changing lures.  Start with a Clam Blade spoon and move up (to a Leech Flutter Spoon) or down (to a Clam Speed spoon) in aggressiveness from there.  A Moonshine Shiver Minnow comes out next followed by Johnson Thinfisher, Bass Pro XPS, or Cabela’s Mean Eye blade bait. A second rod either in the Fish Trap or outside in a JT Outdoors Hot Box always keeps a jig and live bait in the equation as well.

The jigging details change a bit for the Shiver Minnows and the Blade Baits.  The Shiver Minnows have a unique action that is unlocked by short lifts of the rod tip.  This rocks the bait on its side creating a struggling action and a flash. Most anglers using blade baits forget that short, intense lifts work as well as long, slow pulls.  Both lure types are heavy and really stir up the mud so make sure to get them dirty. When the mud cloud starts to subside, lift the lure above the mess and work it off the bottom.

Cycle through color options with each lure change.  Green, red, white, blue, glow, no-glow, rattles and more.  If hard baits slow down, plastics on jigs come out next. With almost infinite combinations this is where a great angler can keep working new options throughout the day.  Carry a supply of Clam Pro Tackle Drop Jigs and Dave Genz Drop Kick jigs along with Berkley plastics in multiple styles, sizes, and colors. Walleyes eat bugs all winter and when the rest of the flat is striking out on spoons a hatching insect or hovering minnow can get those extra strikes.  Creative Berkley options include Gulp! Floating Trout Worms and 1” Minnows. Good thing that ice lures are small because we carry almost as many options as we do on a boat.

Ignore the minnow head for the first few fish.  It is much easier to add one later than convince yourself it has no effect after a few bites.  The extra time saved can lead to additional opportunities throughout the day (plus warmer hands).  When everyone else is using minnow heads, change to a cluster of waxworms to stay ahead of the crowd. 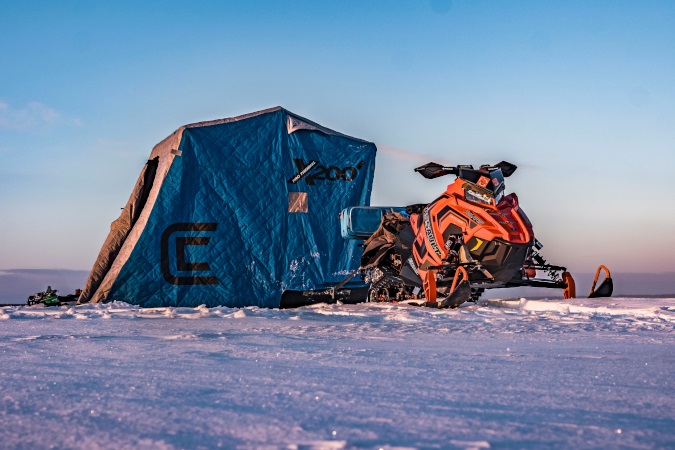 A camera is key to this pattern too.  At the start of the day use your camera in down-looking mode in the same hole as you jig to check species and fish response.  One day we kept being turned down by fish so the camera came out. It turned out that the fish were working nose-down in the mud and when we dropped our spoons into the dirt, we immediately got bit.  While pounding lures is one of our normal jigging actions, the camera gave us a shortcut to figuring out the pattern for the day.

Sometimes, the slightest detail turns the corner as well.  Stock flapper blades in a tackle box to attach to spoons. Tiny willow and Colorado blades work best.  To make more racket, take two flat-sided spoons like the Johnson Splinter, remove one hook, and join the two lures together with an extra split ring.  The hinge allows the lures to clap on each other and creates a slightly different action. Further tinkering keeps fish biting under your house instead of moving on.

Participating in, and studying tournaments that put anglers next to each other in pre-drilled holes highlights the abilities of the best to stay above the crowd.  Why would a fish swim by 50 adequate presentations to bite a small jig in a middle hole? Turns out, the best performers in these events use a small presentation that can also be worked aggressively.  A spoon with a dropper chain is a good example. It gives off flash when worked aggressively and looks like a big meal, but when a fish moves closer and the angler holds it still, the spoon part disappears and the bait on the hook remains making it easy for a fish to commit.  Small jigs come through in these situations as well.

Success on a crowded community hole does not stem from dumb luck.  Instead, constant exploration, adjustment, and a long list of effective lures and actions always leads to the Next Bite.

More From The Nextbite – https://www.odumagazine.com/?s=nextbite

The post For your Next Ice Bite! Attention to Detail! appeared first on OutDoors Unlimited Media and Magazine. 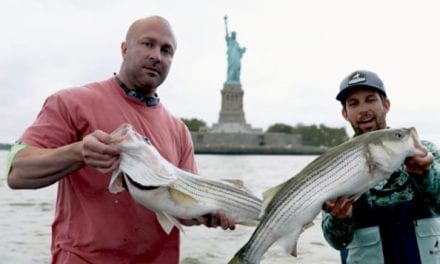 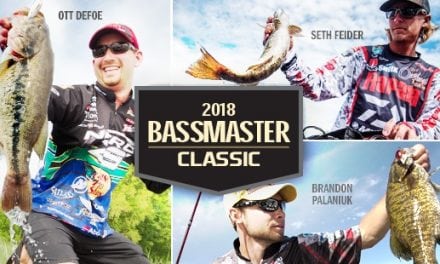 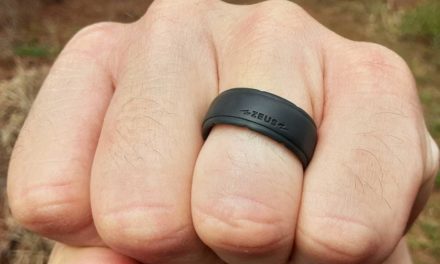 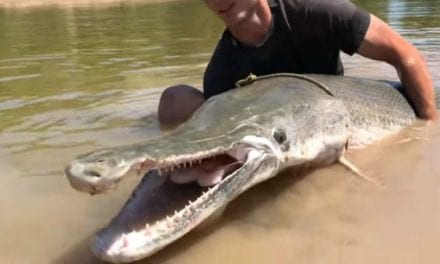