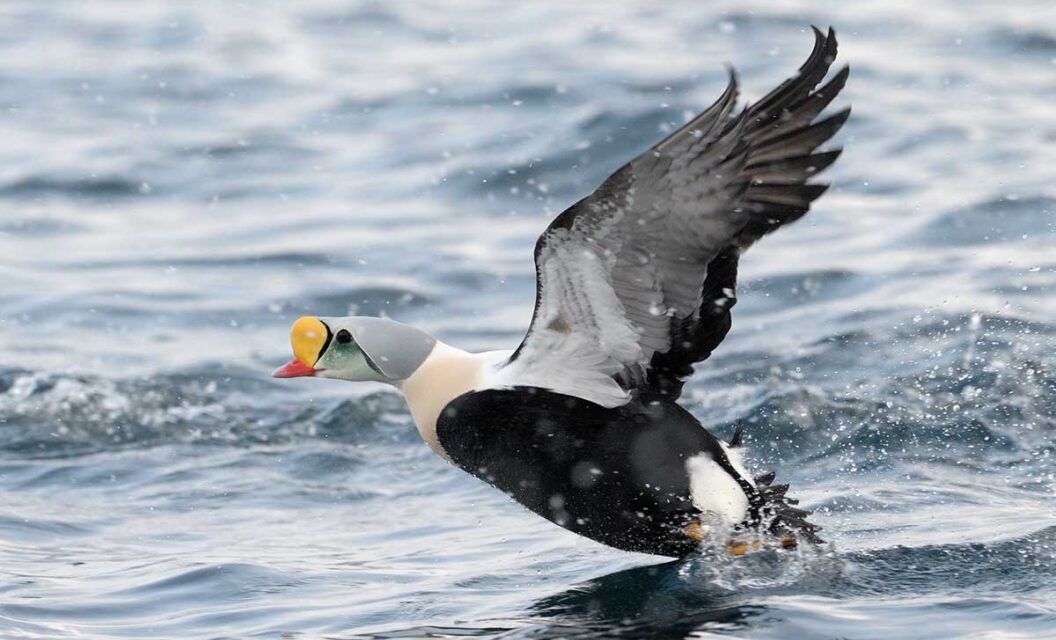 6 Rare Duck Species Every Hunter is Dying to Bag


Growing up duck hunting here in the Midwest, mallards and wood ducks were essentially the only ducks we would see. Sure, there would be the occasional black duck or teal that flies by, but greenheads and woodies were what was expected. Don’t get me wrong, there isn’t a day that goes by that I don’t enjoy shooting mallards out of the sky. And as far as meat taste goes, it’s pretty hard to compete with a wood duck. It wasn’t until I started traveling to different destinations for duck hunts that I realized just how many different species there were. And sure enough, I was determined to cross them all off my list. From wigeons to pintails to redheads, picking a duck off the water that I had never seen before got my blood flowing in a way that mallards and woodies couldn’t.

I’ve been fortunate enough to shoot many different species of ducks in the past several years. However, within the hunting community, you can’t help but hear whispers about a rare breed that someone else shot. This first came to my attention when a friend of a friend was lucky enough to bag a mandarin duck on a small hole in central Texas. Man, what I would give to be that lucky bastard! After seeing the pictures and about five minutes of aggravated jealousy, I did some research on other rare ducks that hunters in the United States have bagged. Part of this was out of curiosity, another part was a determination for a semi-impossible task of scratching these insanely rare birds off my list.

Here are six duck species that, while very possible to see in the United States, might make you want to take a trip to Las Vegas if you are fortunate to harvest even one of them. 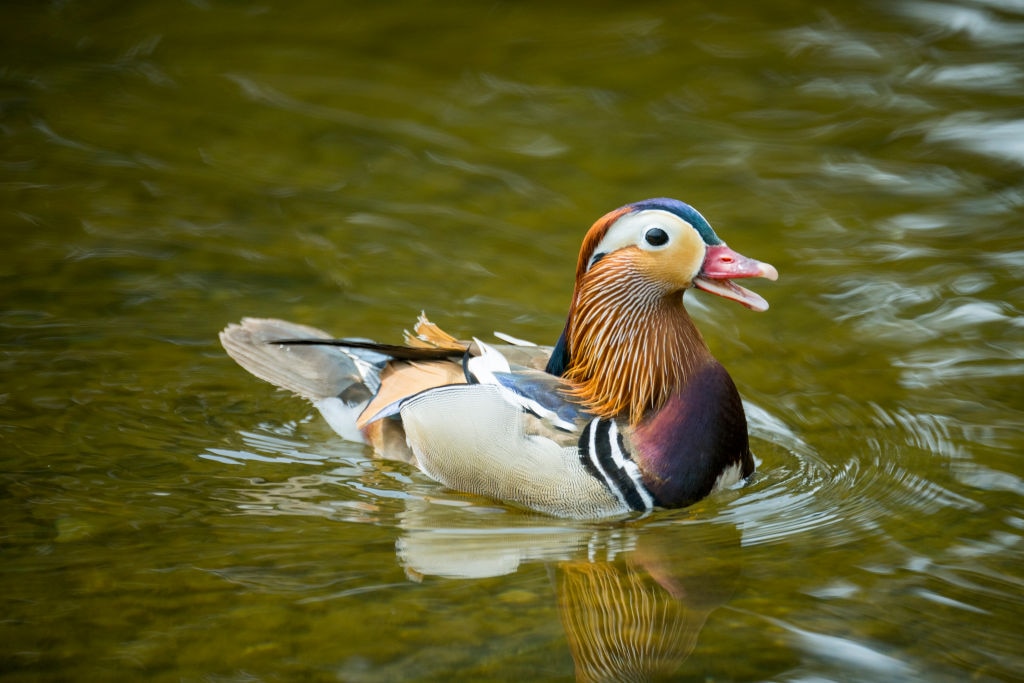 The Mandarin Duck, native to the Northeastern region of Asia, is closely related to our North American wood duck, although much more exotic-looking with vibrant orange, purple, and white feathers. Mandarin Ducks were brought over to northern California, but were mostly kept in captivity. However, there have been multiple hunter sightings in Texas, North Carolina, Florida, and even on a pond in Central Park. Bagging one of these birds is like hitting the waterfowl lottery! 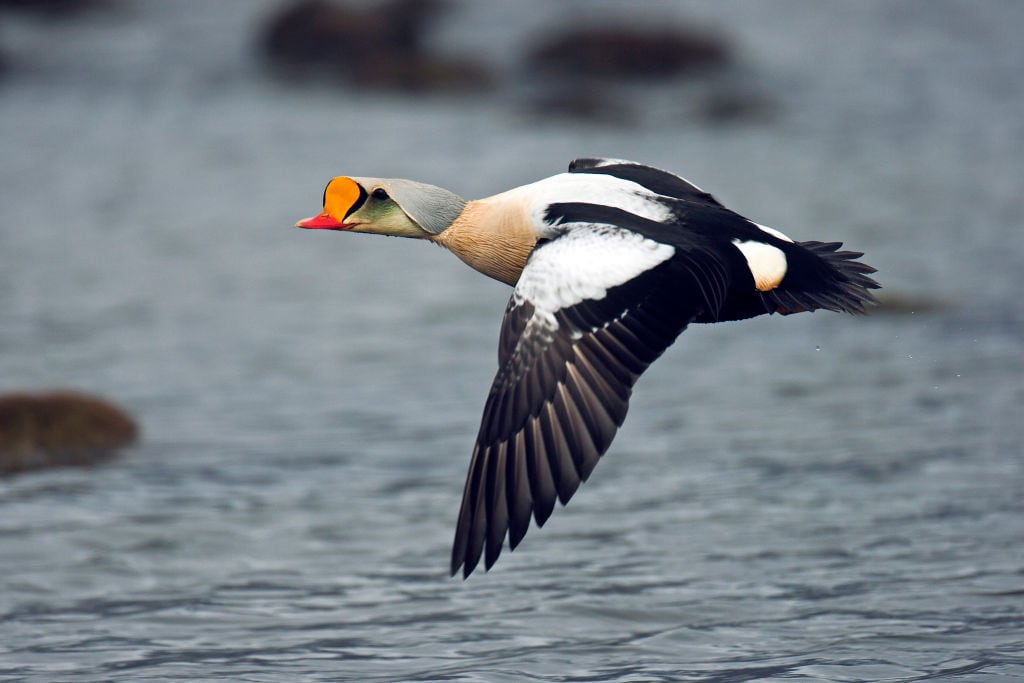 The King Eider is a very rare duck that lives almost entirely on the western coast of Alaska. They can easily be spotted by their bright yellow frontal shield just above their vibrant orange bill. King Eiders are relatively large, being nearly 2 feet long when mature, and can weigh close to 4 pounds. While these ducks do have a migration period where they will fly south, they typically don’t range very far. If you’re hunting in the lower 48, along the coast of Washington and Oregon is going to be your best bet at getting a shot at one of these rare birds, and even that isn’t a guarantee. 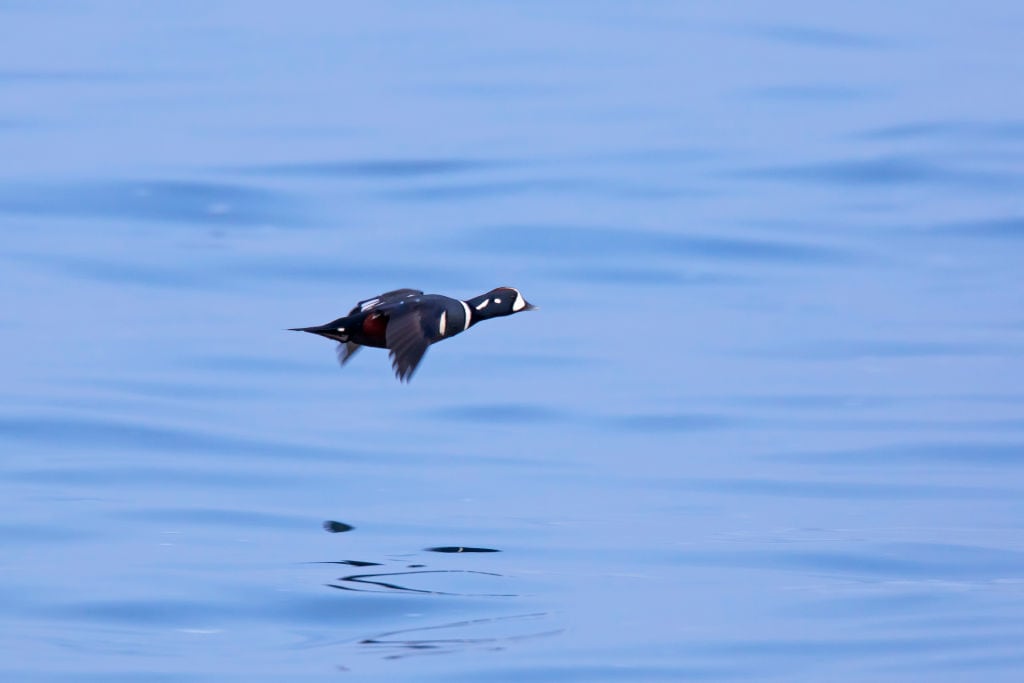 If you were to ask 10 waterfowl hunters what their dream bird is, I would guess that at least half of them would say the Harlequin. They have gained a reputation as one of North America’s most iconic birds, likely because of their unique appearance. Their feathers range from navy blue to almost a charcoal gray, with stripes of white feathers in between, as well as cinnamon patches on their sides and head. Harlequin ducks have a very healthy population in Alaska as well as western Canada. However, their populations on the eastern coast have been steadily declining. Harvesting one of these birds in the lower 48 will be difficult, but if you do, have a taxidermist on speed dial! 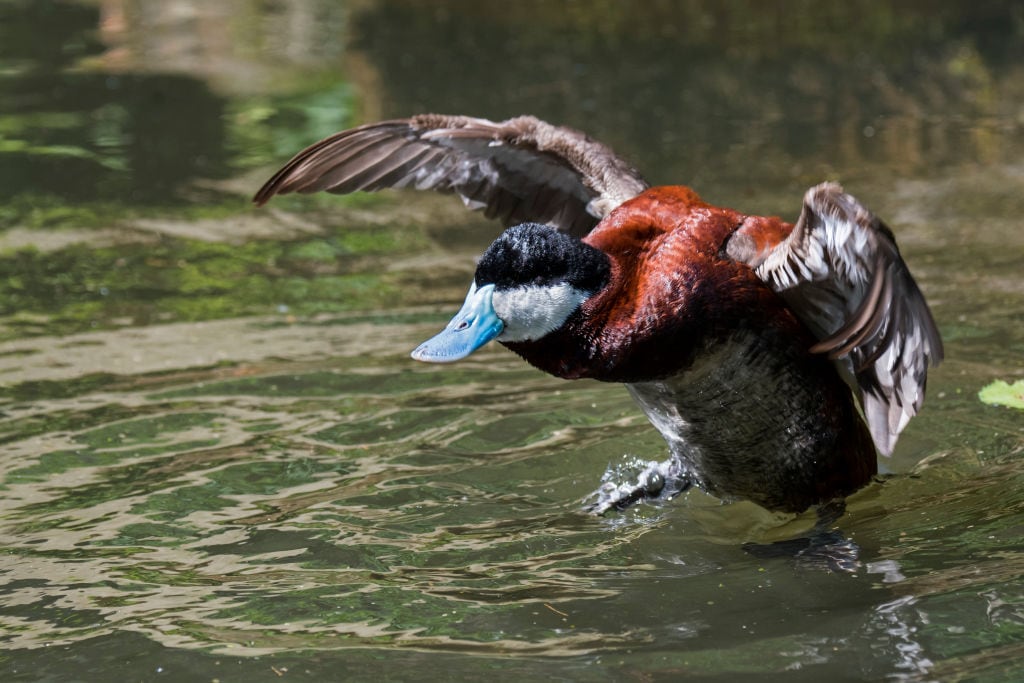 The Ruddy Duck is a stiff-tailed duck, and what they lack in size they make up for in their appearance. The drakes have a cinnamon body, white cheeks, a black cap, and of course, their trademarked bright blue bill. Despite a very healthy population of nearly a million ducks in North America, this species migrates rather early and will travel a good distance south just before the seasons open. Great numbers can be found along the coast of Mexico, but bagging one here in the states is all but common. 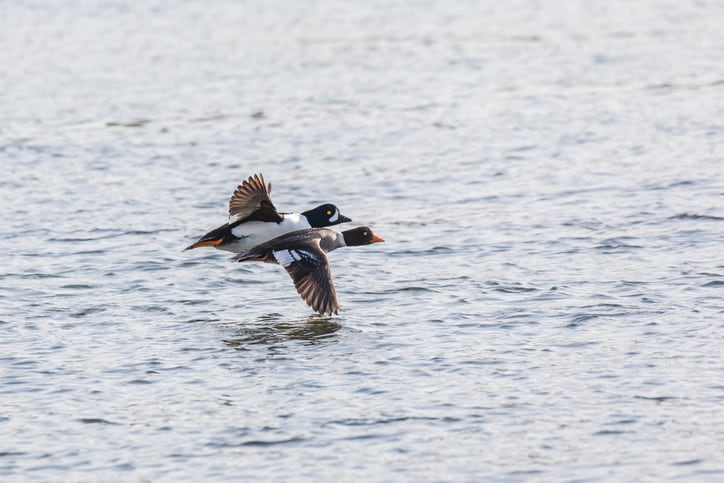 The Barrow’s Goldeneye is a species that has been on my list for a long time, and I’m not sure it will be scratched off anytime soon. They can be identified by their grey and white bodies, bright golden eyes, and a crescent shaped white patch on their face. Barrow’s Goldeneyes are excellent divers that like to feed on aquatic insects and crustaceans. They can be found along the coast of California, Oregon, and Washington, although their population isn’t very high, with less than 200,000 birds in North America. 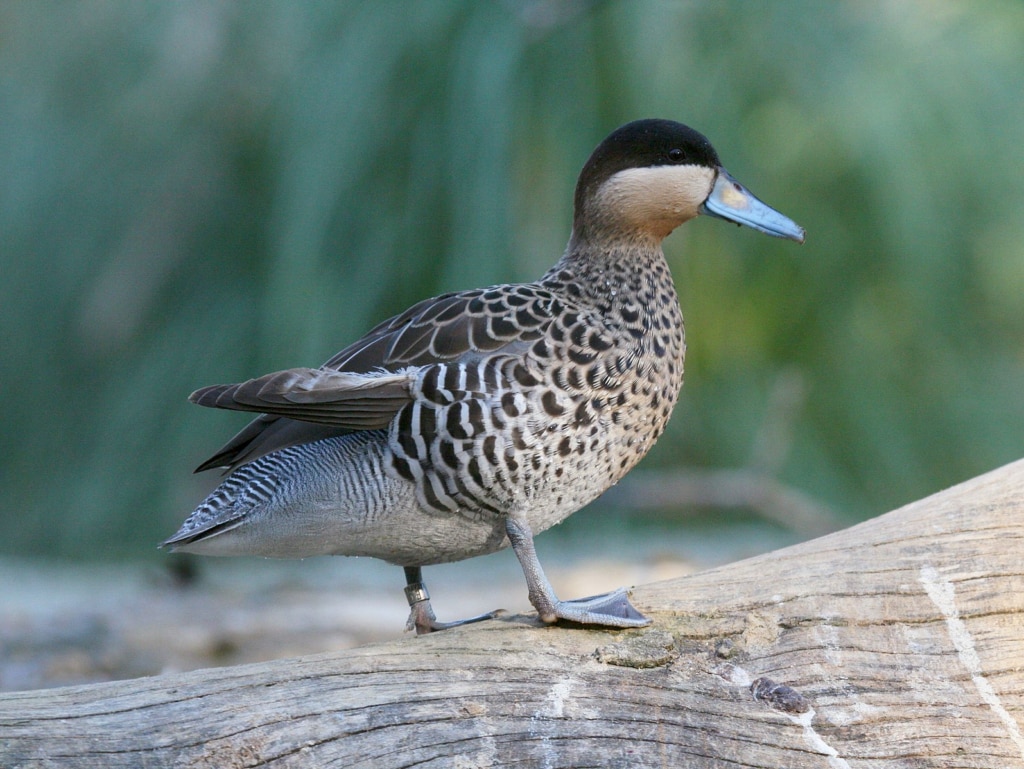 A subspecies of the more common blue wing or green wing teal, the silver teal is a small dabbling duck. Its physical characteristics are a black cap on the head, a brown body with black stripes, and the drakes have a bill that is half yellow, and half bright blue. The silver teal is going to be one of the more difficult species to harvest in North America, as their population is extremely low, and the birds prefer a warmer climate like South America. However, small numbers have been spotted in southern Georgia. If you are lucky enough to bag one of these birds, you’ll have several very jealous hunting buddies!

READ MORE: TYPES OF DECOY RIGS TO USE FOR EACH DUCK HUNTING SETUP 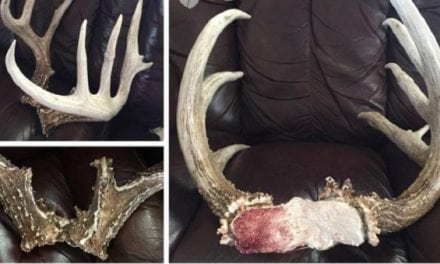 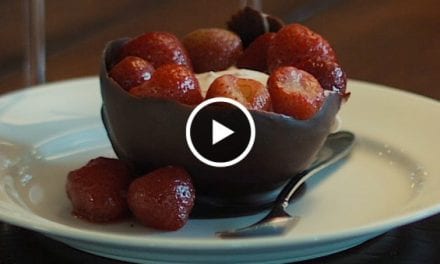 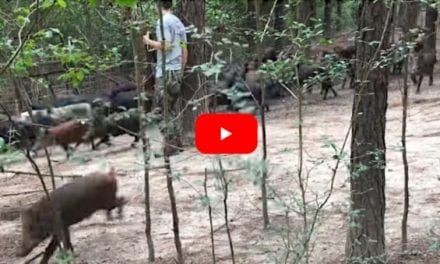 Hunter Shoots Feral Hog, Nearly Gets Run Over by 100 Others 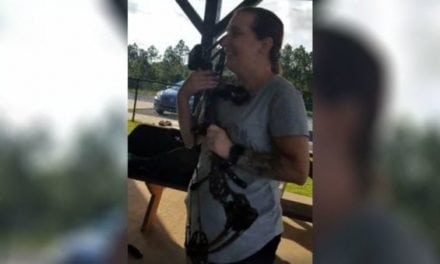 This Woman’s Reaction to Getting a New Bow is Everything