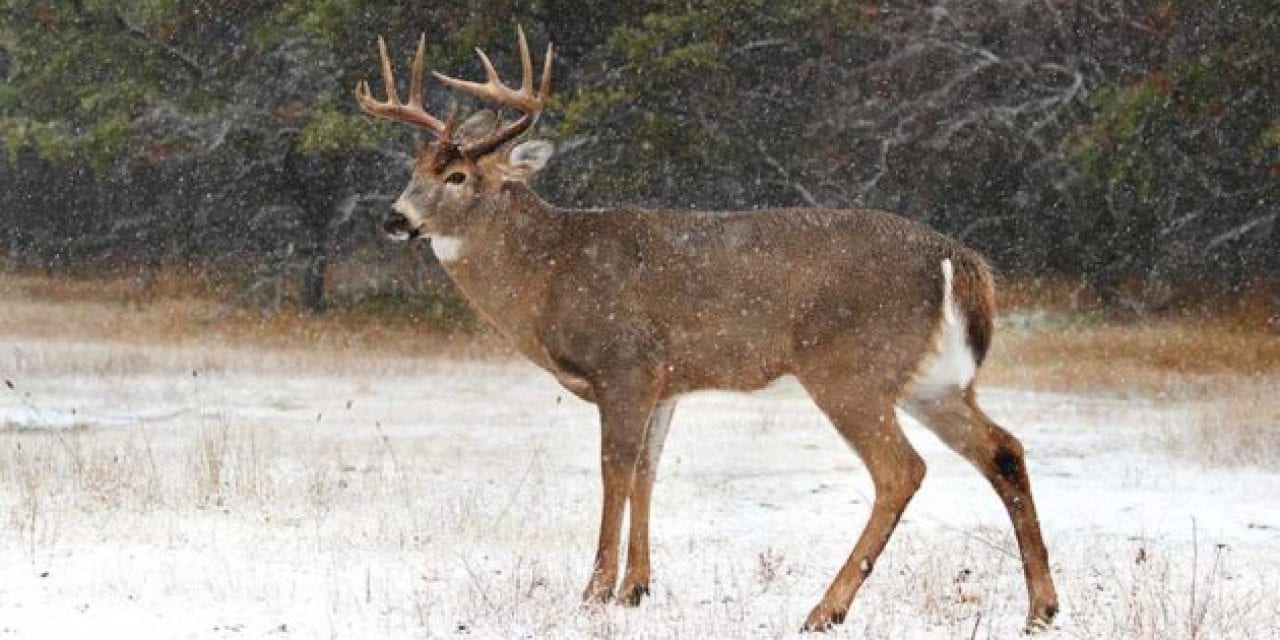 4 Last Ditch Efforts to Turn Around Your Deer Season


Here is how to turn around your deer season at the last minute.

We’re into middle part of December now and deer season in many states is getting a bit long in the tooth. Sure, there are always late seasons, but let’s face it, success rates go way down after November and the rut and the excitement of the main opening days has long since passed.

It can be a frustrating thing to be in December and still not have meat in the freezer. Especially if you had similar bad luck last year.

Don’t worry. We’re here to help. Here are some strategies to help you find hunting success late in the year as the season is winding down and you’re still looking for that big buck. 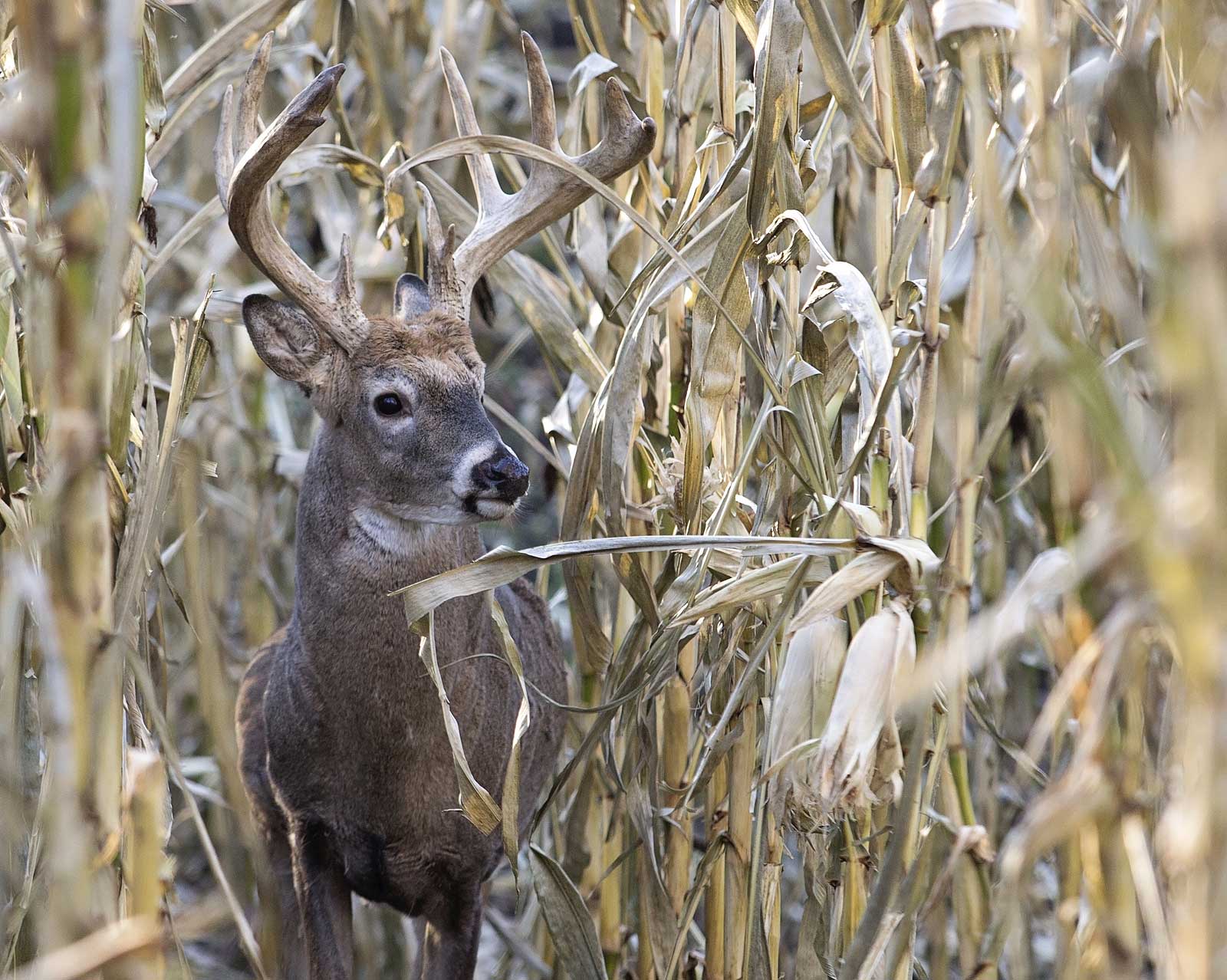 Here in Michigan, where I hunt, we still have a lot of standing corn as I type this on December 11. I know the Great Lakes state wasn’t alone in this regard. Wisconsin’s preliminary gun season numbers showed a reduced harvest and the DNR there said part of the blame was a late corn harvest.

Late standing corn is horrible for deer hunters, but it is fantastic for whitetail deer. It gives them cover with plenty of escape routes and a food source without having to leave their beds. It’s not unusual for mature bucks to find a comfy spot where they can hole up in a patch of it during the heavy pressure of firearms season. In many cases, it may be the safest place they can hide.

So, if you have a lot of standing corn during hunting season, what do you do about it? Well, there are a few options. The first is to go right in after them. That’s right, slow spot and stalk through the standing stalks.

Take your time, move slowly and deliberately. Use your binoculars to really check each row and be ready for a quick shot. It’s not an ideal scenario, but if a buck is really locked down in a field, it may be the only way to put venison in the freezer. Another option is to set up a tree stand on the perimeter and hope you can catch one moving in or out of the area.

But another option we really like is to watch what the farmers are doing. If you see them moving in for a late harvest, drop what you’re doing. Set up in a tree stand along an escape route. The harvester will probably flush a number of deer out. This scenario has led to hunter success many times in the past and in some cases it may be the only shot you’ll have at an especially wary buck.

Back off for a week

If you’ve been deer hunting super hard day in and day out since the early season, it’s time to change things up a bit. It’s easy to burn out a hunting area with too much pressure. If deer numbers have dropped each hunt you’ve been out, odds are the deer are on to you.

This year I was fortunate enough to shoot a large 7-point with a 19-inch spread ten days into Michigan’s firearm deer season (Pictured above). It’s not easy to bag any buck that late in the season here with all the pressure we had.

But here’s what I think was the factor to my success: I hunted the first three days of firearms season.

After that, I had a week that was jam-packed with writing deadlines, doctor’s appointments and a ton of other errands. I had so much to do that I simply didn’t hunt for five straight days. Meanwhile, the neighboring properties were blasting away at anything brown that moved.

When I came back to hunting five days later, I noticed an increase in deer who had moved into the area because it was the only spot where no shooting was going on. The next morning, I spotted the 7-point breaking across an open food plot at 9:45 a.m.! You rarely see that here in Michigan with deer other than antlerless animals or young 1.5 year-old bucks.

I figured if he broke daylight in the field once, he might do it again. I slipped into the food plot that afternoon and sure enough, with around 15 minutes of shooting light left, he came in and gave me a 30-yard broadside shot.

It may seem counter-productive to stop hunting as you’re running out of days, but sometimes it’s the only way to find success. If you’re lucky, the deer may think the worst is over and go back into their normal routines, giving you a chance with the crossbow or muzzleloader.

While you still may be seeing some rutting activity in your state or province, much of the deer herd is also going to start moving from a rutting mindset to a pure survival one. That’s why you always hear people preaching about hunting the food sources for a successful deer harvest this time of year. It’s not a bad strategy.

If you’re just looking to fill an antlerless deer tag, you can easily do it over a food plot this time of year. However, sometimes that’s still not enough if you’re looking for a big buck.

The mature bucks are likely rutted out now or will be soon depending on what part of the country you live in. Their next focus is going to be on conserving energy and regaining all the weight they lost.

Remember that they often don’t eat much during the peak of the rut. While a big antlered buck may make the mistake of entering a food plot during shooting light this time of year, you can up your odds slightly more by finding a good pinch point or funnel between a bedding area and the food source.

If you’re hunting late archery season especially, a funnel can be your best friend because it’s a spot where the deer has no choice but to pass through if they want to move between these two vital areas. While bucks may be more desperate this time of year, that doesn’t always mean they’re stupid.

Many bucks, especially on public land, might move from their bedding area before dark, but they’ll hang up on the food source’s edge until it’s completely dark before they move in. Even if there’s a bunch of does and fawns already out there. They’re just that cautious.

Watch your trail cameras, if that big boy is coming in, but only just after dark, you’ve got to intercept him along the way. Find the funnel and pay close attention the last hour or so before dark, because that’s probably the most likely time he’ll move through.

Go in after them (Spot and stalk them)

If you live in the Midwest like I do, you likely spend a lot of time in either a treestand or a blind during hunting season. There’s nothing wrong with that, but drastic times sometimes call for drastic measures.

We know that some hunters consider it blasphemy to even consider moving in on a buck in his bedroom. It is true, you do run the risk of pushing the deer off your property forever. However, if you’ve got the buck of a lifetime hanging around and the season is growing short, it may be the only way.

Ever heard of the Benoit family in Maine? They’re widely considered one of the best deer hunting families in North America. The reason they’re successful is because these guys aren’t afraid to make things happen. They don’t wait around for the deer to come to them. They find a track and go in after the deer. And they don’t stop until they get them.

If you’ve tried everything else and all else has failed switching things up may be just the ticket.

If you’ve never tried spot and stalking you hunting area, this may be the time to do it. Look in areas you wouldn’t normally look for the deer. You might find they’re hiding in a very unexpected spot!

We know all this is a high impact approach to hunting, but if you’re down to the last few days and you have empty tags, what does it matter if you blow the deer out on the last day? Given the choice of venison in the freezer or tag soup, we’ll take the venison every time. Good luck to all the hunters out there still looking for a deer this year! 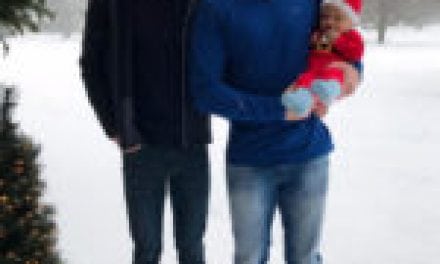 Nugent: My Son, the Big-Buck Killer 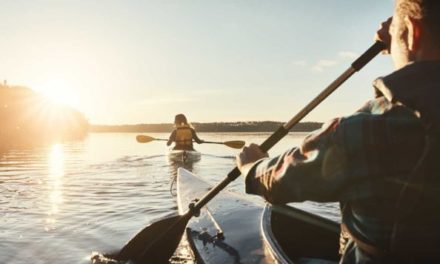 Outdoor Recreation Act: Details and Explanation of the Proposed Legislation 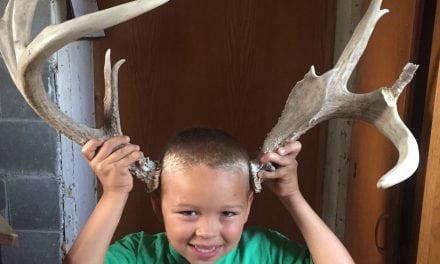 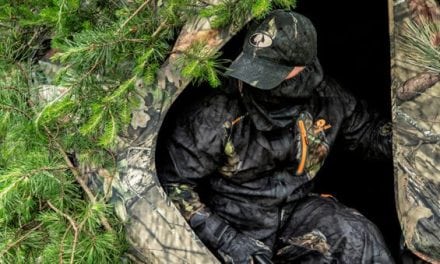