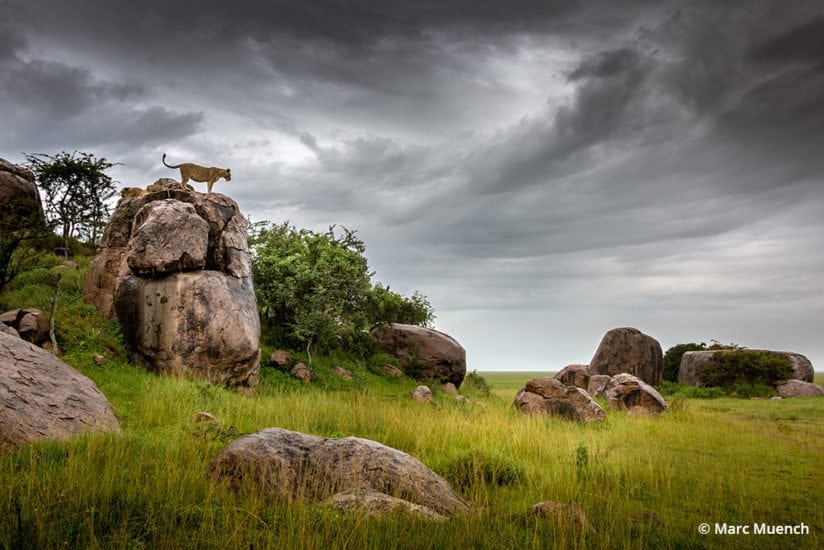 
I never thought I would have the patience to photograph wildlife. Then I went to Africa. This is not a story about Africa, but rather how I found my style of wildlife photography and the patience for it.

I grew up traveling the west and all the wild, off-the-beaten-path locations. I learned at an early age the importance of our farmers, truck drivers and entrepreneurs who had set up shops, farms and businesses in the middle of what seemed like nowhere. We frequented small family-owned motels, restaurants and farms all to gain access to the places just beyond their businesses or land. These were the places not many at the time wanted to go, or even knew existed. It was in these early years that I inherited my love of the land. And not just any land but wide open spaces.

My view of the world may be a bit different than most. I would love to see enormous tracks of land kept wild, where the natural pace of the animal kingdom could go its course, if for no other reason than to learn from it. Open spaces mean so much to me, and I’m quite certain I’m not alone in this feeling, sharing it with people who understand the healing powers of thought-provoking, inspirational and stimulating space. The space to walk, run and just breathe is vital to my existence, it’s the way I clear my mind of a myriad of baggage that accumulates in my head from the daily grind. It’s the impetus for the pre-visualizing of images I plan to create, concepts I plan to articulate with my camera and, most importantly, a way to understand and appreciate just how large our world is.

It’s in these expanses where the mind can wonder. It’s also in these places where animals can be uninhibited to hunt, breed, roam and evolve. It is for the “space” of it all that I portray wildlife to scale. The scale of the wild world is usually 20 parts landscape to one part animal. The composition of this ratio is tricky and the reason for so much patience, preparation and, of course, luck.

During my first visit to Africa, I was with a small crew filming an episode of a show titled “The Canon Photo Safari” that ran on the ESPN Outdoor block in the late ’90s. The producer had received my name from Canon, and I was to coach a celebrity on the finer points of photography, but at that time I photographed outdoor sports like snow skiing, hiking and climbing — not wildlife.

We visited a fairly large private game reserve in South Africa where rhinos, lions and the rest of the big five roamed freely within the park. On the drive in at night, a cheetah had captured an impala on the road right in front of our truck. That was when I began to realize there would be many more photo ops in this part of the world than where I was from.

Being in a game park, the animals were more concentrated, so we were able to see more and photograph more. But I was quite surprised at the time that these amazing animals were contained at all in what I had thought was a very large country, which was mostly undeveloped. When I left, I felt conflicted. I had been to Africa but not really. My thoughts led me to research the continent more and to spend some quality time reading about the history of some of the countries that supported large herds of wildlife still to this day.

While home in the states, I spent most of my career photographing landscapes with large-format cameras for my personal work, and outdoor sports and adventure photography for commercial work to pay the bills. My landscape work did not take the patience many assumed it should have. I was never one to hike for days to a location and wait weeks for the right light. No, I typically hiked, but photographed along the way, then photographed the entire time I was at the location. This was because I tried to find target-rich environments, where I would not be required to patiently wait for days to get the one shot. I don’t sit still well, and the thought of hanging out in a blind all day makes me quiver as I write this. I would rather be on the move in a region looking for what I call a scenario, not a specific shot.

I compose with the landscape in mind, not just because I was brought up in a family of landscape photographers, but because this is what I believe makes the wildlife wild. To make this happen graphically, though, you must have separation between the animals and the environment. This is tricky and always takes patience, but of a different kind. It is the kind of patience I consider subliminal. There is so much going on in the bush that there is never a dull moment. Even when it seems quiet and some would become impatient while the lions are sleeping, there are birds chirping that signal other predators or hyenas approaching to steal a potential snack from the resting kings of the wild. And when the sun sets and rises, just when the landscape becomes vibrant with color and sidelight, the wildlife stirs. It was this idea that brought me back to Africa in 2011.

When I returned to Africa, my experience was much different and captivating beyond my expectations. During one encounter, I was in the dry lake of Amboseli at the footsteps of Mt. Kilimanjaro, where I found a scene I could have never imagined. We took a short scenic flight in a small Cessna 182 plane with the doors off, and I found what started my quest for the freedom of wildlife in the great open spaces.

With a setting sun, a herd of elephants kicking up dust from the dry lake and distant dust devils swirling about, I went into a trance. I explained to the pilot what I wanted, and the only way to achieve it was to bank a very low turn. As the plane flung out of the turn so the wing was high enough to be out of the way and the angle was proper for me to point my Nikon 200-400mm lens out the correct side of the plane, I was able to get off a few frames of the scene. There are no words for the excitement I felt after creating that image. At the moment, it was mostly adrenaline, but as the hours went into days and days into months, the most enduring aspect of what had transpired was the very simple story of the elephant herd crossing the playa at sunset to get to better grazing grounds.

With this single motivating experience, I began considering all the other places I could possibly repeat the same procedure. I was no longer just a landscape photographer. I did not need to be in a plane, banking a 3g turn, but I needed to locate regions in the world where a similar story was yet to be photographed.

While in Botswana along the famous delta, I spent considerable time roaming the edge of the rivers in hopes of finding various species on the edge of their comfort zones. It is in these open spaces where they are most vulnerable but where many must go to drink the precious water. In my research of Botswana, I came to admire the work of Frans Lanting and his use of the low angle to capture drinking elephants at the water holes in the dry season. I really wanted to try this and hope someday I have the right opportunity to do so, but I was happy and inspired to see another great scenario of the elephants drinking along the Linyanti River.

I love using a long lens and working hand held. I’ve tried a slew of mounting devices to support the long glass on safari vehicles, boats and planes, but nothing is better and more versatile than hand held. To compensate for this, I simply use higher ISOs. I understand that the quality of imaging goes down with high ISO, but to miss a shot in the wild because of playing around with camera support would be too high a compromise.

Another compromise I am willing to make is versatility over sharpness. When I began using the Nikon D800, a friend recommended an unusual lens for me to try, a 28-300mm zoom lens. With a 10x zoom, I just figured the quality must be horrible. To my surprise, the quality was acceptable, and the versatility was amazing. So I began using the lens in many situations where I would have typically used prime lenses for optimal quality.

One particularly gloomy morning on the California coast, a storm began to clear just as the sun rose. The clouds turned pink, then orange, then as the sun poked out, rainbows dropped from the sky as if it were all planned. At times like this, I find it challenging to concentrate on any one image or subject, but on that morning I was watching the large flocks of cormorants flying north. I remember waiting for the right flock to line up with the colorful sky. It appeared as it would not happen, so I began turning to put a wide lens on. Just as I looked one last time, there they were. I zoomed the 28-300 to a random focal length—only caring about composition—and snapped off a few frames. It was the versatility of the lens that allowed me to capture this amazing and unpredictable sight in the right context of the location. I now value versatility over image quality in many situations.

The experiences I’ve encountered with wildlife in the landscape have reshaped the way I see the world and given me a much deeper sense of composition in my work. The scale of the land and the wild of the nature is my story, and I am on a mission to capture it before it vanishes. I have spent over 200 days in the bush of Africa and countless days in pursuit of wildlife in Iceland, Galapagos, Canada, Alaska and the lower 48 states, to name a few places. I’ve found new appreciation for our national parks and the wildlife within them. I’ve discovered how potentially influential wildlife corridors can be. I understand the gravity of the situation in all wildlife regions where civilization encroaches ever so much closer to the great wide open. I’ve found more intrigue in the world because of the vision that Africa gave me.

Outside of the ocean, there are very few places left in the world where wildlife runs free, and I am determined to not only discover where they are, but to capture the primal patterns that are today as they were thousands of years ago. 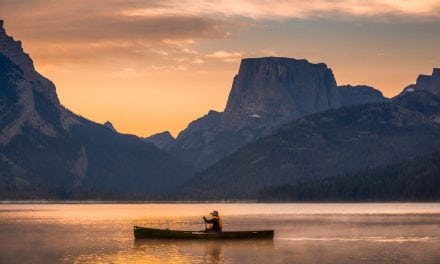 Photo Of The Day By Ron Risman | Timeographer 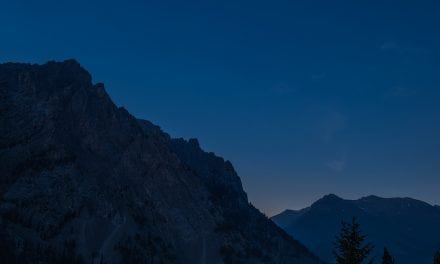 Photo Of The Day By Mike Kruze 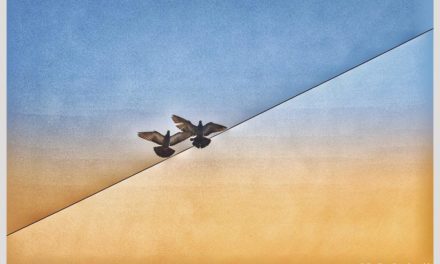 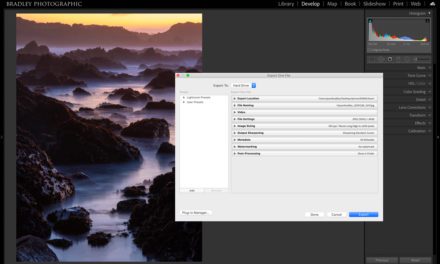