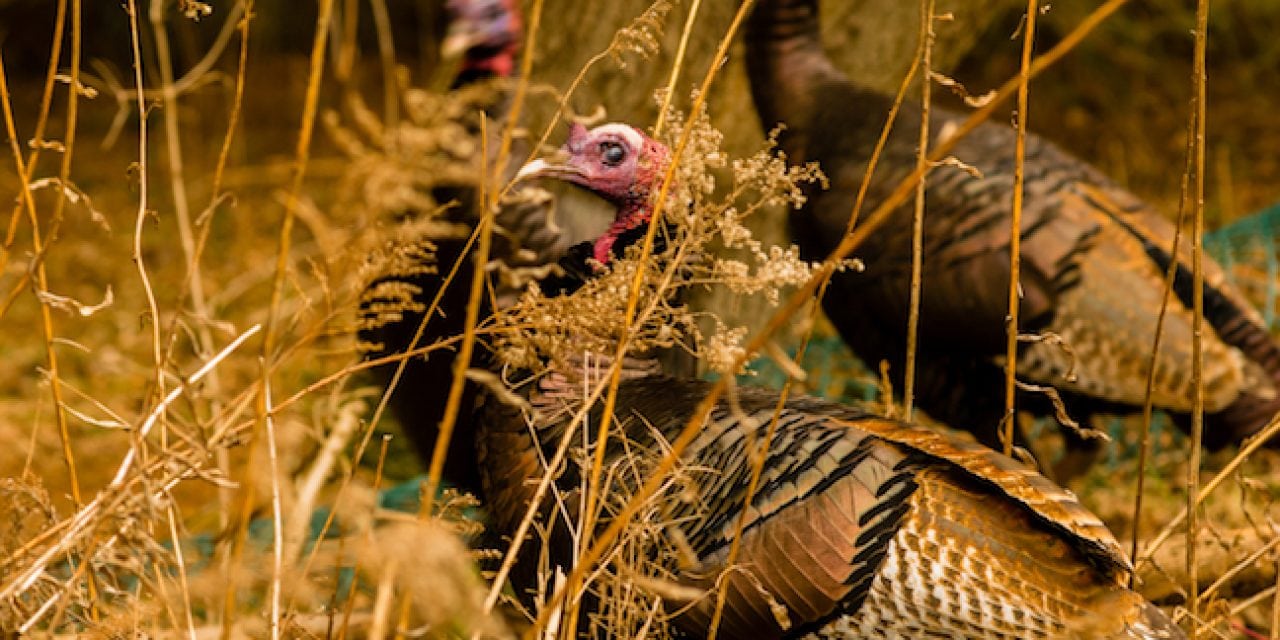 If you don’t try fall turkey hunting, you’re missing out on a great tradition.

On the first Wednesday of Virginia’s fall turkey season last year, as soon as I finished teaching my last-period class at Lord Botetourt High School, I headed for a nearby Botetourt County mountain, where I hoped to locate a flock to hunt before school the next morning.

Frustration set in, though, after I climbed nearly to the top of the mountain and couldn’t even locate fresh sign. As I was nearing my vehicle, I was amazed — and overjoyed — to see a flock of birds fly up into the trees for the night. I eased around the assemblage, and the next morning I set up well before dawn in the same hollow the turkeys had roosted in.

As morning began to loom, the turkeys began making tree yelps and then one bird pitched down from its tree and landed about 15 yards from me.

I slowly mounted my Remington 1100 and then clucked twice; the jenny raised her head, and I was soon heading for my vehicle so that I could phone check and clean the turkey before my first-period class.

What a great way to start a November day!

Gary W. Norman, the VDGIF Forest Game Bird Project Leader, told me that the harvest decrease last year (from 3,283 to 3,120) was expected as the tremendous mast crop in many areas enabled the flocks not to move as much, which made them less visible and thus not as vulnerable to hunters.

The very different harvests East (EBR) and West of the Blue Ridge (WBR) were also predicted.

“As expected, we did see more of a decline in counties WBR (down 14 percent),” said Norman. “This is where oak crops are a primary food resource as opposed to counties EBR, where habitat diversity is greater. As such, the EBR harvest was up 4 percent.”

For this season, the biologist notes several important trends.

“Starting with the 2016 brood surveys, we had decent reproduction throughout most of the state — the exception was the Tidewater Region, where recruitment was below average,” said Norman. “However, fall harvests in these counties do not contribute significantly to the statewide fall harvest. We also did see an encouraging bump in the North Mountain Region reproduction in 2016.”

This latter development is especially important for individuals who go afield in the George Washington and Jefferson National Forest in the western part of the state.

Turkey populations in many of the counties in the northwestern part of Virginia, especially those that feature large chunks of the GWJNF, have been a concern of both the DGIF and state sportsmen in recent years.

The lack of timber cutting and the resultant decrease in wildlife habitat variety have caused a decline in both deer and turkey numbers as well as grouse and many species of songbirds as well. Last year in the national forest, the fall harvest increased from 116 to 134 — a welcome change.

Indeed, Norman told me the turkey population in the North Mountain Region was the one that concerned him the most.

Population densities have been the lowest in the state and their growth rate was not statistically significant, which suggested a stable population. Stability in this region is not good because turkey numbers have been low here in recent years.

The biologist adds that annual turkey population rates and densities were not uniform across the state in 2015 and 2016.

The highest growth rate was seen in the North Piedmont Region. The North Mountain and Tidewater also performed well, which is great news for turkey hunters in those regions.

The lowest growth rate was observed in the South Piedmont Region; the data indicates the population is stable.

Although many hunters place great emphasis on the kill figures per county, county harvest numbers are always influenced by the size of the county.

Just because a county has a high kill total does not make it a good destination if the relative size of the county is larger than its kill total. The most reliable indicators of a county’s turkey numbers are the harvests per square miles of forest range or square miles of turkey habitat.

These stats indicate once again why the Tidewater Region is the best one for turkey hunting. The large farms and agricultural concerns and warmer winters do make a difference, among other things. Turkey densities were also quite impressive in the Southwest Mountain Region and fairly good in the South Piedmont as well.

At press time, there was no data available on the 2017 hatch. But several positive factors exist.

“From the accounts I have received around the state, the 2016-17 winter was mild, and given that there were generally good mast crops across the state, turkeys should have gone into spring in good condition,” said Norman. “Theoretically, this should result in good gobbling and hens being in good condition for reproduction. Of course Mother Nature [in any year] has a lot more to say before the first poult cracks an egg, so let’s keep our fingers crossed!”

Seth Thompson, a DGIF district wildlife biologist in the far western part of the state, is enthusiastic about both private and public land hunting.

“Turkey populations are doing great in my district,” he said. “I have three of the top 10 turkey-producing counties: Dickenson, Scott and Russell. Also, the Scott County portion of the George Washington and Jefferson National Forest would be a good place for hunters to target as well.”

The Scott County portion of the GWJNF contains some of the steepest terrain in not just the state but also in the Mid-Atlantic region.

Folks, these are vertical mountains in many places with the occasional shelf or bench — and that is the kind of terrain feature are where the turkeys often congregate.

Another part of the state where turkey populations are very robust is the southeast.

Counties such as Southampton, Sussex, and Surry typically have a high harvest per square mile count.

Biologist Pete Acker raves about the Cavalier WMA, which saw one spring gobbler killed per square mile last spring, putting it alongside some of the better counties in the state.

Cavalier is one of the most interesting public lands in our state. Two different parcels make it up: 750 acres in the Dismal Swamp and the 3,800-acre main section that borders North Carolina.

A great deal of early succession forest exists in the latter, which provides turkey hens with excellent nesting habitat. Look for the gobblers to be cruising such areas, especially in the mid-morning hours.

“The turkey population is improving here after several years of poor production and recruitment,” he said. “Brood sightings the summer and fall of 2016 were good, and winter survival was excellent. Hopefully we had another good hatch and brood survival this summer to continue this trend. Cold, rainy weather in late May and early June can significantly impact turkey survival for young poults.”

Bourgeois adds that Rockbridge, Bath, and Augusta counties host the best turkey numbers in his region and that national forest land in this trio should be checked out for those sportsmen looking for public land options.

This part of the state contains numerous public lands, and the biologist lists the Short Hills, Goshen, Gathright, Highland, and Little North Mountain WMAs as being worthy destinations. All of these public lands are very mountainous in nature, so hunters should expect to do some serious climbing.

DGIF biologist Katie Martin says her part of the Piedmont looks great for this autumn.

“The status of the turkey population is excellent throughout the Southern Piedmont!” she said. “Broods were right around average the summer of 2016 and based on field time this spring there are high numbers of hens throughout most of the area.

“Amelia and Cumberland counties both have good turkey populations and quite a bit of rural land that may be available if folks knock on doors.”

And she also recommends the 2,800-acre Featherfin WMA in Prince Edward County and the 2,217-acre Amelia in Amelia.

“Appomattox-Buckingham and Cumberland State Forests have excellent turkey populations and would make for some fun fall hunting opportunities,” she said. “Note that they do get heavy pressure from deer hunting, particularly during the rifle season and on weekends. Amelia and Featherfin WMAs are both good spots for fall hunting, with mature oak woodlands that carry quite a few birds. Note that the Featherfin WMA is in the quota hunt system (for all species) from the opening weekend of muzzleloader deer season through the first Saturday in January.”

East of this region lies more quality fall turkey hunting. Biologist Aaron Proctor proclaims that traditionally Westmoreland, Richmond, and Essex counties all sport good numbers of birds and should be productive this season, too.

He adds that the top public land is one of the best known in the Old Dominion, the 5,217-acre Chickahominy WMA.

This public land is recognized for its bottomland hardwoods, swamps, and hummocks — those small little rises in the midst of marshy habitat. Find a hummock dotted with hardwoods, and you may just have found a strut zone in the Chickahominy.

This part of the Tidewater Region is not the only part of Virginia’s flatlands that harbors goodly numbers of turkeys. When I asked Tidewater biologist Todd Englemeyer if local hunters could expect high-quality fall hunting in the Northern Neck and Eastern Shore counties, his response was quite telling.

“Oh my, for sure,” he said. “They have been great places for quite some time.”

The Northern Neck counties of Lancaster, Northumberland, Richmond, and Westmoreland and the Eastern Shore county of Northampton should all offer good hunting this fall.

Englemeyer adds that the 447-acre Doe Creek WMA in Accomack County is a good public land destination. However, because of its small size, Doe Creek could easily be overhunted.

Finally, Dan Lovelace keeps tabs on some of the best turkey country in the Piedmont. Bedford and Pittsylvania counties, he says, annually produce impressive harvests, and the 5,321-acre Fairystone Farms WMA certainly qualifies as a hot spot for the region.

DGIF staff have diligently managed this public domain for many years and have performed numerous Timber Stand Improvement projects as well as created many openings. The turkeys definitely are thriving in the rolling hills of Fairystone.

It’s no secret that many if not most of current Virginia turkey hunters prefer to hunt in the spring over the fall, and many of these individuals save all three of their annual tags for April and early May.

Only a relatively few individuals — and I include myself among these folks — strive to take their two-bird fall limit and thus only have one tag for the spring. A fair number of individuals will use one fall tag, but will save their other two for the spring.

In recent years, the game department has been doing a great deal to promote fall hunting, including establishing a two-day Youth and Apprentice season the week before the fall season commences.

Last year, these youngsters and novice adults checked in 50 birds — a welcome happening as hopefully these folks will become future spring and fall turkey-hunting enthusiasts.

Another part of this effort to increase interest in fall hunting was to create a January season of several weeks. This past January, 209 turkeys were harvested, which accounted for 7 percent of the harvest.

This season takes place after the late muzzleloader and bowhunting seasons for deer have closed. This is a great time for Virginia sportsmen to try fall turkey hunting.

After hearing from Gary Norman and biologists around the state, I am very optimistic about the season to come. I cherish our fall turkey season and will be after these big game birds on opening day. Consider doing the same. 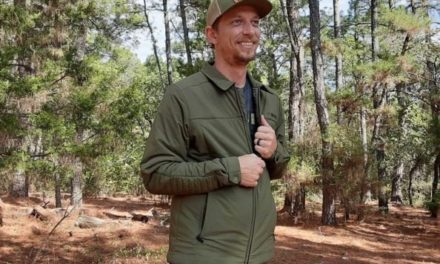 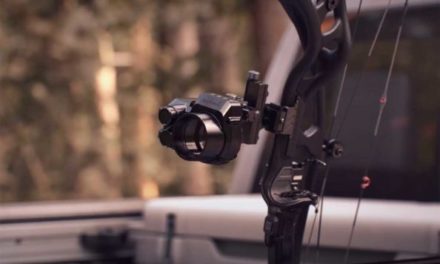 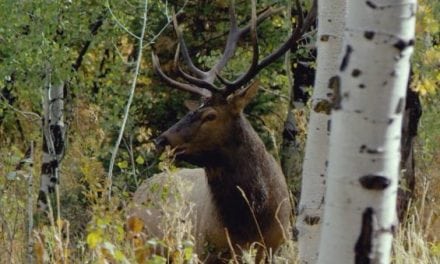