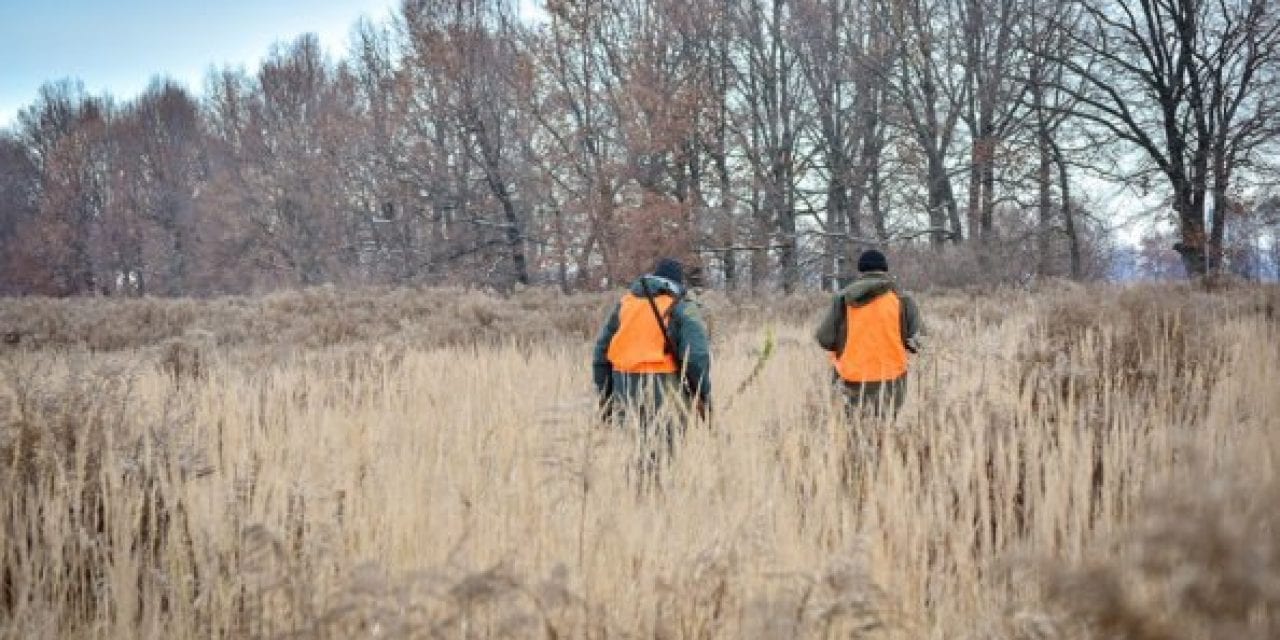 
Here are five thoughtful bucket list items for hunters that have been hunting for years.

It seems like every hunting season has its victories, defeats, and a list of things that we still haven’t accomplished yet.

For those of us that have been at it for years, a “bucket list” can mean a lot of things. Maybe you’ve set your sights on a first-time bighorn sheep or Yukon moose hunt.

For our purposes, we’re highlighting aspects of a hunting season that may not instantly come to mind as the ultimate things to check off of your bucket list. We were thinking more along the lines of some hunting possibilities that anyone can have, and that don’t relate to a particular animal or harvest.

One of the best ways to accomplish these types of goals is by handing the hunting tradition and our seasoned knowledge to others.

When you think about it, teaching our hunting passion to those around us typically involves one group: the children. Even still, not every child will develop an affinity for hunting, and that’s perfectly alright. The fact is that many kids that want to hunt aren’t even a part of a hunting family and may never have the opportunity to try.

Here’s your chance to change all that.

Remember, not all those that want to hunt can hunt, some that are on the fence about hunting need a nudge, and many who hunted for a lifetime and called it quits are sitting right there waiting for you and I to lend a helping hand. 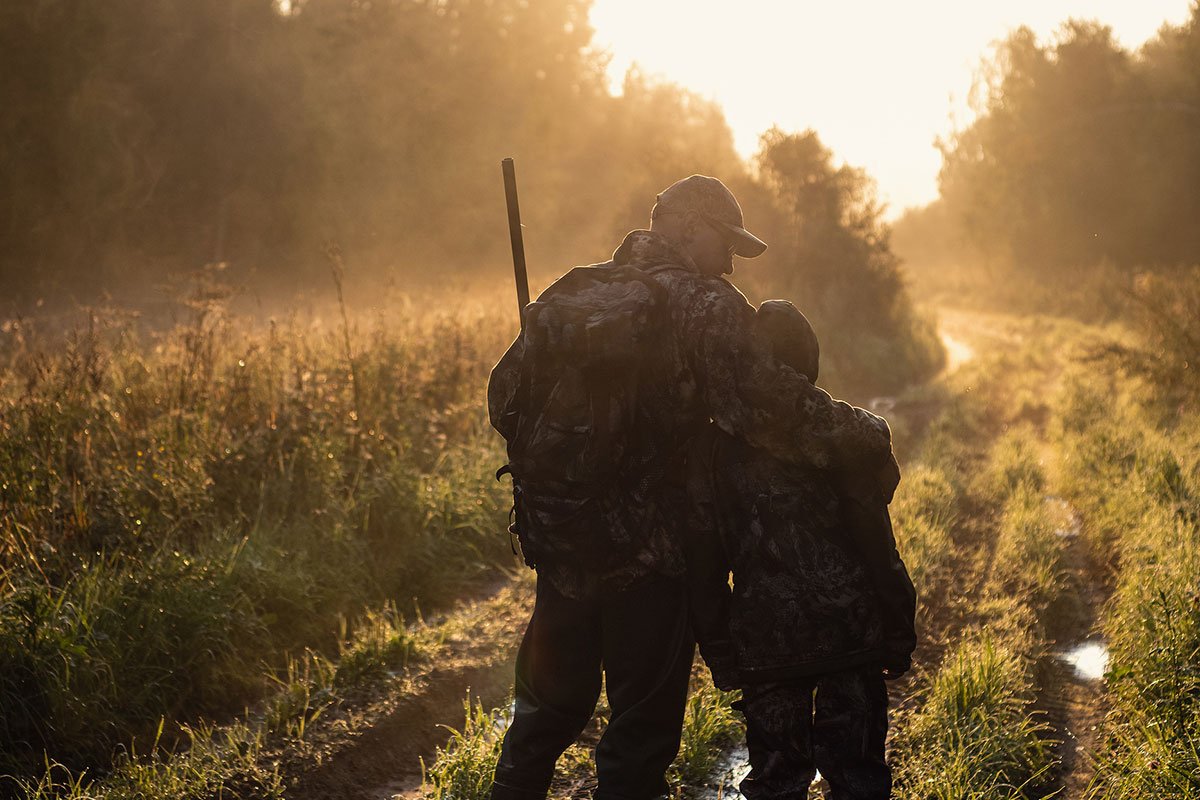 This is the epitome of teaching self-sufficiency in a child, and the key is right at our fingertips. In fact, teaching them the entire “field to table” style of harvesting, butchering, and preparing of wild game is about more than just hunting. Kids are sponges for information, so why not show them exactly where their food comes from?

Granted, this may not be for every kid out there, but if they enjoy a juicy cheeseburger, it stands to reason that they should be more aware of what it takes to put one on the table.

But without getting too ahead of ourselves, the build up to introducing hunting to a child can take on plenty of importance, too.

It can start with a shed antler hunt in the late winter, or by watching deer in the local park, or just talking about that nice shoulder mount hanging on the wall at your local outdoor store. You’ll need to help them get started with the state Hunter Safety Course in your area, whether it is online or an in-person class.

But they need to see for themselves what it really takes, and there’s no better way than to take them on an actual hunt.

It’s helpful for kids to see the adult in their life make a successful shot on a game animal, live and in person. That means it’s up to you to set a good example.

When you have a new hunter to mentor and take care of, your own hunting is going to take somewhat of a backseat. This is the epitome of being a good teacher, and every parent or guardian who hunts should recognize that at a certain point in their lives, it’s more about helping others find success than seeking their own.

Perhaps the most valuable experience is to take a youngster that doesn’t have a parent or guardian that hunts out to the woods or fields. Giving them an opportunity they may never receive from anyone else is priceless. 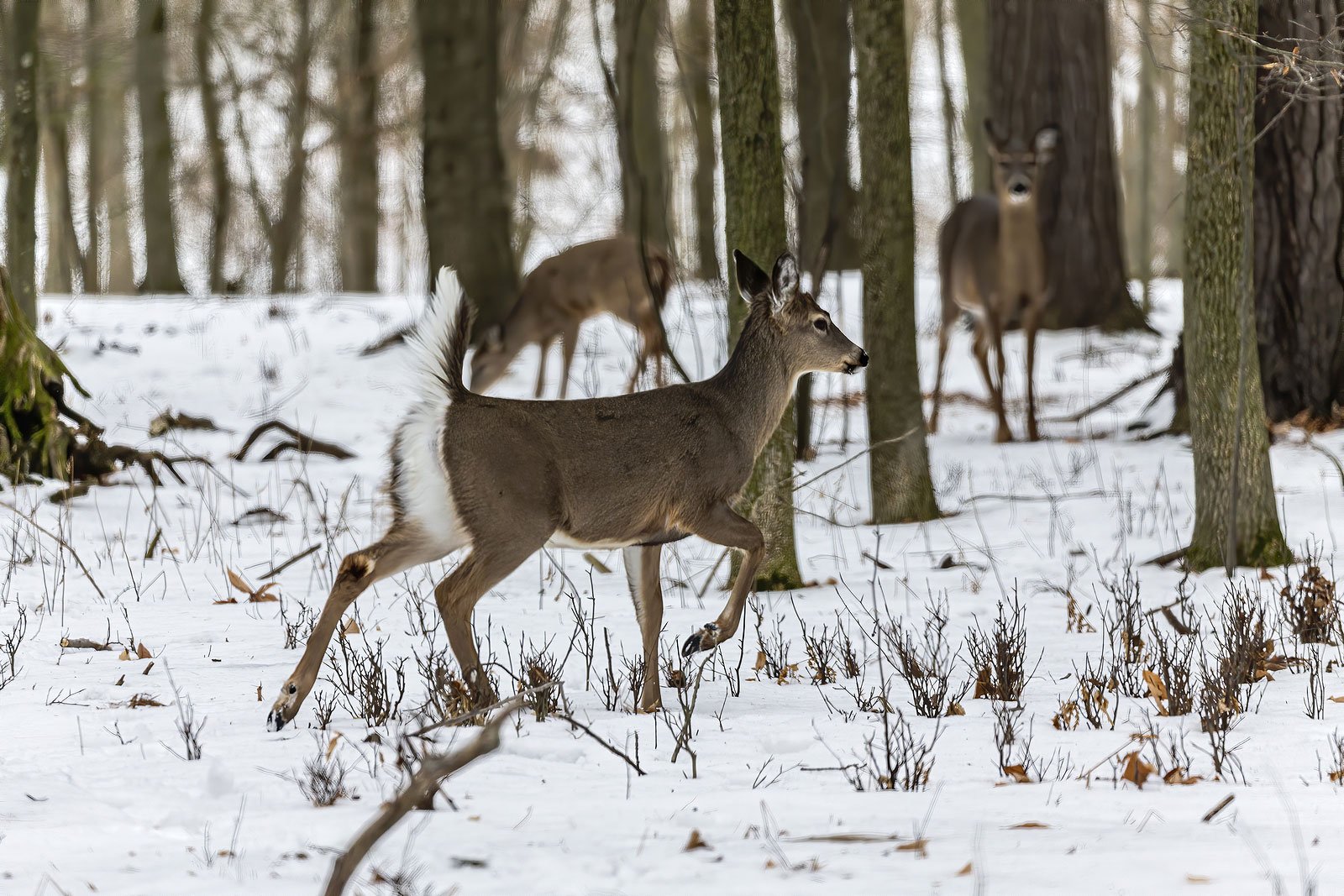 This might not be possible for every hunter, as not all states or provinces allow for one hunter to legally sign over their tags to another.

In New York for instance, a hunter can sign his or her Doe Management Permit tag to another hunter with nothing but a signature. Other states have more involved processes, and some states won’t allow any transfer.

Not only that, but a donation may be made “to a qualifying organization for use by a military veteran.” There are many fine organizations that come under that flag such as, Wounded Warrior Outdoors, American Hero Adventures, and Veterans Sportsman Alliance just to name a few.

But if it’s legal and possible, this process can be the difference between putting meat in the freezer and eating the paper that the license came printed on.

The fact is that not everyone can get a tag or even afford one. Since there are many organizations that handle just such circumstances, especially for our esteemed veterans, it should be an easy case of looking them up, and handing over a tag that you can probably get again next year. 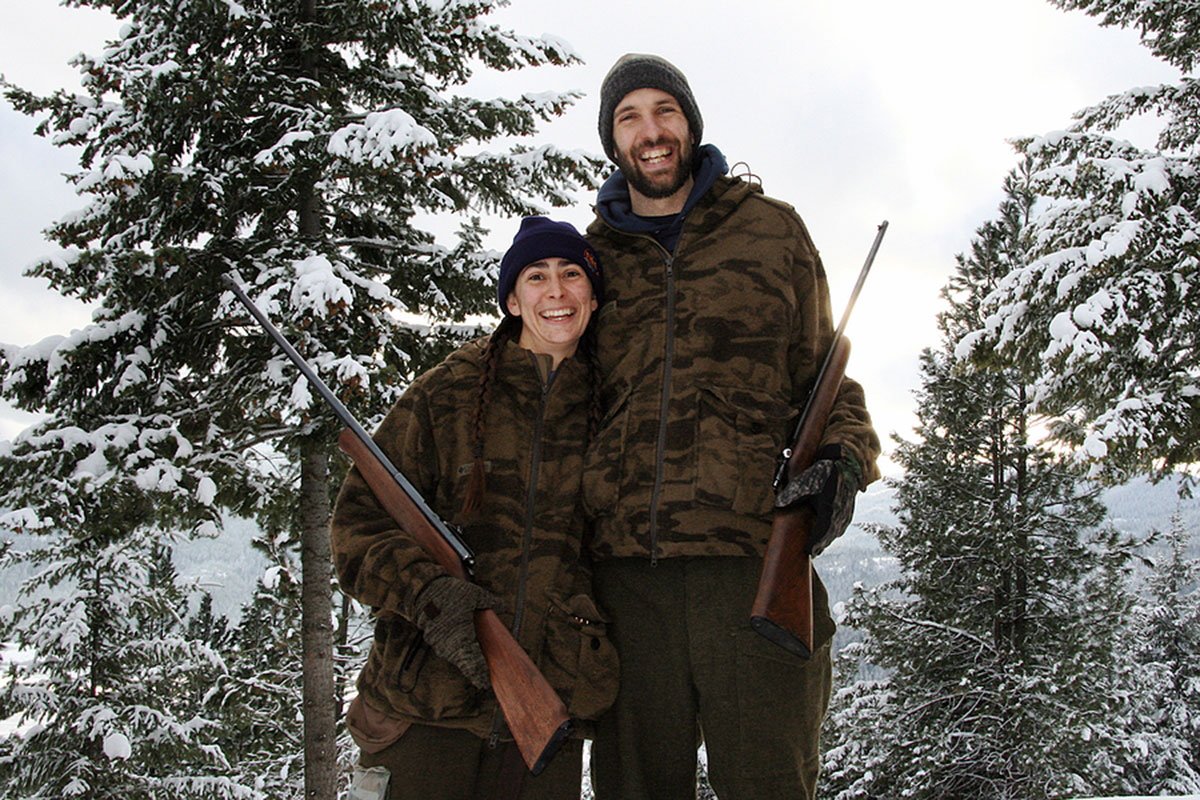 Happily, this has been occurring more frequently than ever before. More and more women and girls are getting into the woods in the last decade, to the point that it’s almost a non-issue nowadays.

Still, there’s likely an adventurous woman you know that wants to try their hand at hunting, and you could be the one that gives them the chance.

Start the fun off by taking a trip out to the range to do some shooting. The target range is one of the great equalizers between men and women, and encouraging improvement and consistency starts at the shooting bench.

Generally speaking, women are much more detail oriented than men, so they should have no trouble acclimating themselves to all the aspects of hunting that we hold so dear: scent control, firearm and ammunition choices, scouting, trail camera set up, and maybe the best of all: clothing and footwear!

If you are with an inexperienced female hunter, don’t scout, pick out decoys, or choose stand locations without explaining why. Women not only want to join in on the hunt, but want to learn along the way.

With all of this in mind, it behooves men to make certain that they don’t underestimate a woman’s hunting ability. Don’t treat her as if she’s too frail, or unable to hold herself together under pressure.

It’s that kind of mentality that likely kept women out of the hunting community for so long. It’s time that attitude was changed for good. 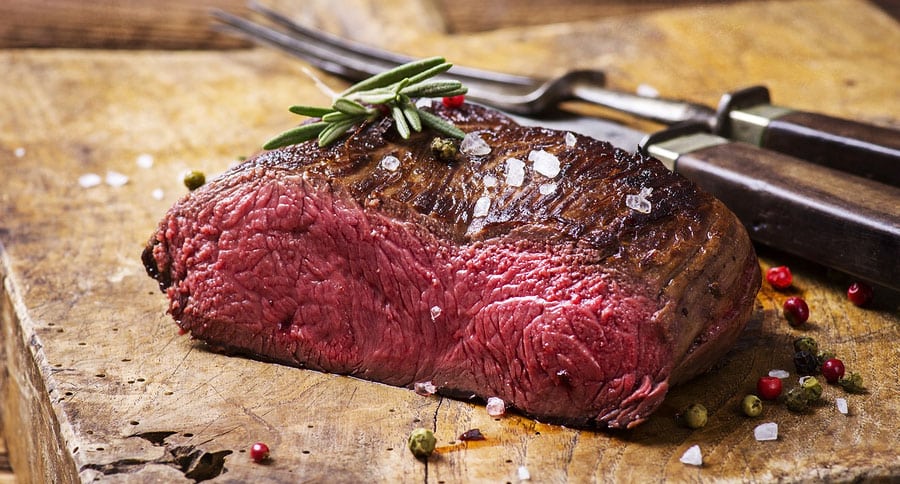 Wild game donation organizations feed millions of underprivileged people every year, and sportsmen and women lead the charge. Virtually every state in the U.S. has a wild game donation venue for hunters to share their hard-earned kill.

How many hunters in North America actually do it? Probably far less than should.

The numbers indicate that most hunters have donated some of their meat at one time or another in their hunting careers, but not all, and that makes it a fitting addition to this bucket list!

According to the Congressional Sportsmen’s Foundation, “Research has shown that most adult Americans (87%) will support hunting if the primary motivation of the hunter is to procure meat,” and that game meat donation programs “have been established in many states to facilitate the processing of meat and the donations to food banks.”

Many of these same states now allow for the hunter, when purchasing their license, to voluntarily add funds to the total price. The extra money then goes directly towards covering the cost of the meat processing for homeless centers, food shelfs, and food kitchens nationwide.

Consider that an average deer gives the hunter around 50 pounds of meat. If it’s ground and used in spaghetti, chili, or even meatloaf, one deer can feed more than 100 people at a minimal cost.

And you don’t have to stop with deer meat, because elk, antelope, moose, pheasant, and waterfowl meat is donated to game meat donation programs around the country every year. 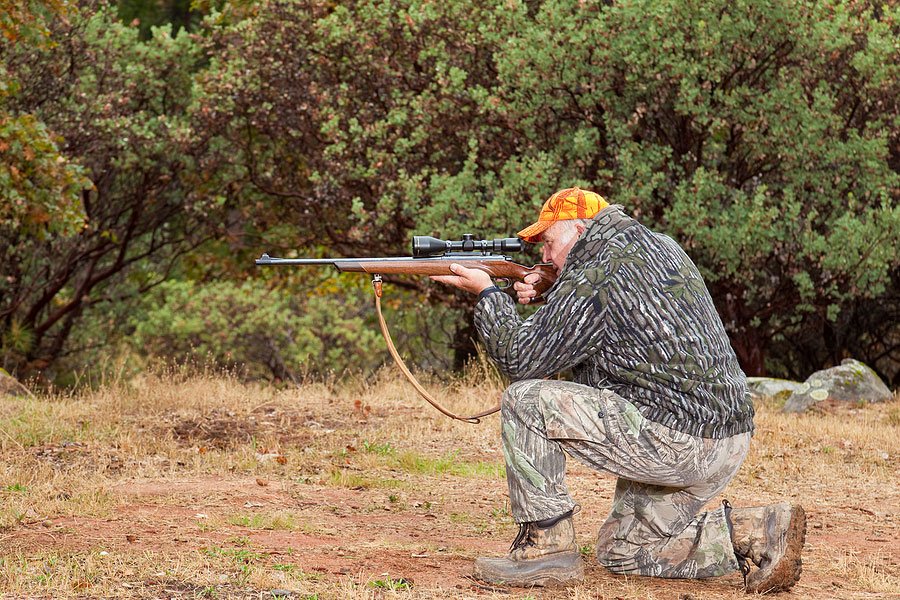 With an honorable mention to our esteemed military veterans and especially those that are disabled, we’re talking about a veteran hunter in the sense of their years and years of experience.

Maybe it’s someone that thinks his or her hunting days are over, and we can change that.

Even if it means just one more hunt, one more day in the duck blind, or one more morning up against a tree to wait for a spring gobbler, then we’ve done a great deed.

The reason states create senior hunting privileges and discounts is to maintain senior hunter and angler participation and reward senior sportsmen and women for their years of commitment to outdoor conservation.

In fact, several states even offer reciprocal hunting privileges for hunters that hold a senior hunting license in their home state.

When the time comes, try making the hunting excursion easy and comfortable. That isn’t always simple when it comes to hunting, but an easily-accessible duck blind or ground blind with a comfortable seat can be perfect, and they’llbe less exposed to the elements.

When it comes to giving up your hunt, your meat, or your tags just remember that these “bucket list” items aren’t the selfish goals that you’d typically expect. Many of these objectives are meant to be about other people, not us.

You and I are still fortunate enough and healthy enough to take part in our passion. The gift of one of these hunts, tags, or meat might just make a big difference in someone’s life!

NEXT: 5 WAYS TO CUT COSTS ON A BIG GAME HUNT 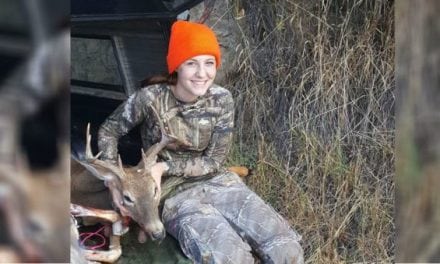 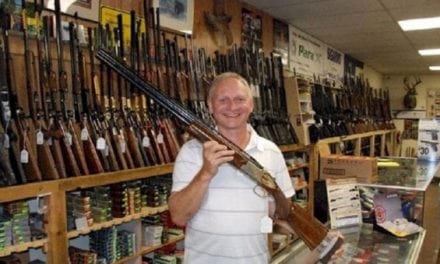 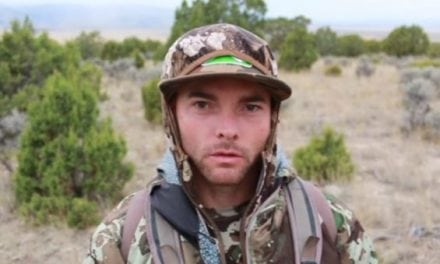 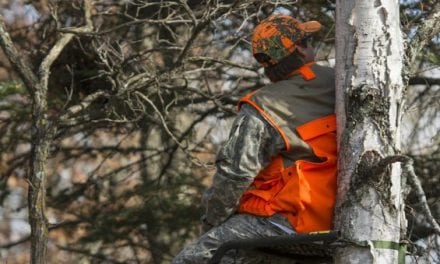