THE RUSH IS ON WITH TOM GRUENWALD IN ALASKA

A sleet filled March morning in Wasilla. I, along with George Krumm of Fish Alaska Magazine and TGO videographer Sean Casper, load our gear carefully. Where we’re going, anything forgotten will be difficult to replace. We must be prepared. Our checklist is thorough: Portable Insta-Shak shelter and heater with propane tanks– slated more for emergency use than actual fishing–two power augers, each with an extra spark plug, extension and blades. Fuel and oil mix, sonar with fully charged batteries, skimmers, a half dozen rod combos each, extra line and leader material, swivels, a bevy of lures, buckets to sit on that will double as protection for our sonar during transport, a couple tip-ups, assorted tools, maps, granola bars, beef jerky, bottled water, snowmobile helmets, filming equipment…we check everything over, then check it again.

Finally satisfied, we climb in the truck and snap open Cokes, looking forward to the long ride into the Alaskan wilderness beyond, toward Lake Louise.

I’m enjoying the scenery, learning about Alaska through George’s narration and watching for moose along the way—a common sight in this portion of the valley just outside Wasilla. Driving higher into the mountains, snow deepens, and moose crossing warning signs change to caribou crossings, signifying the altitude change.

Conversation varies between the mountains, Alaskan history, wildlife, lakes we pass and their associated fisheries, Lake Louise and lake trout. We stop several times along the way to take pictures as George narrates. His knowledge and love of Alaska, along with an extreme passion for ice fishing, have allowed us to become great friends in a short time.

We soon pass a river of gray colored, glacial melt water. “Won’t be long and we should have the glacier in sight, provided this fog lifts,” George points out, before turning into a pull-off so we can take in the view and snap more pictures. George explains that the Matanuska Glacier lies just ahead, but unfortunately, it appears to be mostly hidden behind a thick veil of icy fog.

We continue down the highway, elevation still rising, surrounded by a surreal combination of light grayish-blue skies, snow covered ridges—and as the fog lifts, distant mountains and glaciers. Definitely won’t see moose anymore at these heights, George explains, as we pass another caribou crossing sign–but if we’re lucky, we may see one of those, he says, pointing.

We arrive at Lake Louise Lodge late in the afternoon, where we meet John and Yvette Delaquito, our hosts, and unload. Our hope was to fish yet today, but time won’t allow, so we review maps before sitting down for dinner with members of a local snowmobile club celebrating an outing, then call it a day.

The post THE RUSH IS ON WITH TOM GRUENWALD IN ALASKA appeared first on ODU Magazine-North America's #1 Digital Fishing Magazine. 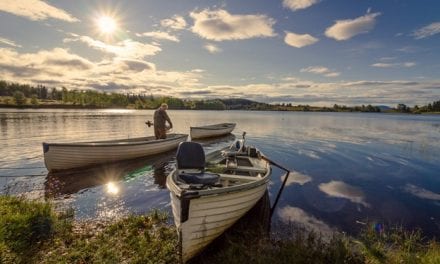 5 Safety Tips for Outside Activities 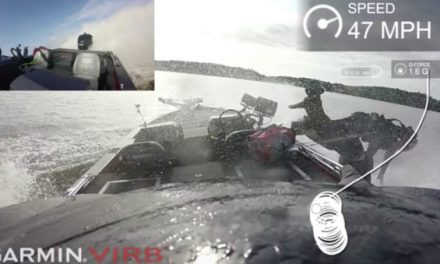 Driver and Passenger Launched Out of Bass Boat at 57 MPH 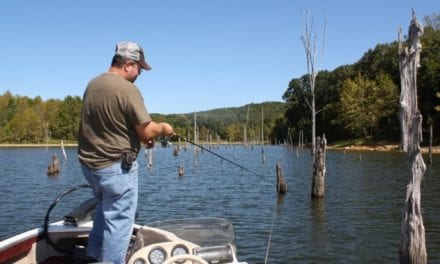 Welcome Ken McBroom To The Team 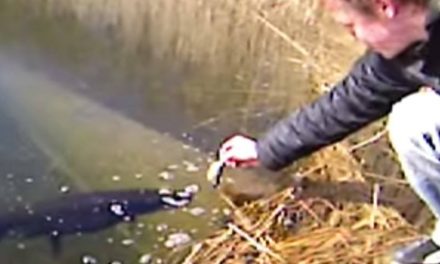 Who Goes Handfishing for Pike? Seriously?