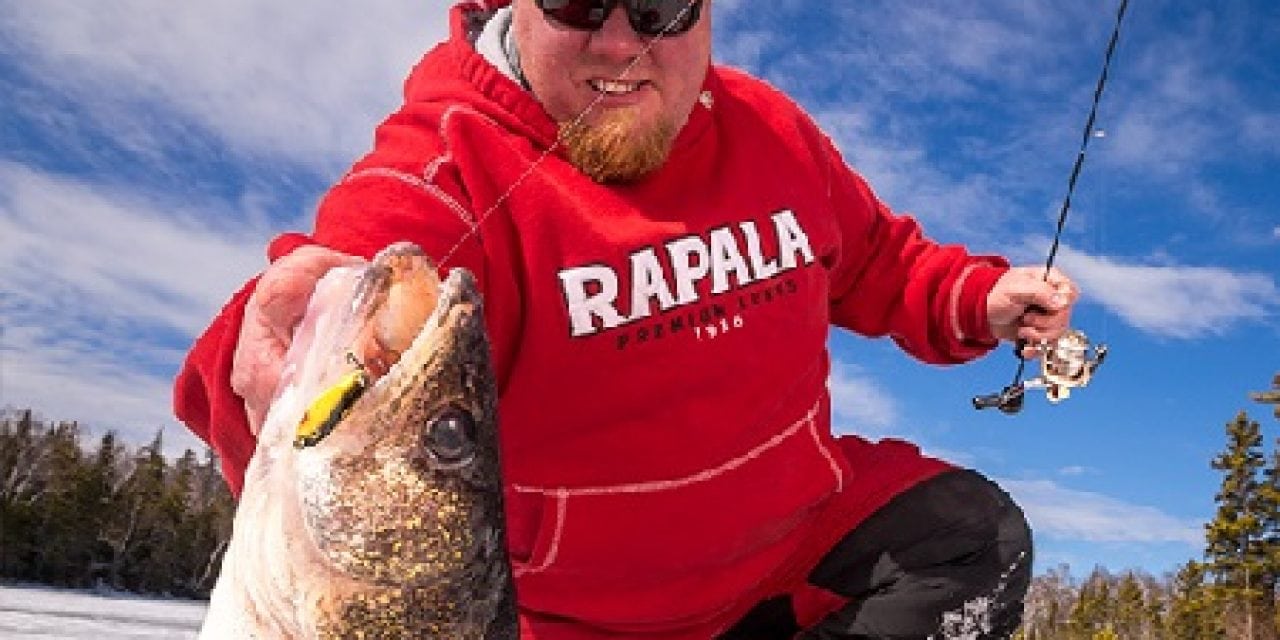 Fish the right VMC spoon at the right time and place this winter and you’ll put more and bigger fish on the ice. “You’ll know in the first hour if they want an eye-catcher spoon like a Tingler or a Tumbler,” says in-demand Minnesota fishing guide Brad Hawthorne, an ICE FORCE pro. “Then if they’re really actively feeding, just crushing your baits, upsize your spoon for a chance at bigger fish or switch up to a Flash Champ Spoon to get down to them faster and catch more coming through.”

And if you notice you’re getting bites only after banging one of the above spoons on a hard bottom, tie on a Rattle Spoon.

As popular as spoons are, many anglers still struggle with when and how to use them, and which type to use where. Following is an in-depth look at Hawthorne’s rules-of-thumb for when, where and how to fish VMC ice spoons. For all the following, he favors gold and silver in clear water and/or daylight hours and pink and orange UV colors in stained water and/or at dawn, dusk or night.

Tingler Spoon
A search bait designed to draw distant fish into the sonar cone below your hole, the Tingler Spoon features a large, thin body that flutters slowly and seductively on the fall. Its mesmerizing, wounded baitfish both attracts attention and triggers strikes.

“That one’s darting all over, grabbing a lot of attention,” Hawthorne says. “It’s the flashiest spoon we have, when it comes to twisting, turning and tumbling.”

While most spoons cover only the small-diameter water column directly under the hole, the Tingler Spoon flutters out far to the sides. Work it back towards your hole with short lifts and hops.

“The Tingler has a wide surface area at the top – as wide as any spoon I’ve used,” Hawthorne explains. “So when that thing’s going down, especially in deep water, a lot of times it’s ending up six to eight feet away from the center of your hole when it hits bottom. So you want to use the Tingler when your fish are a little more spread out.”

To work their best, Tingler Spoons must be dropped on slack line. “That means feeding line off the reel as it falls,” Hawthorne explains. “You want zero resistance on that spoon as it goes down. Because that’s going to give it the best fluttering action.”

Because he’s often in search mode when he’s got a Tingler Spoon tied on, Hawthorne will rip it off the bottom pretty aggressively, hopping it up to two to three feet, and then letting it fall on slack line. “That will make sure it flutters around and flashes,” he says.

Tingler Spoons are available in three sizes: 1/16, 1/8 and 3/16 oz. For walleyes, Hawthorne favors the 1/8th-ounce size, but says he’s “not afraid to go up a size” if the fish are aggressive.

“If the fish are just crushing it, you always upsize,” he says. “If they’re keying in on that flash, you might as well get more flash down there. You’ll know after the first or second fish if they’re going to hit a bigger bait.”

Hawthorne dresses the treble hook on a Tingler Spoon with a minnow head or red larvae.

Tumbler Spoon
While the Tingler is a flutter-type spoon, the Tumbler is more of a “drop spoon,” Hawthorne says. “It does the much the same thing on the way down, but it stays a little bit more vertical,” he explains. “It will sit there right in the strike zone doing flips and rolls.”

A small, metallic attractor blade imparts additional flash and sound when it collides with the Tumbler Spoon’s body and hooks. “That kicker blade adds a little bit more for the fish when they’re right in the zone, pretty much coming to you,” Hawthorne says.

Fish Tumbler Spoons in water 25 feet and deeper. In holes where your sonar shows a walleye tight to bottom, drop it on a slack line. As soon as you drop it to the fish, use your rod tip to pop it four to six inches off the bottom and let it fall back on a slack line. “With just a very subtle jigging action, that spoon will do circles and roll around down there,” Hawthorne says.

Tumbler Spoons are available in two sizes, 1/12, 1/8 oz. Hawthorne will start with the smaller model, but will upsize if the fish are biting aggressively. He rigs the treble hook on a Tumbler with a half or full minnow.

Despite conventional wisdom dictating downsizing baits when fish are finicky, that’s when Hawthorne will dress a Tumbler Spoon with a full minnow. “This has caught my clients more fish over the years than anything in a neutral-bite situation,” he says. “When you lay a Tumbler Spoon right on the bottom, the minnow will freak out and the fish explode on it.”

Flash Champ Spoon
Constructed of heavy-duty brass, the Flash Champ Spoon is designed to get down to the action quickly. Beveled edges and a tapered design give it an erratic, fluttering fall.

“The reason to switch to that is that it gets down faster,” Hawthorne says. “And when a fish are coming through, they can see it and hear it. It makes a teeny bit of noise from the split-ring hitting against the body, but it’s really noisy when you ting it off the rocks.”

Rattle Spoon
Hawthorne often ties on a Rattle Spoon after he’s caught a few fish by bouncing another bait on the bottom, making a racket.

“It might not be the first bait you tie on at the beginning of the day, but you’ll know pretty quickly if you should switch to it,” he says. “If you’re banging bottom with something else and the fish are coming in and drilling it, they’re keying in on that sound.

“If they’re picking it up on rocks, gravel or sand, go Rattle Spoon all the way,” he continues. “You’re going to beat up your spoon a little bit, but you’re going to catch a ton of fish.”

The Rattle Spoon’s specially designed resonance chamber – made of heavy-duty brass and multiple beads – allows anglers to make a racket with just a subtle jig stroke, while still delivering action to the lure.

“I’m pretty sure that’s the loudest spoon on the market – the rattles on it are huge,” Hawthorne says. “When you slam that thing on the rocks, there’s not a louder spoon you’ll find.” 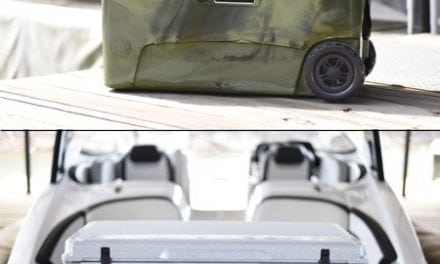 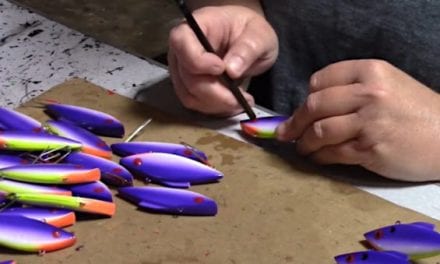 A Satisfying Look at How Rat-L-Trap Lipless Crankbaits are Still Hand-Made in the U.S.A. 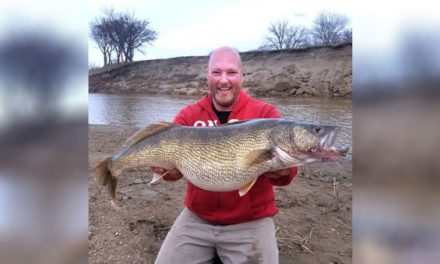 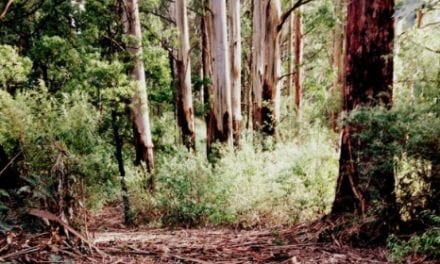