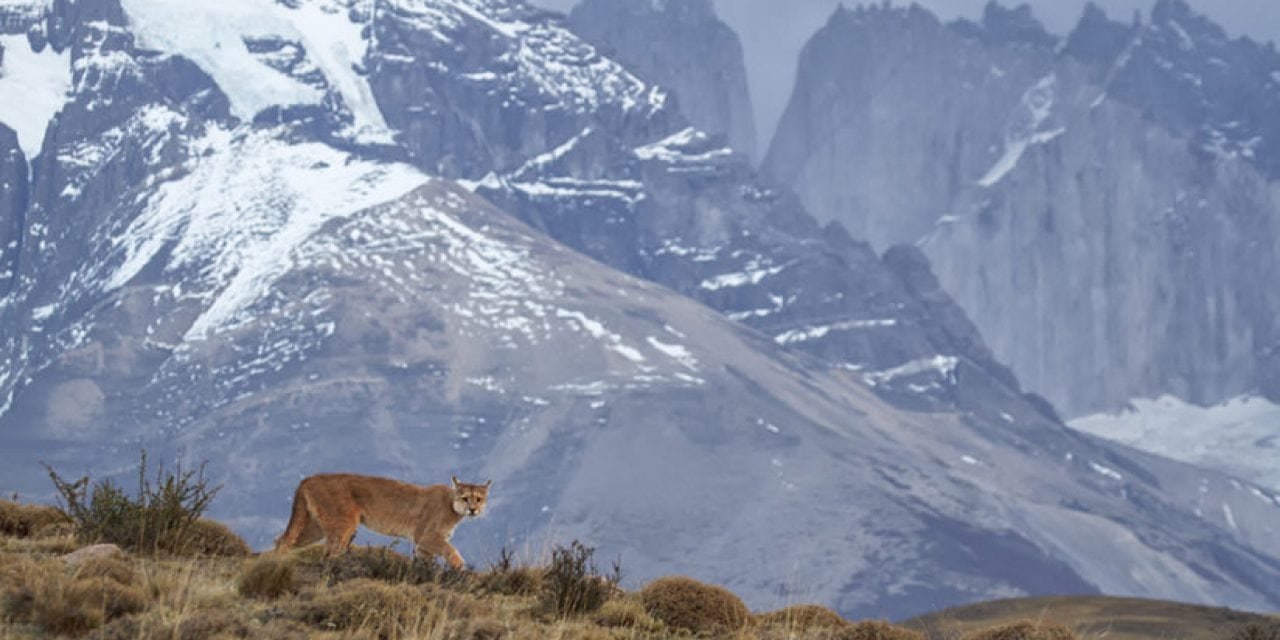 “There he is!” whispers my wife, Mary O. We’re near Torres del Paine National Park, Chile, sitting in a van in the cold rain. She has just spotted a large male puma making his way down the hill to the guanaco kill we’ve been watching for the last hour. For the next 45 minutes, we have the privilege of observing the interactions between this male, a female and two juvenile pumas at the kill—the sort of behavior very few folks have ever actually witnessed in the wild. This is the allure of photographing the wild pumas of Patagonia.

The biologist with us on the photo shoot, a big cat specialist, had never seen such behavior before. Most research has been conducted on pumas in North America, where adult males such as this one—likely the mate of the female and the father of the two kittens—don’t hang around, and especially don’t dine, with others. This behavior in South America may transpire because the ecological fitness of the habitat minimizes the sort of competitive forces we see in more northern parts.

Much wild puma behavior of any kind has not been observed. Many people live their whole lives in cougar country without ever seeing one at all. When they are spotted, it’s typically only a fleeting glimpse. Researchers generally depend on tracking collared animals or using camera traps.

At any other time, on any other trip, this would have been the absolute pinnacle experience. On this trip, however, it’s just the latest of many such incredible encounters. Over the past few days, we have seen and photographed four other pumas, including a pair of 6- to 7-month-old kittens. We have seen a variety of behavior: kittens playing, a stalk, grooming and simply being the supreme masters of their domain. These are wild, free-ranging pumas going about their daily lives, not game farm or otherwise captive animals. A year ago, I would not have believed this was possible. At this location it’s not only possible but virtually guaranteed.

The secretive nature of these cats is legendary. How were we able to witness so much activity? A new conservation program in southern Chile, which focuses on compensating landowners for access to their property, made this achievable. Most of our puma prowling took place on a 17,000-acre private ranch adjacent to the national park.

Due to a recent rule change, the park no longer allows off-trail hiking in pursuit of pumas. Thankfully, our local contact has an agreement already in place allowing access to the ranch, where we can roam as we wish. This is not only good for us but good for the pumas. By collecting a fee for access, the landowner has an incentive to allow the pumas to remain on his property without persecution. Wildlife viewing and photography tours include ranch access fees, monies that go directly to the landowner and provide tangible proof of the value of pumas. Some ranches bordering the national park have even agreed to remove all sheep from the land for a trial period in order to give photo tourism a go.

Even when we were observing wildlife in the park, it was a far different experience than what we are used to in places like Yellowstone. If you have not lived it, you’ve probably seen videos of the circus created around wildlife sightings there. Due mostly to a much lower visitation rate, we had the cats all to ourselves for 45 minutes.

And what a location! Torres del Paine is an awesome photographic destination in itself, with soaring dramatic peaks, turquoise blue lakes and glaciers. The pumas of Patagonia are just the delicious icing on this tasty cake.

The primary prey for the pumas in this region is the guanaco. These wild ancestors of the llama and alpaca are abundant here and fairly tolerant of people, allowing for some great photo opportunities themselves. They also help us locate the pumas. When the guanacos spot a puma, they start sounding an alarm call. This call is very distinctive, and when heard it alerts us to start looking carefully for a puma. The pumas can be very difficult to spot as their coloring blends perfectly with the vegetation.

The other large animals in the area are birds. Darwin’s rhea, Chilean flamingos and Andean condors are all local residents. The Darwin’s rhea, one of three “Lesser rhea” subspecies, are large flightless birds related to the ostrich and emu. The Darwin’s are slightly smaller than the greater rhea found in the Pantanal.

The IUCN Red List classifies Chilean flamingos as “Near Threatened.” These birds are one of four flamingo species in South America. They are slightly smaller than the Caribbean flamingo.

With a wingspan of nearly 11 feet, the Andean condor is the largest flying land bird in South America and one of the largest in the world. The IUCN lists them also as “Near Threatened.” On the last day of the trip, we had the pleasure of visiting a condor roost and watching 80 of these birds soaring above and below our cliffside perch. These birds kept flying above us, checking us out!

This was the trip of a lifetime as few people have ever seen pumas in the wild. I was making plans for a return trip to share with a few fellow adventurers even before we left. Never in my wildest dreams did I think I would be deleting images of mountain lions because they are just not quite sharp enough. I would have been thrilled just to see one at all. But now, thanks to landowner cooperation, lack of persecution and the open terrain of the Torres del Paine region, the pumas have grown accustomed to observation as long we remain at a respectful distance. The result? While the hike in can prove challenging—typically a hilly one to two miles each way while bearing photo equipment and braving the famous Patagonian winds—once in place, the photography, and the “awe” factor, comes easy. South For The Winter

Winter in the northern hemisphere is the perfect time of year to escape to Costa Rica and explore diverse wildlife and landscape photo opportunities. Read now.

The post Pumas Of Patagonia appeared first on Outdoor Photographer. 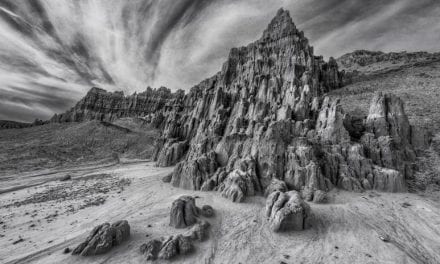 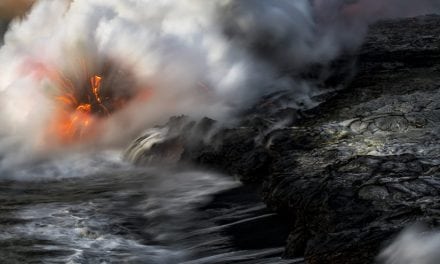 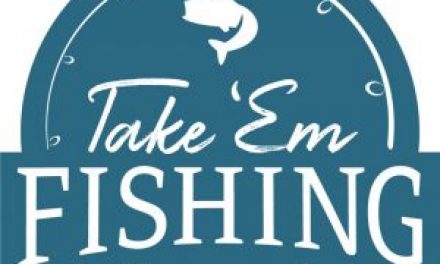 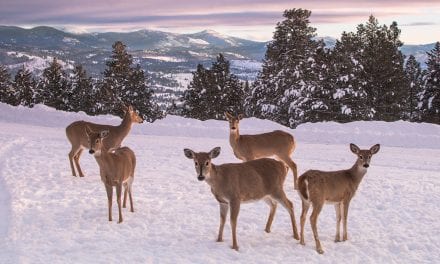 Photo Of The Day By Tim Nicol