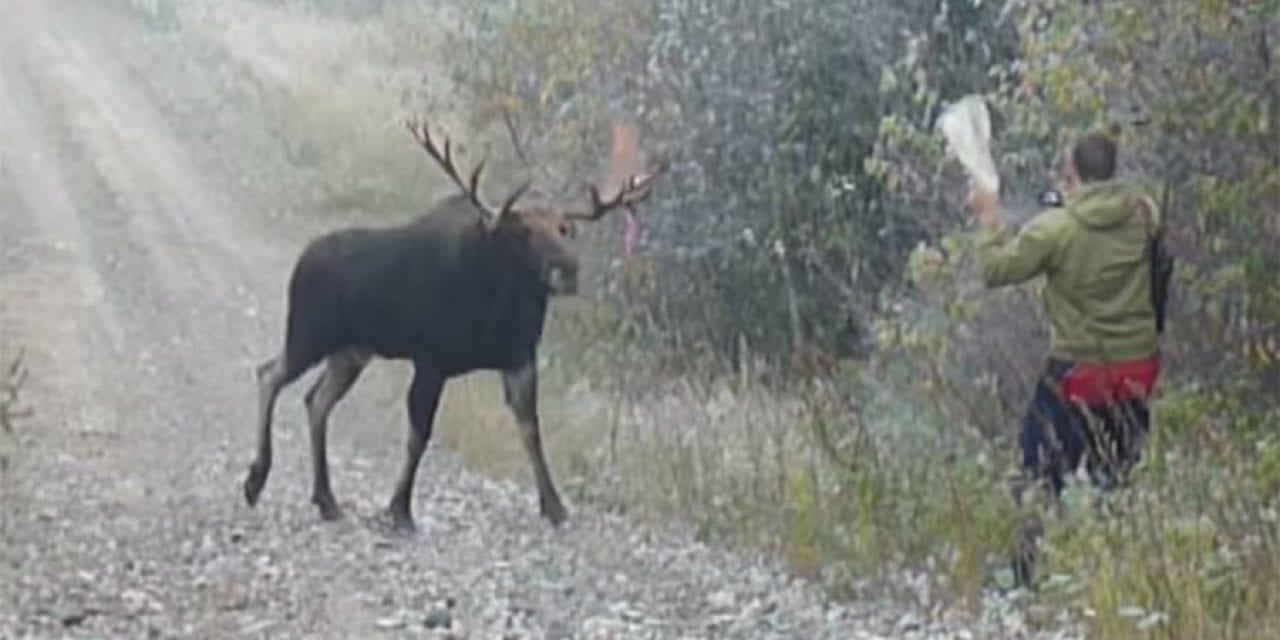 Watch as one hunter gets charged by a bull moose when he gets too close for comfort.

Bull moose don’t have the sharpest senses. Their vision is especially poor. However, when you combine that with their ornery attitudes during mating season, you have a possible recipe for disaster.

The hunter in this clip almost found that out the hard way.

The hunter in question looks to be filming the moose as it gets closer and closer. He seems to have a fake bull moose antler in his hand which is distracting the animal.

However, the hunter than makes a grave mistake. He lowers the distraction and turns his back on the bull moose. Once the moose realizes that it wasn’t facing down another moose, it charges. The other hunter filming the encounter shouts for the other man to look out before the moose abruptly turns away.

The hunter filming got a good chuckle out of the event, but he would have been singing a different tune if his friend hadn’t been so lucky. The lesson here is to always keep your distance from wild animals. They are unpredictable and no camera shot is worth risking life and limb. 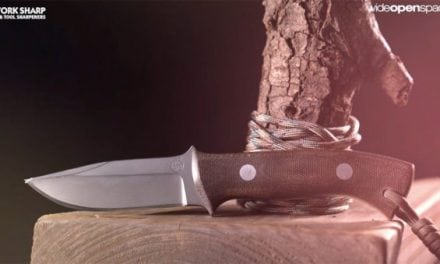 Work Sharp Knife of the Month, the OD Quick Draw 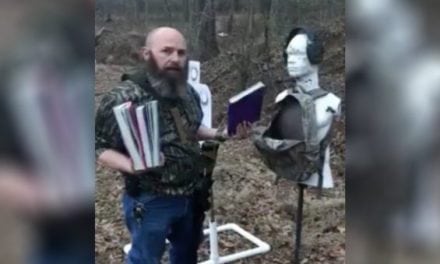 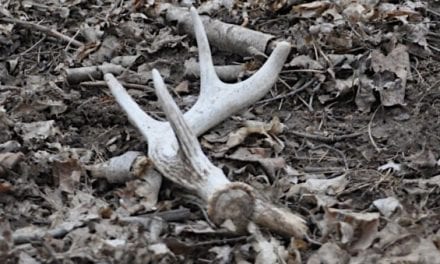 Here are the 8 Distinct Types of Shed Hunting Personalities