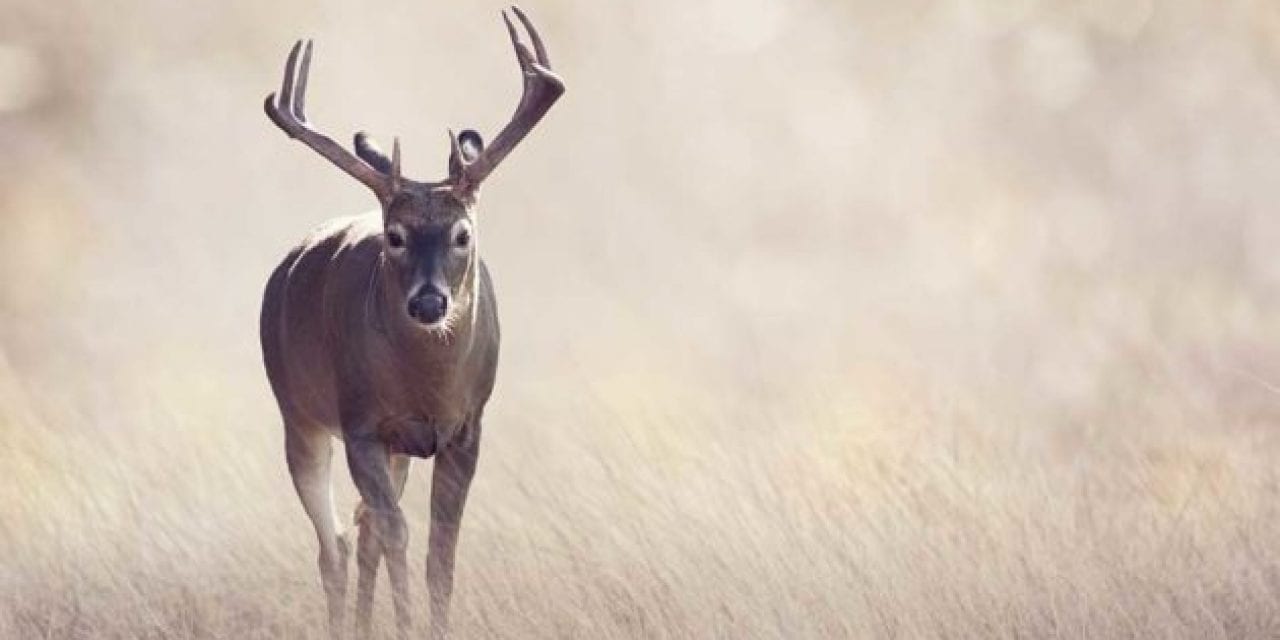 
Here is how you know you need a new hunting spot.

As deer hunting season starts to wind down in many areas, it’s time to look back and reflect upon the season. More importantly than that, every deer hunter should be assessing their favorite hunting locations.

You should ask yourself: “Is it time to move on?”

Now, to be clear, we’re talking non-obvious signs other than just not seeing any deer each trip to the treestand.

Let’s look at this analytically and discuss a variety of factors that could be affecting your hunting area, and effectively making that favorite spot not so desirable for deer movement anymore.

A change of property ownership

For instance, one side of my uncle’s property was once bordered by a piece of land that never got hunted. We could usually count on some deer movement into this sanctuary bedding area on opening day of firearms deer season every year.

In fact, we harvested several bucks making a beeline towards it.

But then one year, the property changed hands. To our chagrin, someone started hunting it. The sanctuary was no more, and bucks quit fleeing to it. Now, it didn’t ruin our hunting area entirely, but the new hunting pressure did change some deer trails as the animals were no longer using that area as an escape sanctuary.

If you’ve noticed a sudden, extreme change on your hunting land, it’s worth looking at the neighbors to see if something there has changed. I’ve read many horror stories on the internet about people’s seasons being ruined just because the new neighbors next door put a half-dozen or more hunters along a previously un-hunted the fence line. Or worse, they started riding an ATV around during prime time of the hunting season.

Either way, it gets annoying when the wind direction blows from them to you, as it sends an effective human scent curtain onto your land and turns your previously great spot into a deer “no-go” zone.

This kind of situation really sucks, because it’s one you can’t do a whole lot about. If there is excess hunting pressure next door, it can alter travel corridors, simple as that.

Now, sometimes you can combat these problems by providing better food sources and cover on your land, but I’ve heard of extreme cases where hunters have had to abandon spots. It’s unfortunate, but it does happen.

The obvious signs your public land spot is compromised

Public land hunting can be one of the most annoying things for a deer hunter to try. First, it’s incredibly hard to find a deer hunting spot no one else knows about. If you do, you’d better keep that secret close to the chest. If you find a perfect bowhunting spot that holds mature bucks year after year, you’ll likely know when your location has been found.

Perhaps you’ve been very careful to not mark the pathway to your treestand locations. You’ve relied on GPS to get you in and out. You use a climber to leave no sign you were there.

Maybe you were even so paranoid about giving away your spot that you didn’t even cut shooting lanes. But even the best spots can be ruined a hurry.

If you’re out shed antler hunting in January and February and start seeing boot prints, that’s an early indicator your hot spot is compromised. Most shed hunters are die-hard hunters already scouting whitetail for next year’s rut. If the boot prints are there, the tree stands and ground blinds will likely be close behind.

Sometimes you can make the best of a bad situation. Plenty of trophy bucks have been taken in pressured areas, but if you’re starting to see more deer stands than animals, that’s a good indicator for most bowhunters that it is past time to move on and find the next good spot.

This seems like something that should be an obvious indicator to move on, but many hunters stubbornly keep returning to the same spots year after year even though it is obvious things have changed.

Sometimes it is because of tradition. I understand that, it’s hard to let go of the stand your grandfather used.

But some people will find things like a young buck dead in an area or a heavy rub line and set up a stand or blind here. They ignore the fact that the rubs are at least three or four years old and that buck’s bones were bleached white from years of sitting in the sun.

Sometimes you’ll see a gradual waning of sign over time. Habitat loss is a real thing affecting both whitetails and mule deer here in the United States. Many animals are being forced into more urban areas as a result of development and in some extreme cases, they may stop hanging around that favorite hunting spot.

The only thing you can really do to make a final decision is to monitor your trail cameras. To me, that is the very thing that defines if a spot is worth keeping or not.

If you’re leaving your camera out months at a time and it’s only catching a handful of deer photos in that period, something is up and it’s time to move on to greener pastures.

A sudden outbreak of a viral disease can have a devastating effect on a deer herd and sometimes it’s just not worth sticking with a spot because of it. Chronic wasting disease (CWD) and epizootic hemorrhagic disease (EHD) are two major ones to watch out for. If your area gets EHD, you’ll likely know it when the dead deer start piling up by the dozens. The blood-sucking flies that cause EHD have dashed the high hopes of many a hunter who has a giant buck on camera, only to find it laying face-down in a creek a few days before the season begins.

In some instances, it takes years for an area to recover from a disease outbreak. If you’re talking CWD, an always-fatal neurological disorder caused by prions, it can linger in a feeding area for years, infecting animal after animal. As far as I know, no CWD containment area has ever been lifted or cleared once set by wildlife officials.

While there has been no evidence these diseases affect humans, you also must ask yourself if it’s worth taking that chance. Because many medical experts advise against eating contaminated meat.

Then there are all the other unwanted effects these diseases bring: Mandatory deer checks and testing, baiting bans, extreme carcass disposal and transport rules.

At some point, it may become too much of a headache.

You already have limited time to hunt, why waste it in an area that could be ruined by one sick deer when big bucks can be found elsewhere?

Your gut tells you to

At the end of the day, the decision to move on from a favorite hunting spot is never an easy one. However, if you’ve been considering it for a while, odds are you’ve already noticed some of the warning signs I’ve mentioned above.

There are also times where deer habits simply change with no rhyme or reason to them. I’ve noticed some spots produce sightings for years and then they’ll go through long periods of drought before becoming effective again. Others may never recover. It’s just one of nature’s mysteries sometimes.

If you’re noticing waning deer sightings in the area you hunt, you need to do a little detective work. Try to figure out why you’re not seeing anything and then you can best think of ways to combat the problem. Many times, the problems can be fixed.

But of course, sometimes there is just no changing neighbors or stopping the spread of progress from ruining your favorite spot. Examine all options and trust your gut feeling on a hunting spot.

You’ll find that feeling is right more often than not.

NEXT: HOW TO CREATE AND HUNT A DEER FUNNEL (AND LEAD THEM STRAIGHT TO YOU)

The post How to Know It's Time to Move on From Your Favorite Deer Hunting Spot appeared first on Wide Open Spaces. 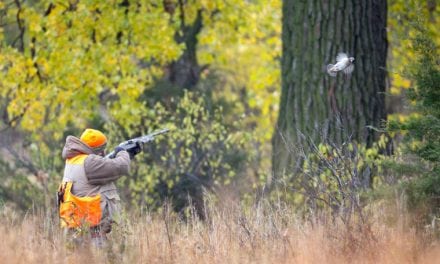 The Year to Become a Quailer 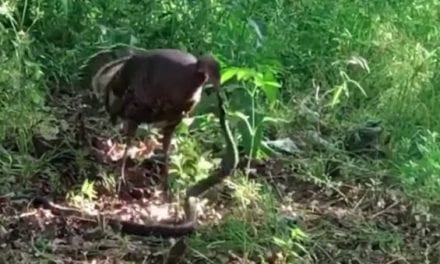 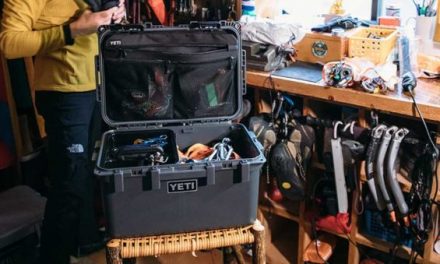 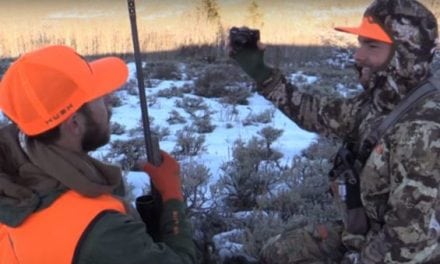