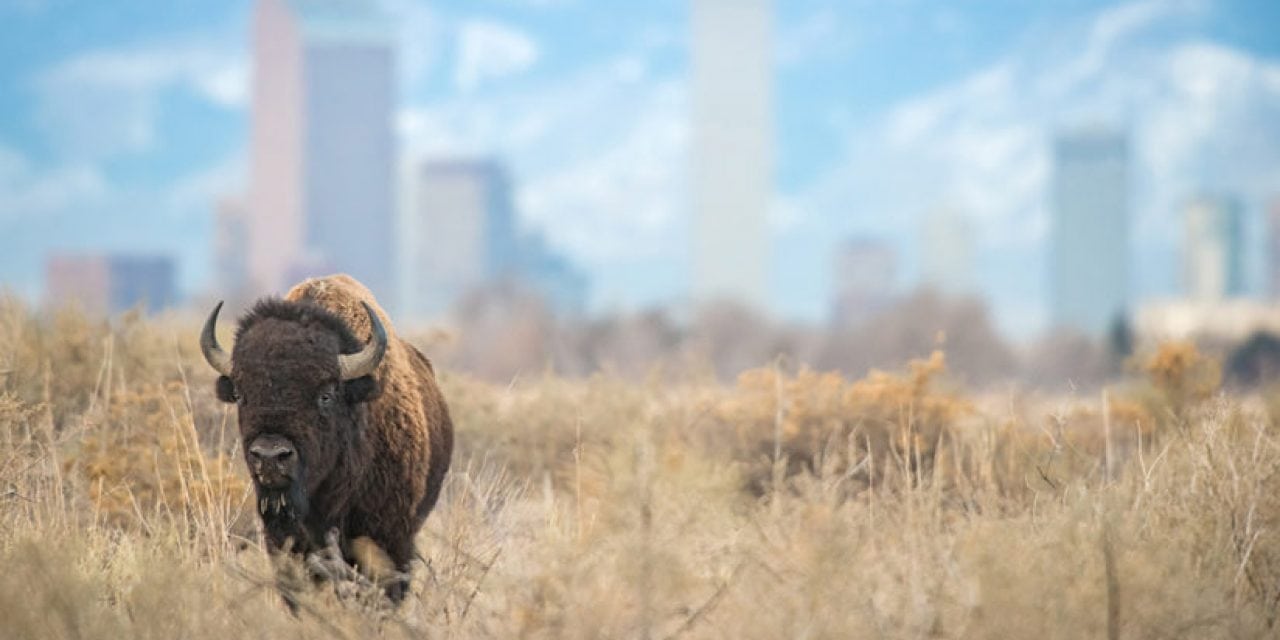 
I visited my first refuge, the John Heinz National Wildlife Refuge at Tinicum, about 20 years ago, a few years after I finished college. The approximately 1,000-acre refuge is located on the southwest side of Philadelphia about 20 miles from where I grew up in southern New Jersey. It was also the first urban wildlife refuge in the United States Refuge System, a fact that I was unaware of during that visit.

Back then, I didn’t know what a refuge was or that land was preserved so close to a city of more than 1.5 million people. The refuge sat next to U.S. Interstate 95, and it was noisy but it was a refuge — a refuge from the hustle and bustle of city life, a sanctuary for wildlife and a great place to learn about the outdoors.

On that first visit to Heinz, I saw great blue herons, wild turkeys, mute swans and groundhogs. I wandered along the boardwalks skirting the marsh edges, on the trails through eastern hardwood forests and past ponds full of lily pads. This little oasis in the urban environment got me hooked.

Since then, I have visited close to 75 national wildlife refuges, from Louisiana, where I photographed the endangered red-cockaded woodpecker at Big Branch Marsh, to Alaska, where I photographed polar bears in the Arctic National Wildlife Refuge. I have also returned to that refuge along the interstate in Philadelphia where they now have a nesting pair of bald eagles.

Each of the refuges I have visited has something unique and special, but some of my favorites are Bosque del Apache in New Mexico, Rocky Mountain Arsenal in Colorado, National Elk Refuge in Wyoming, Sonny Bono Salton Sea in California, Alaska Maritime along the Aleutian Islands in Alaska, and Seedskadee in Wyoming. All are fantastic places for wildlife photography.

About The National Wildlife Refuge System

In 1903, a group of citizens, scientists and conservation groups encouraged then-President Theodore Roosevelt to create a national wildlife refuge as a safe haven for birds from hunters going after their feathers. Fancy, colorful plumes were popular in hats and other garments, and the demands to satisfy this fashion trend caused the demise of large populations of birds such as roseate spoonbills, great egrets and reddish egrets. That first refuge was Pelican Island National Wildlife Refuge in Florida, and it was the beginning of the U.S. National Wildlife Refuge System.

Today, 114 years after the establishment of the first refuge, the refuge system has grown into a science-based organization with a mission to “administer a national network of lands and waters for the conservation, management, and where appropriate, restoration of the fish, wildlife and plant resources and their habitats within the United States for the benefit of present and future generations of Americans.”

The U.S. Fish and Wildlife Service manages the properties, which encompass more than 850 million acres of land and water across 566 refuges, 38 wetland management districts, two national monuments and five marine national monuments from the Caribbean to the remote Pacific. Within this massive volume of land and waterways, the refuge system is home to 700 of the 786 species of birds, 250 of the 311 reptiles and amphibians, and 220 of the 428 mammal species in the United States. Eleven hundred species of fish also call a refuge home.

Every state and U.S. territory has at least one national wildlife refuge. Four hundred and sixty refuges are open to the public, and most have no entry fee. For the 35 refuges that do charge an admission fee, a Federal Duck Stamp or a National Parks and Federal Recreational Lands Pass (the national parks annual pass) will get you free admission. Purchasing these passes helps put funds back into the system for additional land acquisition, maintenance of public lands and habitat restoration. There really is no reason not to get out, explore your refuge properties and test your wildlife photography skills at these public places.

“Photography has helped by transmitting images to the public, giving the public the ability to see what is on the refuge,” said Blair. “Photography has been used by a lot of concerned people to help improve and build refuges, such as the National Bison Range in Montana. Many refuges also have photo contests that go to supporting refuges. Many have photo clubs. For example, John Heinz [National Wildlife Refuge] has a club aimed at high school-aged kids as a way to introduce them to refuges and the outdoors.”

Planning Your Visit To A National Wildlife Refuge

So where do you start? First, find a refuge near you or find one near where you may be traveling. I start by using an app called myRefuge. It is a free app that provides maps and information about locations for wildlife photography, bird watching and outdoor recreation for 300 national wildlife refuges throughout the U.S. Next, I go to Google maps and do a search for national wildlife refuges. The app will bring up markers for the refuges closest to your location.

Another great place to find refuges near you is the U.S. Fish and Wildlife Service website (fws.gov/refuges). On the homepage, you will find a map of the U.S. Select your state or the state you will be visiting, and a map will pop up marking each of the refuges in that state. You can also search for refuges by zip code, in an alphabetical list or listed by state.

Research what animals you might see at the refuge you are visiting. The USFWS website is again a great source of information for learning about the animals at a refuge. Each refuge has its own website, linked from the main refuge system site, where there is information about the refuge, wildlife at the refuge, and how to plan your visit.

I find one of the best ways to learn about wildlife at a refuge is to do a photo search on Flickr or another photo-sharing website. Make sure your search terms are specific for your visit, such as including terms like wildlife, spring, morning, etc. Many of the photos will have captions and information about where the photographer took a photo, best times of year, time of day and behavior to look for in an animal. Blog posts by other photographers may also provide a wealth of information about their favorite refuge.

Finally, before I head out to a refuge — even if it is just a morning visit to Rocky Mountain Arsenal National Wildlife Refuge, the refuge closest to me — I make a shot list and a list of my goals for the outing. What animals am I looking for during my visit? Is the season best for seeing great horned owls nesting or is it deer rut season? Where will I find the animals I want to photograph on the refuge? Are there any seasonal closures at the refuge that may hinder my photographic goals for the visit? Do I want to visit at first light or late afternoon? How will that affect which animals I see and where I need to position myself for the best lighting?

Now it’s time for the fun part — getting outdoors into the fresh air and photographing wildlife.

Many of the national wildlife refuges have auto tour routes. This is an ideal way to photograph wildlife on a refuge because a car functions very nicely as a blind. Shy species, such as pronghorn, white-tailed deer and Virginia rails, will not flee as quickly next to a quiet car. Move slowly as you progress along an auto tour route. A vehicle backing up typically spooks animals. If you drive slowly, while not blocking traffic, you will have a better chance to see an animal on approach rather than whizzing by it.

Another option is to take to the more than 2,100 miles of land and water trails in the refuges. In Alaska, I love to use my kayak to photograph wildlife from the water. When you quietly float through the water with minimal use of the paddles, sea mammals will become tolerant and sometimes even curious, giving you great opportunities to photograph sea otters and harbor seals. Or try getting a different perspective of moose grazing along a shoreline by floating on a lake or down a river, such as the Green River in Seedskadee National Wildlife Refuge.

To find wildlife, look for different shapes or colors in the landscape, such as round shapes in a marsh of tall, straight cattails where an elusive bittern might be hiding, or large white ovals indicating the tail ends of bighorn sheep blending into the brown landscape of a rocky butte. Or look for watering holes where animals may gather at different times of the day.

Use your full lineup of lenses. Take photos about the animal’s environment as well as the close-up portraits. It is great to capture the full-frame portrait of a sandhill crane at Bosque del Apache, but the landscape, with its southwest colors and stunning sunrises, also offers a lot in a photograph.

Contact the refuge to see if they permit blinds. Since some refuges allow hunting, pop-up blinds are also permitted for photography. Just be sure to avoid hunting season as the animals will be very skittish and more than likely not easy to find. When you contact the refuge about blinds, also ask them if they offer photo permits. Some refuges offer, for an additional fee, a short-term photo permit. Rules and availability change by refuge, so speak with the refuge directly.

At the refuge, remember some general safety and consideration guidelines: pull off the road safely, don’t block traffic, don’t stop in the middle of the road on a hill where oncoming traffic can’t see you, and use pull outs. And always remember to photograph wildlife safely and responsibly by respecting closures and keeping safe distances. Do not chase, feed, bait or otherwise alter the behavior of animals.

The general photographic guidelines apply when photographing wildlife. Make sure the eyes of your subject are in focus, keep clean backgrounds by avoiding distracting colors and objects, connect with your subject by getting to their eye level, and go early and return late for the best light and wildlife activity.

Protecting Our Refuges For The Future

If you want to do more, consider volunteering at a refuge. “Get involved,” said Blair. “Promote your local refuge with work off site, become a part of the refuge community or join a Friends group. There are about 200 Friends of Refuges groups that are a level up from volunteer opportunities.”

If you are interested in conservation photography, Blair suggests contacting your local refuges with project ideas. Such projects might include invasive species control; photography of endangered or threatened species, such as the monarch butterflies, Attwater’s greater prairie chicken or the Louisiana black bear; or building a photo blind through the NANPA Foundation Photo Blind Grant Program.

Expect to see me out there trolling around the national wildlife refuges. There are so many that I enjoy revisiting, but still so many I want to visit for the first time.

The refuges at the top of my wish list are J.N. “Ding” Darling in Florida for its birds, Kodiak in Alaska for its sea mammals and brown bears, Aransas in Texas for the whooping cranes, Fort Niobrara in Nebraska for elk, and Tule Lake in California for eagles.

I have a goal of visiting all of the national wildlife refuges before I can no longer carry a camera. I’ll be a very busy photographer for a long time, thanks to the conservation of these public lands.

Dawn Wilson is a professional photographer and writer specializing in photography of wildlife at high altitudes and high latitudes of the Rocky Mountains and Alaska. See more of her work at DawnWilsonPhotography.com. 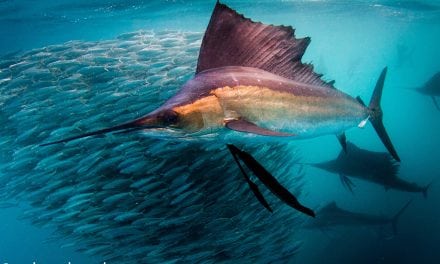 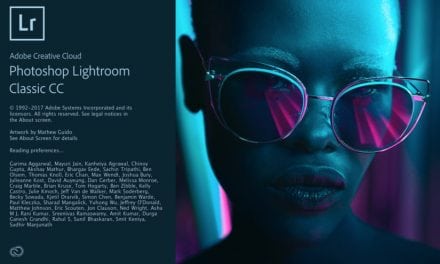 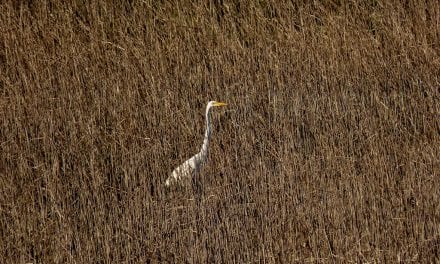 Photo Of The Day By James Woolcock 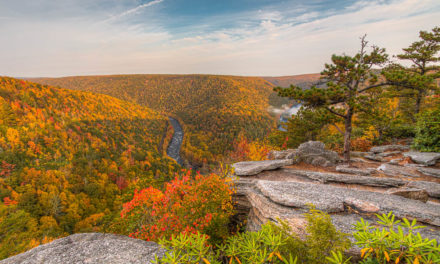