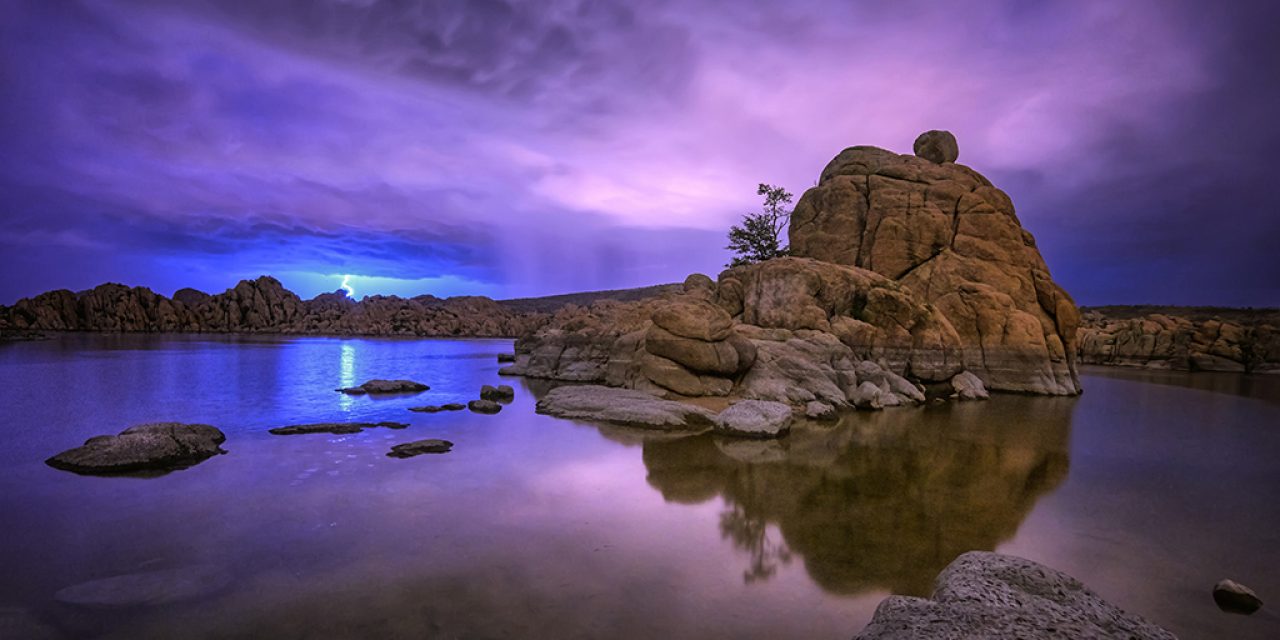 Behind The Shot: Blue Mood When people come to visit me where I live in Prescott, Arizona, I can’t wait to take them just down the road to Watson Lake. The drive is short, but there’s the winding turn on Highway 89 that begins to slowly reveal the towering formations of the Granite Dells and the accompanying awe of the passenger as their breath catches and they fumble for something to say.

I’ve spent a good portion of the last 10 years walking, climbing and hiking on that granite, always with a camera on hand and an eye to the light and shadow play, the ever-changing foliage and the overwhelming uniqueness of those formations that glow at sunset. Knowing the environment at Watson Lake, where to step—and more importantly, where not to step—came in handy for this shot of an incoming monsoon thunderstorm after dark in the rain.

The shoot started as any normal shoot does for me. Look up at the sky, determine where the clouds are most prevalent and interesting, and head out at sunset. The clouds that evening took me to Watson Lake and put on a spectacular color show as the sunset broke through. I was very satisfied with what I had shot after the sun had gone down and was happy to head home and get a look at the shots on my monitor.

While making the hike back to my car, I heard the rumble. Distant thunder was calling me for a closer look, so I made my way back up the granite. Once I got to higher ground, I stood for quite a while in the darkness, waiting. Nothing. My flashlight batteries gave up on me, so I made my way back down and was packing up the car when the rumble happened once more, and then again. I unpacked my gear and headed to the lower shoreline where I know the area better and could get around without my flashlight.

Flashes of light intermittently lit my hike down to the shoreline, the thunder still distant and the wind beginning to pick up. I felt my way up to a perch on one of the granite shelves and set up the tripod for a shot I had taken many times before in the evening light. The storm was still slowly coming in over the lake, but the lightning was providing some very nice spotlighting on the formations across the lake. When the wind began to increase and the light rain began to take a toll on my lens, I decided to switch locations. I made my way to the main shoreline near the boat launch where another enormous granite formation awaited.

After all that hiking, I ended up on a granite perch that I could have walked to in about 10 minutes from where I parked, but I was happy with the shots I had taken along the way, and those shots gave me an idea about the next one. The way the lightning was flashing across the lake on my earlier shots would make for a dramatic background with the massive granite formation in the foreground.

I don’t own a lightning trigger, so I shoot lightning the old-school way: count, pray, cross your fingers and use long exposures. I shot this way continually for about 10 minutes, taking time between shots to adjust the framing, switch from a warmer to a cooler white balance and wipe the lens. This shot was in that first series while the lightning was really only being used as a background effect. I stayed out for another 30 minutes, catching the storm as it passed overhead and the lightning moved much closer, but it was the rain that eventually made me move from the perch. By the time I arrived back at my car, I looked like I had been swimming in my clothes! Even the park ranger got a chuckle out of that one.

I’ve always thought that Watson Lake was a special place, but I come up short in attempting to describe the scene. I think maybe that’s because it’s more than just a scene—it’s a feeling. Looking over the shots from that night, the feeling that comes to mind is creation.

The post Behind The Shot: Blue Mood appeared first on Outdoor Photographer. 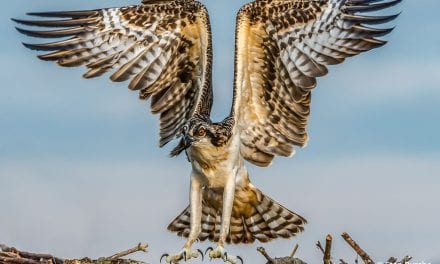 Photo Of The Day By Stan Bysshe 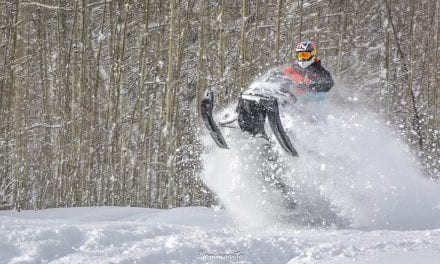 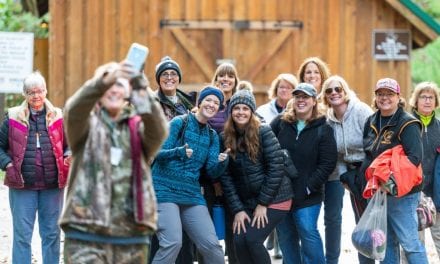 A Weekend of Exploration 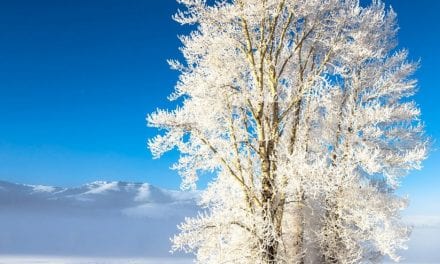 Photo Of The Day By Mary Schmidt