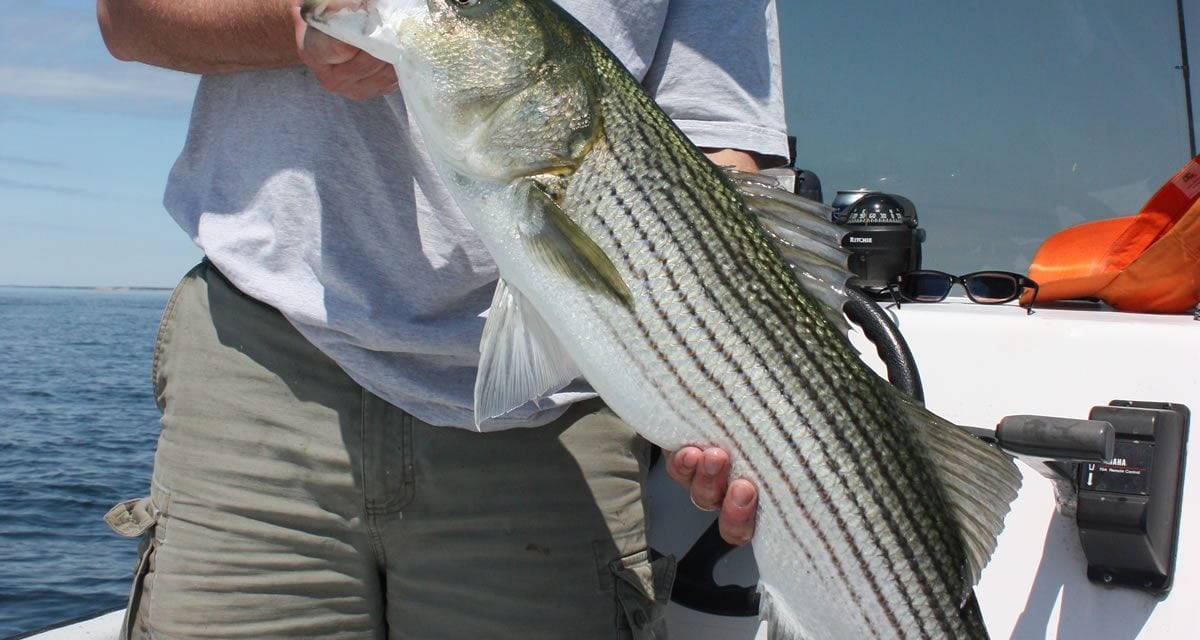 Whenever folks ask me where I live I adopt my best body-builder pose, arm curled tight, and point just below my wrist inside of my forearm. My anatomical reference is to Wellfleet on outer Cape Cod. Everyone laughs but the biggest cackles come from Michiganders because they know what it’s like to chart geography on a body part (Michigan is known as the Mitten because of its resemblance to the handshoe). But then again, maybe they find humor in the fact that I need to hit the gym and grunt out a few hundred more bicep curls, I don’t know.

No gym time for me, it’s fall on the Cape and that’s fishing time. Crowds leave in droves around Labor Day, and we anglers have the entire sandbar to ourselves. There are few vehicles waiting at red lights, beach parking lots are virtually empty, and there are sporadic headlamps shining on the road after the bars close late at night. By Columbus Day, the restaurants are closed, and it becomes increasingly difficult to get a cup of coffee or some junk food to chow on in between midnight fishing trips. Vehicles with bike racks disappear, and they are replaced by rigs with rod racks.

Some of the rod racks are really fancy, all stainless steel with a platform for a cooler. Others, like mine, are homemade jobs made from some scrap marine plywood and PVC tubing. A study of rod racks is as interesting to me as charting the different boot scrapes on Boston’s Beacon Hill, and they all have a character that makes them unique.

You’ll see old pick-ups with pop-up campers running the beaches at Race Point, or Jeeps and SUV’s rolling down Sandy Neck to access Barnstable Harbor. There are no 4X4’s along the Canal, just women’s bikes. There are fleets of them, ridden by tougher-than-nails old men. Just ask one why a woman’s bike.
“I can’t get my leg and waders over the bar on a man’s bike,” they’ll say.
Their bikes have rod racks, and many of those two-wheelers have baskets so big they’d make the Wicked Witch of the West green with envy. The fall is about boats, too. Long-deep vee hulls with twin outboards capable of timely runs in heavy seas in search of giant schools of bass crashing the surface. One fall I saw a 26-foot Regulator launching with twin 250’s in the stern. My gut feeling was that the Cap’n was going to hit the Motherlode of bass. I wasn’t on that boat, but shit; at $5.00 a gallon on the gas dock I couldn’t even afford the fuel for a trip like that let alone the boat.

There are skiffs and kayaks as well, perfect for working the offshore bars, flats, and tidal seams. Getting into skinny water and working a pod of small bass is more fun to me than casting into a blitz of big fish. Sure I like big fish, but there isn’t much that is more exciting than hooking a striper in a foot of water that is not much farther away than your rod tip. A slob at that same distance is what dreams are made of.

There are all sizes of fish. Next to the spring when the big fish are on herring, the fall is a solid bet for a shot at a big fish. It doesn’t matter if you’re talking bass or blues, they’re fat and they want to get fatter. The schoolies and the pesky 3-4 pound cocktail blue get replaced by the double-digit fish. A 12-14 pound bluefish in skinny water marks a successful day in my book..

Ask Jim Anker. We were out one September day. The wind was a perfect woodcock wind, 10-15 knots Northwest. We saw a few blues here and there on the dropping tide, the kind of fish that catch your attention but really don’t make your heart race. We waited as the tide dropped to slack low, and set up where a sand spit adjoins a giant flat. The pattern had been that when the tide turned, the fish moved up along the sand spit until they hit a guzzle, about a foot deeper than the rest of the bottom. Then, they passed through and got on to the flat. No need for an anchor, there was already one on board, so I trimmed down the motor until the skeg stuck into the sand.

We jawed on for about a half hour until I noticed the wind pick up. The wind always gains strength once the tide turns, and climbed up to stand on the console to scout for fish. There were two, no three, no a dozen, and then I couldn’t count that high. An enormous school of fish was staging, waiting for the water to rise enough so they could get onto the flat.
“I’m thinking about getting out of the boat and walking up onto the bar,” Jim said.
“Why not cast over the bar and see what happens?”

I tied on a low-profile popper and he pitched it about 40 feet over the bar. Strip, strip, strip, BAM.

A bunch of bluefish raced towards the popper but the big dog got there first. With the exception of a tarpon or a salmon, there is nothing quite like the pure savagery of a big bluefish erupting on a popper in a foot of water. The fish slashed on the surface and then jumped again, this time landing on the sand spit. It flopped like the proverbial fish out of water and landed in the drink, on our side, and the fight resumed. It went like that for about two hours. There is a reason that Ken Abrames named the full moon in September the Stripermoon. It’s when the staged bait and fish make a grand push, the climax of the season. Some years the Stripermoon is early in the month, and other year’s it’s later in the month. I’ve always wondered if there ever was a Blue Moon in September and what would happen. You’ll be fine if you’re fishing up the moon. It’s the time of year when the biggest bass of the season get caught.

Cape Cod’s bayside in the fall is like a catcher’s mitt. America’s favorite pastime, baseball, is in full swing, thereby making it easy to conjure up that image. The majority of the fish that summered off the Maine and New Hampshire coastlines get the itch to head south for the winter. Bass and blues that lingered along the Massachusetts coast from Plum Island down to Boston Harbor and then from the South Shore to the White Horse Beach are a captive audience. These inshore fish take a Southwest coordinate, gorging on bait and swim through the Cape Cod Canal. It is true that some arrive at the Northern tip of the Cape, or Provincetown’s Race Point, and then skirt around to the Outer Beaches and onward. But the arm of the Cape corrals miles of striped bass and bluefish, and due to the bait she holds them captive for quite sometime.

Mother Nature is a mystical woman, full of surprises and intricacies. At the same time as the bass migrate, the bait follows it’s similar rhythm. Peanut bunker, glass minnows, silversides, sandeels, herring, squid, all prepare for their seasonal right-of-passage, and they stage, on the quarter moons, in coves. What is Cape Cod Bay but a giant cove that runs South of Boston to Barnstable on a longitudinal track, and then from Plymouth to Provincetown on a lateral track? There isn’t a single human on the earth who could coordinate a more resounding event. Some can put us on the moon, but none can match the natural brilliance. While the fish are trying to fatten up for their long haul, Mother Nature provided an all-you-can-eat buffet. To my mind it is shear magic. Weather, like the bait, is a mixed bag. Sometimes you’ll swear it is summer time, with hot, sirocco-type winds. A fisherman can get punch drunk on those days, and get light-headed very easily. It is the fishing equivalent of lying on a lounge chair, drinking a cold beer, and listening to the ball game on the radio. A strike followed by a lazy hook set creates an unparalleled tension that only the frustrated know about. Storms follow these lazy days and blow in fast. The winds shift around the horn from West-Southwest to East-Southeast. If you’re on the water on a Sou’easter be prepared to run for cover. The cloud ceiling drops suddenly, the haze disappears, and thunderclaps, rain and wind whack the coast. Every cloud has a silver lining, and as fast as the storms roll in they disappear. Usually they are replaced with colder Northern winds, the kind that make the woodcock and the teal take notice.

My favorite weather pattern is that of Indian Summer. When I hitch my trailer to the truck at 0400, there is ice on the deck. Evening dew combined with cold, evening temperatures turns my casting platforms into an ice rink. When I launch and climb aboard I would like to believe that I resemble Wayne Gretzky, but the sad fact is that I more closely imitate a deer on ice. Not to worry. Around False Dawn, that short time before the sun pops, the temperature drops again. And as quickly as it drops it is replaced by heat that rises into the 70’s if not 80’s. A perfect cloudless day with a high ceiling and bright blue skies is your reward for patience and perseverance. Fall fishing on the Cape is more than just tonging fish. It’s a seasonal right of passage. A year’s worth of fishing builds and builds until it crescendos. Then one day you go to the same places that you’ve been banging fish all along and find gray and white waves and a seal or two, perhaps. You’re in hog heaven if you’re a duck hunter, and if you’re not, you’ll be forced into mundane pursuits. Leaf racking, oiling and storing the deck furniture, and hauling in wood, while necessary, is pure misery for a fisherman. And before resorting to the inevitable, it might make sense to take a ride up Cape and look for a few more fish. 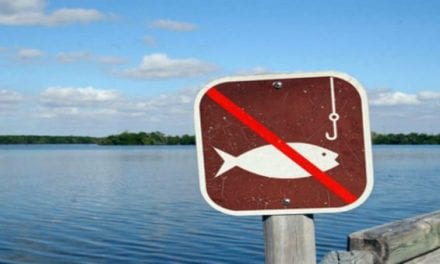 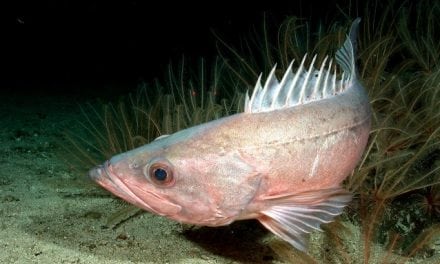 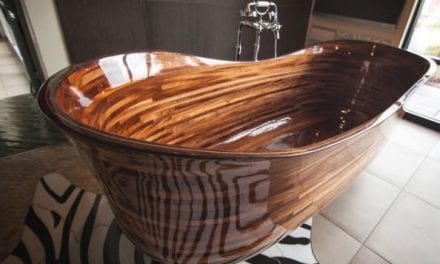 Wood Bathtubs Created By Seattle Woodworker Selling for $30,000 or More 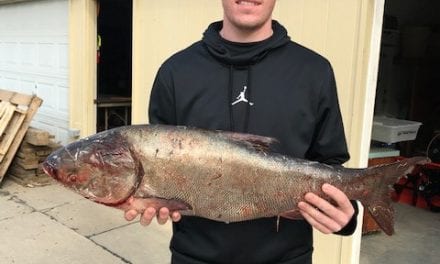