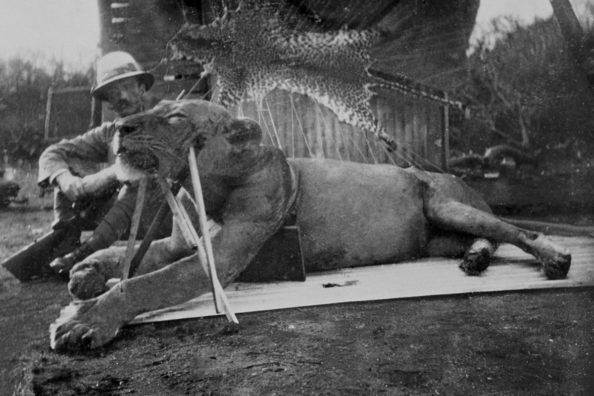 It’s October and Halloween is upon us. But these real-life monsters are scarier than anything you see in movies.

Keeping that in mind, we’ve done some research and assembled a list of five of the most chilling real-life incidents of man-eating animals. For whatever reason, these carnivores all developed a taste for human flesh and struck terror in people.

From savage African lions to one determined brown bear, these tales are enough to make one’s hair stand on end.

In most cases, not even the scariest horror films can top the terror these animals inspired.

In one of the more obscure man-eating incidents in history, a bear was responsible for the deaths of seven people in the northern part of Japan over the course of six terror-filled days in late 1915.

The scariest thing about the incident is how the bear boldly broke into the homes of two families and damaged the homes of six more in its search for victims. In at least two of these cases, it succeeded in carrying off victims into the night.

The bear repeatedly returned to attack homes at night and attempts to ambush the bear fell short. Eventually an expert bear hunter by the name of Yamamoto Heikichi was recruited as part of a sniper team to hunt the bruin. The hunters set up several ambushes for the bear, including one utilizing the body of a victim as bait, but they only managed to wound it.

Finally, on Dec. 14, 1915, Heikichi, with the assistance of another hunter, tracked down and killed the bear with shots to the heart and head. Parts of the victims were found in the 749-pound animal’s stomach.

Even though the bear was dead, people in the area were haunted by the memory of the event for decades after. Most notable was Okawa Haruyoshi, the son of Sanketsu’s village mayor. He was seven at the time of the attacks. To say they affected him greatly would be an understatement. Haruyoshi swore a personal oath of revenge against bears where he vowed he would kill ten of the animals for every victim. He more than lived up to his word, killing 102 bears before retiring from hunting at the age of 62.

While the incident is rather obscure, there is a shrine dedicated to the incident that includes a statue of the fearsome bear.

Perhaps the most chilling thing about the legendary, allegedly 20-foot-long Nile crocodile, is the fact that it may still be killing humans to this day in Burundi. The exact body count is uncertain, but there are estimates Gustave may have killed as many as 300 humans along the banks of the Ruzizi River and Lake Tanganyika since the late 1990s.

Until 2004 Gustave was still relatively unknown outside of his home area. That is, until a PBS documentary and a National Geographic article a year later. In National Geographic’s story, French expatriate Patrice Faye was quoted in describing his search for the killer croc.

“Witnesses spoke of a large crocodile, larger than a hippo. Three months later, I heard of 17 more deaths,” Faye told National Geographic. “One was a 15-year-old student taken away in sight of all. Soldiers fired their Kalashnikovs at the croc but said it swallowed the bullets.”

That last detail was especially fitting considering Gustave is alleged to have at least three bullet scars on him from failed attempts to kill the maneater. Additional attempts to capture him using snares and cages with live goats have all failed. Confirmed sightings of the crocodile slowed down around 2009 which has led many to speculate Gustave may finally be dead. However, we bet the legend of this reptile will keep locals wary around the water for generations.

3. The Leopard of Rudraprayag

From 1918 until 1926, the Leopard of Rudraprayag terrorized a small village in India. The scariest thing about this leopard has to be how determined it was in its pursuit of humans. It busted through doors and windows and clawed through the mud walls of huts to reach its human victims, which it then dragged off and ate.

People were terrified to leave their homes and things got so bad that eventually soldiers were sent in to deal with the problem. After they failed, the locals made their own attempts to trap or poison it. They also failed.

Finally, in May of 1926, legendary hunter and author Jim Corbett arrived on the scene. It took him ten weeks, but eventually he tracked down and shot the big cat. Upon examining the body, Corbett found the leopard was very old and was losing its teeth.

It’s been speculated the leopard started targeting humans because it may have become too difficult for it to capture natural prey. Corbett also theorized that outbreaks of cholera and other disease had left many victims, some of which were unburied.

The leopard may have scavenged some of these bodies first and developed a taste for humans there.

Corbett stopped the leopard’s reign of terror, but not before it took an estimated 125 victims with it.

Perhaps the most famous case of man-eating big cats happened in Kenya in 1898. In a remote part of the country, the British were working on a project that included an elaborate railroad bridge over the Tsavo River.

Shortly after work on the bridge started, two male lions, apparently without a pride of their own, started picking off Indian workers who were building the railway. The mane-less lions braved fire and armed guards. They went right through high fences constructed of thorns the workers constructed to keep the lions out.

The project’s lead, Colonel John Henry Patterson wrote of the lion’s human killing prowess in his popular 1907 book, “The Man-Eaters of Tsavo.“

“At first they were not always successful in their efforts to carry off a victim, but as time went on they stopped at nothing and indeed braved any danger in order to obtain their favorite food,” Patterson wrote. “Their methods then became so uncanny, and their man-stalking so well-timed and so certain of success, that the workmen firmly believed they were not real animals at all, but devils in lion’s shape.”

Patterson also described in great detail the gruesome scenes when they found many of the victims the next day. I’ll spare you the details, but as the body count escalated, it was easy to see why the workmen became terrified and started to abandon the project.

The project facing total failure, Patterson had no choice but to take action himself. After much hunting, Patterson successfully shot the two wild animals twenty days apart in December of 1898, effectively ending their nine-month reign of terror. Patterson claimed the lions had taken 135 victims.

Modern studies have concluded the number was probably much lower, but the lion’s chilling tale remains and has been the subject of countless studies, books, and TV shows.

The events in Tsavo eventually became the plot of several films, including the 1996 film “The Ghost and the Darkness” starring Val Kilmer. Today, the actual lions are on display in the Field Museum in Chicago where one can see the mounts and the original skulls of the deadly animals.

Often referred to as the deadliest tiger in history, the Champawat tiger is said to have killed a staggering 436 people in Nepal and India in the late 1800s and early 1900s.

The tigress started her killing spree in Nepal ambushing people in the jungle. As her body count grew, hunters were sent in. When they failed to stop her, Nepal took the extreme step of sending their army. The tiger had over 200 victims by this point. They only managed to shift the problem elsewhere.

The pressure put on the tiger by the army forced it across the Sarda River into India where it continued its reign of terror. Fear of the tiger gripped the region as the tiger started getting more brazen, dragging off victims to be eaten in broad daylight.

Eventually the news of the tiger reached Jim Corbett, who was known for stopping maneaters. In 1907, he travelled to the village of the latest victim to begin his hunt. He described the terror of the people living in the area upon his arrival in his book “Man-Eaters of Kumaon.“

“The people of the village, numbering some fifty men, women and children, were in a state of abject terror and though the sun was still up when I arrived I found the entire population inside their homes behind locked doors,” he wrote. “I was informed that for five days no one had gone beyond their own doorsteps. The insanitary condition of the courtyard testified to the truth of this statement that food was running short, and that the people would starve if the tiger was not killed or driven away.”

Fortunately for the villagers, Corbett was able to follow a grisly trail left by the tiger as it dragged its last victim and finally end the tiger’s rampage. Much like the Leopard of Rudraprayag he would stop years later, Corbett found the tiger had damage to its teeth that may have prevented it from pursuing normal prey.

So there you have it, Jaws is small potatoes compared to some of the animals on this list. Forget the fictional or legendary monsters like Bigfoot or chupacabra, these are the killer animals I’m afraid of! 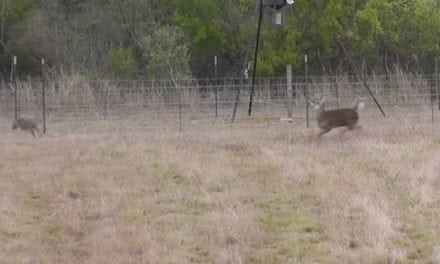 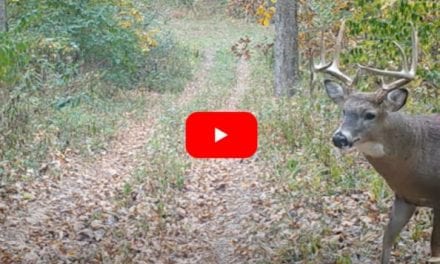 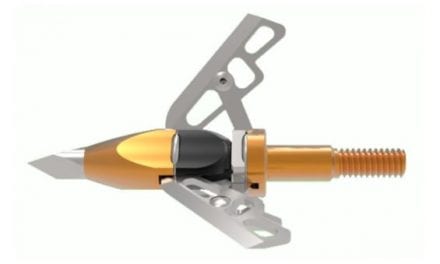