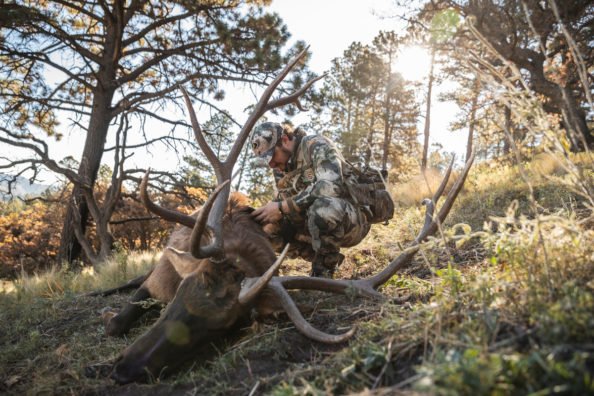 What Is the Goal in Wildlife Conservation? Hint: It’s Not Just About Preserving Game Animals

What is the real goal of wildlife conservation?

As hunters we always like to talk about the importance of wildlife conservation. It is one of the things we always stress when introducing new hunters to the wild places and animals we all know and love. However, it often feels like we rarely take a step back to think about exactly what that means.

When we better understand wildlife conservation, it gives us more clearly defined goals as hunters that move beyond simply harvesting an animal for our dinner table.

Today we will look closer at wildlife conservation efforts and the important role hunting plays in wildlife management.

What is wildlife conservation?

At its most basic, conservation is simply protecting and preserving the world’s different animal species and ecosystems from destruction. The whole idea being that all the animal species that call our planet home are renewable resources that if managed properly, can theoretically be preserved forever for many future generations to enjoy. It’s not just game animals conservation seeks to preserve either. Unfortunately, many wild animals face a bevy of different threats that push many of them to the endangered species list.

While poaching and over-harvesting are common problems in many areas, habitat destruction is a far bigger problem. Deforestation around the world as humans expand their footprint increasingly pushes animals out of their natural habitats and into conflicts with humans in urban areas. These conflicts could be as simple as raccoons raiding your trash, or they could be as dangerous as the countless car/deer collisions that happen in the U.S. every year, creating a danger not just for animals, but people too.

While some species may be able to adapt and thrive among people, other wildlife populations simply collapse. Conservation seeks to set aside and protect against habitat loss so endangered wildlife will always have a home. Conservation helps preserve many of these wild places by setting them aside as public lands whether that be a state park, BLM land, or National Parks and Forests. While some of these public areas are open to hunting, biologists use science to determine how best to manage the natural resources through carefully controlled hunting seasons with bag limits and even outright closures on hunting if a wildlife species needs time to recover.

Basically, conservation is all about preservation of both animals and our world’s wild places. Properly done, humans can take a mostly hands-off approach and let nature run its course for the most part.

What happens without conservation?

As much as we would love to think our fellow humans are capable of being good stewards of the wild and our wildlife, history shows this is simply not the case. We only need to look at the U.S. back in the mid to late 1800s. After the Civil War, there was a ton of western expansion as explorers spread across the continent. At the time it was a big free-for-all as many people like trappers and market hunter’s entire livelihoods depended solely on hunting.

A few of these threatened species just barely managed to survive until modern times. It may be hard to believe, but whitetail deer and wild turkeys nearly went extinct in many areas because people were killing so many to sell their hides and meat. The recovery efforts for many of these animals lasted decades, well into the twentieth century. Some states like Ohio did not reestablish a deer season until around the start of World War II!

Some species were not so lucky. The prime example here is the now extinct eastern elk subspecies. These animals used to range across the entire Midwest. It’s hard to believe now, but these elk ranged throughout the entire states of Michigan, Indiana, Ohio, Kentucky, Missouri, Wisconsin, Illinois, and most of Iowa. They even ranged as far south as Louisiana and Georgia at one point. Unregulated hunting saw an end to that. Elk have been re-introduced to some of those places like Michigan, however the wildlife habitat is not the same as what it was in the 1800s, which is why many wildlife agencies work to keep the ranges more contained.

Other animals saw their current ranges drastically reduced. The bison just barely survived the onslaught of buffalo hunters’ efforts. The huge, lumbering animals were effectively eliminated from much of their original home range, which stretched as far east as the Carolinas. Today they are isolated to mostly a few pockets in the American west.

Simply put, things get ugly if conservation was not there to develop sensible management plans promoting a wise use of the resources. We are extremely fortunate today there were enough forward-thinking people in the late 1800s who recognized the problem and spearheaded the first closures on hunting of these species and regulated hunting seasons that allow them to survive today. I cannot imagine my home state of Michigan without whitetails or wild turkey, could you?

What is the hunter’s role in reaching conservation’s goals?

While there are plenty of wildlife conservation organizations out there, they cannot do all the work necessary to protect wildlife and our natural spaces on their own. They need a lot of help, and a lot of funding. For state wildlife agencies, their resources are often stretched thin to begin with. Fortunately, the funds from hunting and fishing license sales are usually poured directly back into conservation. The money goes to fund things like fish hatcheries that re-stock populations in your favorite lake or stream, maintenance of camping facilities in state parks, and maintenance and restoration programs in wildlife refuges.

We are generalizing a bit. There are conservation programs that do more than that. For instance, some money goes back into scientific studies and testing for things like chronic wasting disease in deer, or into how to stop invasive animals like the green iguana in Florida.

Hunters also play a part in helping to keep wildlife populations in check. Unfortunately, during that free-for-all we mentioned in the 1800s, we really screwed up a lot of the natural biodiversity of this great nation. Many predators were either cut down significantly in numbers or were eliminated from their home ranges completely. This goes back to what I mentioned earlier about human/animal conflicts. Without hunters to help keep wildlife in check, some species might overrun urban areas. Then there are overpopulation problems which can cause some animals to potentially starve to death. It is also is not great for the genetic diversity of some animals like deer when there are too many taking over an area.

Conservation is a delicate balancing act.

Everyone who spends time in the great outdoors contributing to the preservation of our animals and natural spaces can be considered a conservationist. The entire concept of conservation is a delicate balancing act where state and federal wildlife agencies must carefully weigh what is best for people vs what is best for these wild areas and the animals that live there. They do not make these decisions lightly. The decision to list an animal under the endangered species act usually comes from years of research and study into the ecology. While we may not always be huge fans of how animals are being managed in our state, just understand the people making the decisions are doing it based on what the science is telling them.

At the end of the day, we all play a part in wildlife conservation and preserving the beauty and tranquility of nature for future generations

NEXT: PETA IS NOW GOING AFTER FISHERMEN

The post What Is the Goal in Wildlife Conservation? Hint: It's Not Just About Preserving Game Animals appeared first on Wide Open Spaces. 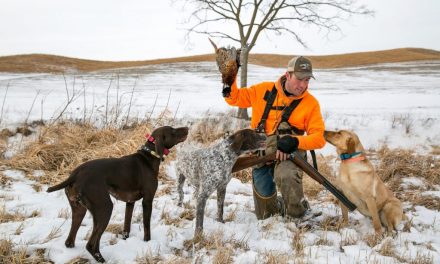 From Hi-fi to Hunt Guide 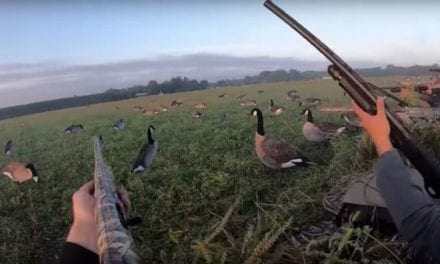 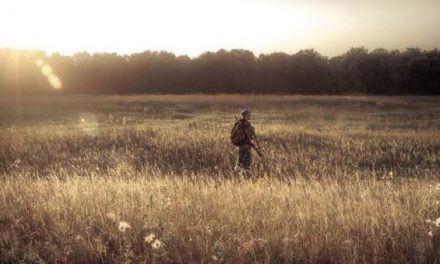