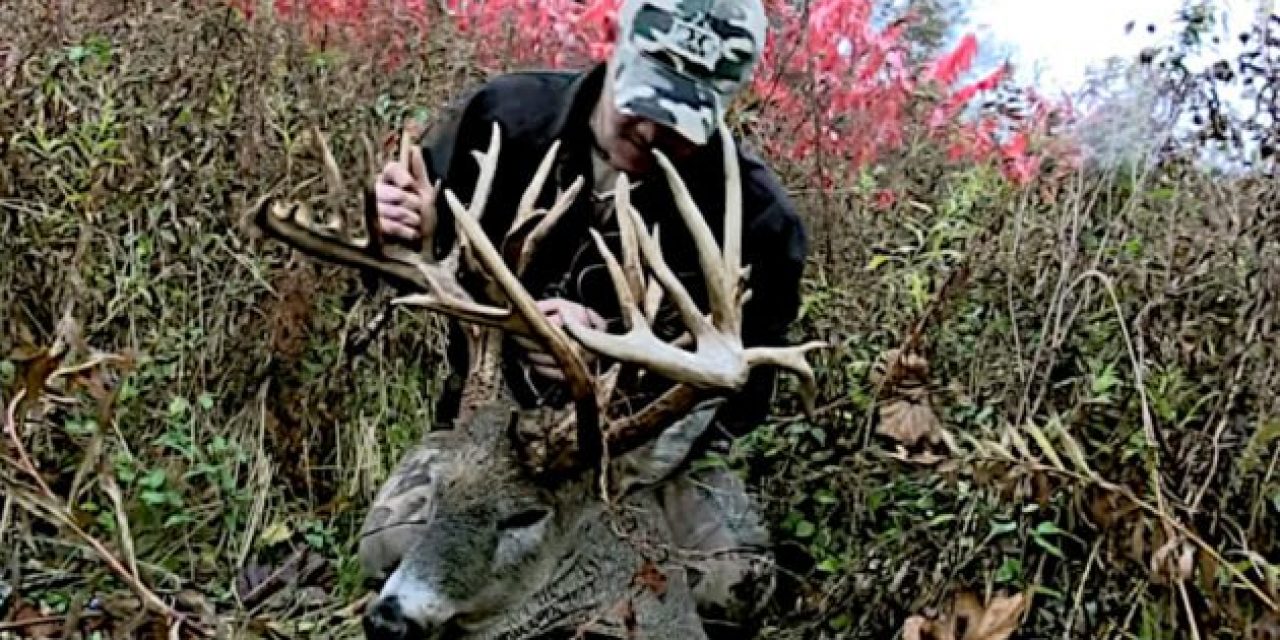 These are the most annoying things people do in their outdoor adventures.

We love the great outdoors. We love getting away from it all and spending time in our precious outdoor spaces, hunting fishing, and camping.

But at the same time, there are things our fellow outdoorsmen and women do that annoy us. In fact, they don’t just annoy us, often time they make us look bad.

We’re going to lay out some bad habits for you. If you do these things, please…just stop.

Hunting – Scrutiny Over Other People’s Harvests

This is by far the most annoying thing fellow hunters do in today’s age of social media. It seems no one can post a picture of their harvested animal without someone chiming in with a whining, negative opinion.

This can happen with any sort of hunting, from waterfowl hunting to small game and turkey. It’s more common with big game animals like elk, but I think it’s the worst in the deer hunting community.

Some hunters feel the need to nitpick everything about every deer picture that hits the internet these days. People get criticized for the deer they shot being “too small.” They get criticized for their choice of weapon. “You don’t look disabled, get rid of that crossbow and learn to use a real bow.”

If an entrance or exit hole is visible on the animal’s carcass, you’ll get immediately chastised if the hit was anything less than 100 percent perfectly placed. It’s as if the nit pickers have NEVER made a bad shot in their lives.

Assuming your harvest isn’t getting criticized for all those things, you still must watch out for the self-appointed “Internet Game Wardens” who will post accusatory things if they can’t see your tag in the photo. Or it’ll be something like: “You’re in an Antler Point Restriction area, that buck’s G3 doesn’t look one inch long to me!”

Oh, and don’t forget, if you’re hunting during gun season, make sure there’s blaze orange in your photo or you’ll hear about that too. Never mind the fact you took the photo in your back yard when you got home.

If you’re bird hunting, you’d better believe someone is going to count every single bird in that photo of you and your buddies to make sure you didn’t go over the limit.

But the absolute worst scrutiny comes to the few hunters lucky enough to harvest the buck of a lifetime. With every record book buck that falls every season, without fail, come the accusations that the buck was either poached or shot behind a high fence.

It’s a sad thing when a guy shoots a 280-inch buck of a lifetime and has to drag a game warden out to the kill scene just to prevent the vicious internet mobs from dragging his name through the mud. Yes, that really happened in Ohio a few years ago.

For crying out loud, I’ve seen hunters criticized for their choices of knives, ammo or tree stands in some social media posts. Give it a rest people! When did hunters get some mean, accusatory and jealous of their fellow hunters?!

Look, I get it. In some cases, it is necessary to kill fish. If local regulations call for a certain species to be culled from a lake, do what the regulations tell you. If you’re in an area where there are invasive species like snakehead or Asian carp, take them out.

But why do people feel they are the self-appointed deciders of what constitutes a “worthy” fish species just because they have a fishing license, tackle boxes, and a spinning reel in hand?

Nothing annoys me more than to go to one of my favorite bank fishing spots only to see carp, drum, suckers, gar, or bowfin thrown on the bank to die a slow agonizing death just because the guy who caught them doesn’t like them.

I understand that these aren’t popular eating fish, but just because you don’t enjoy catching them doesn’t mean there isn’t someone else who does.

Worse than just killing the fish is the wanton waste of them. This is something I don’t understand at all. Hunters would never stand for someone killing a goofy-looking buck just because it has trash genetics and then leaving it to rot. So, why do some anglers get a pass for doing this while fishing?

I’ve even read on internet forums where fishermen have boasted about throwing these fish on the bank and they’ve encouraged others to do the same. I’ve heard of the same thing happening while ice fishing, too. If it’s not an invasive species and you aren’t going to eat it, throw it back in the water!

When you throw fish on the bank, you’re not only potentially ruining someone else’s fishing joy, but you’re also stinking up bank fishing spots with the smell of rotting, dead fish. No one wants that.

Granted, I think this is more of a problem with freshwater than saltwater fishing, but it still annoys me. I’ve been trying to catch a bowfin for a few years now, and it’s annoying to pull out my fishing rods and walk down the bank to a good-looking spot only to see a pile of them laying on the shore dead.

Thanks guys, you just killed a native fish for no good reason at all.

If you aren’t going to eat them, either give them to someone who will, or at the very least take them home and plant them in the garden as fertilizer.

We love camping; it’s one of our favorite outdoor recreation activities. We’re always acquiring new camping gear to make our next adventure even more awesome than the last one.

Bu when you get to your favorite state park campground and a rowdy group a few spaces down ruins the whole weekend, it can be a major bummer.

It’s usually a group that doesn’t have much camping experience, or at least common courtesy.

They spend most of the time sitting in their camp chairs getting drunk and blaring loud music, which is especially annoying when you’ve got a big hike planned in the morning. But you keep tossing and turning in your sleeping bag, unable to sleep because they won’t ever go to bed and keep making noise!

Usually you can get away from these types of people by getting off the beaten path and camping somewhere remote. But even then, sometimes you run into these types of campers in the backcountry. If you’re hiking to a remote, crystal-clear lake with a gorgeous waterfall that is an empty spot most of the time, the last thing you want to see is a bunch of morons drinking beer and blasting their boombox.

Seriously, why do these people come into the outdoors at all? Couldn’t you go and do that in your own backyard without ruining everyone else’s outdoor experience?

I’m tired of people leaving their garbage in almost every natural area I visit. All I can do is shake my head every time I walk through my local state game area, only to see hundreds of empty shotgun shells laying on the ground. Seriously, is it that hard to pick them up after you shoot?

Here in Michigan, I also routinely find the legs and heads of harvested deer dumped right off the parking area, leading to a horrible smell and attracting scavengers.

For fishing spots, it’s even worse. I can’t go to a single roadside fishing spot here in Michigan without there being discarded fishing line, beer cans, and empty live bait containers either in the water or all over the shore. Often, I end up picking up this stuff and throwing it away for the inconsiderate others who were there before.

A few times a year, I attend trash clean-up geocaching events, and it never fails to amaze me what I pick up from boat launches and local parks.

It really boggles my mind how some hunters, fishermen, and outdoorsmen and women can have the gall to proclaim their love for the outdoors while simultaneously trashing it. And no, you can’t blame non-hunters and fishermen for it. Antis aren’t the ones leaving live bait containers and empty deer pee bottles in our state parks. We need to police our own and stop ourselves and our friends if they do this stuff.

It isn’t enough to say: “I pay hunting and fishing license fees.” If you’re leaving garbage in our natural areas, you aren’t part of the solution of saving these wild areas. You’re part of the problem.

Those are the things that grind our gears, but what about you? What’s the most annoying thing people do while hunting, fishing, or camping?

NEXT: 10 WAYS TO EXPERIENCE THE BEST OF AMERICA’S BIG GAME HUNTING

The post What Hunting, Fishing, or Camping Things Annoy You the Most When People Do Them? appeared first on Wide Open Spaces. 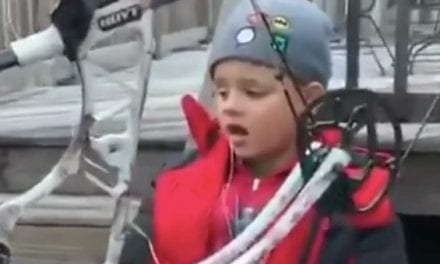 When You Need to Remove That Pesky Loose Tooth, Call This Guy 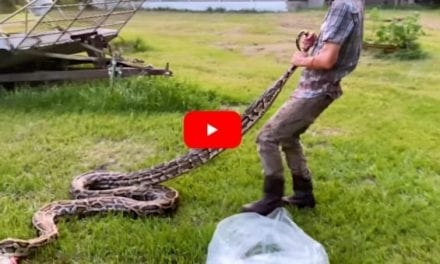 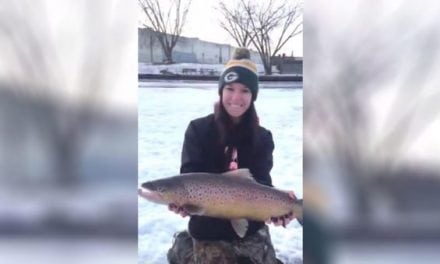 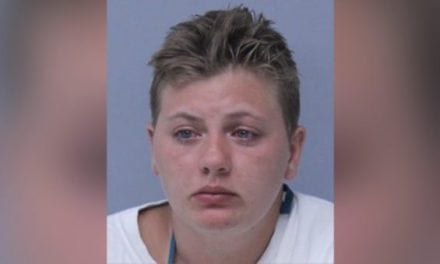