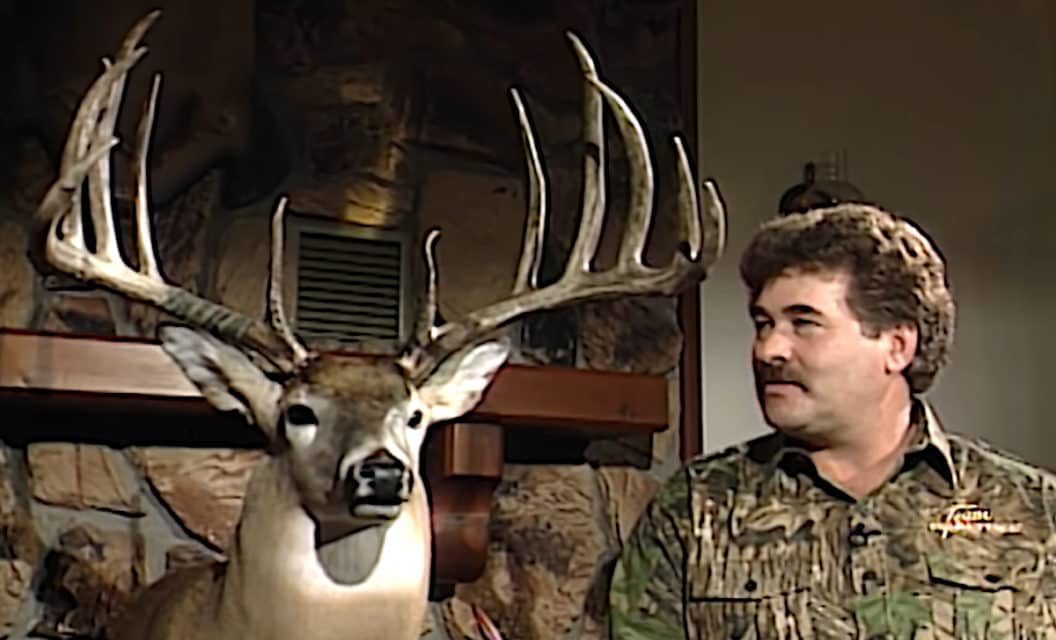 
For most hunters, the typical whitetail world record is probably the most important of all big game records in the books today. It’s the holy grail of deer hunting records, the one many of us dream about breaking someday. Although we may have better odds of winning the lottery than bagging a giant that exceeds the current world record. We’re of course talking about the buck shot by Milo Hanson outside Biggar, Saskatchewan on November 23, 1993, is now slowly closing in on three decades atop the whitetail deer hunting record books. In all that time, the Milo Hanson buck has fended off multiple world-class challengers that either failed to measure up upon panel scoring or were denied completely due to abnormal points causing a non-typical classification. In the end, that’s what makes this record so hard to beat. It’s nearly impossible to find a whitetail deer with a frame large enough to qualify that doesn’t also have some abnormalities that knock it out of contention. It’s happened before and it will likely happen again to some unlucky hunter.

In fact, they say records are made to be broken, but at this point many whitetail hunters are starting to wonder if this humble Saskatchewan farmer’s mark of 213 5/8 inches may be unbeatable for a wild typical buck. Here’s the story behind the famous deer and a few challengers that just barely missed the mark.

The Story of the Hunt

As is often the case with any big whitetail buck, local hunters knew of the Hanson buck long before it hit the dirt during the 1993 rifle season. It was seen during the 1992 season, and it quickly became the buck on every hunter’s hit list. The world record buck was even seen by a school bus loaded with kids at one point. At least one shed, a massive 5-point side was picked up from the animal. It is safe to say the big buck had a rather large target on his back. Somehow the deer survived the archery and muzzleloader seasons prior to the start of Saskatchewan’s rifle season. Hanson and his buddies hunted the big deer several times in the lead up to November 23, 1993 with no success. At one point Hanson and his buddy both passed on a nice, 160-inch buck because they knew the big one was still out there somewhere. It ended up being a good decision!

As for the story of the hunt, there is not much to it. Hanson and his buddies narrowed down the area the buck was hiding to one small 30-acre stand of willows. With a fresh snow to help them track, the deer hunters set up a small drive with one man pushing and three standers on either side. Hanson took the north side while his buddies covered the other and one walked up the middle following a fresh track. It did not take long before Hanson first spotted the buck standing broadside about 150 yards from his position. He admits buck fever got the best of him here. Who would not get it with a deer of this caliber? His first shot missed the deer completely. The hunters re-grouped near where they saw the buck go into cover and jumped him out again. Hanson’s second shot at the deer was a solid hit, dropping the buck down to his knees. The buck was still moving though. The next few moments were tense, as Hanson later related the tale in a Boone and Crockett Club press release:

“Unfortunately, the buck got up and ran into a nearby aspen stand,” Hanson told B&C. “I ran up the hill to where it disappeared and saw it below me, standing still. I aimed through my 4-power scope and fired another shot with my .308 Winchester Model 88 lever-action. Down it went. I saw its head over a clump of willows. To ensure it stayed down, I fired another shot and the hunt ended.”

Upon reaching the deer, the hunters discovered one of the .308 bullets had apparently shattered and struck the back of the buck’s right main beam. While the shot cracked the antlers, fortunately, it did not break them. As news of the big deer’s downing spread, the Hanson farm was overrun with curious onlookers and the phone started ringing off the hook. Hanson knew then he had something special on his hands. North American Whitetail magazine was the first to spread the news of Hanson’s harvest to hunters far and wide with their February 1994 issue.

What Did the Hanson buck Weigh? 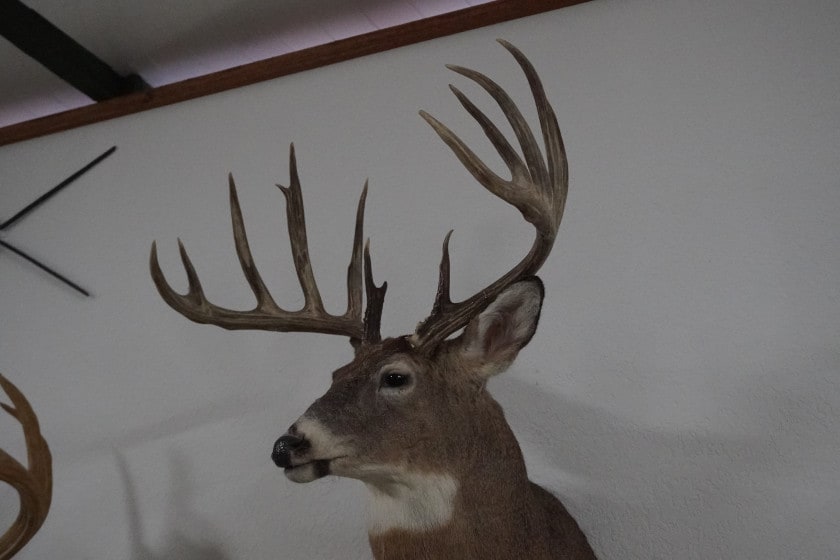 Hanson has stated many times that the most frequent question he gets from other hunters is about the buck’s weight. However, it seems we will never know because Hanson never weighed the deer. Field dressed or otherwise. Although he did estimate in a 2010 interview with Outdoor Life that the live weight was probably around 200 pounds. While that is a heavy deer, it is not exactly a large-bodied deer for Saskatchewan where big whitetails pack on the excess body weight to get through the long winters. Hanson is a farmer, and the Biggar area is known for agriculture, so there was no lack of food for the record deer. However, considering the fact the deer was not taken until November 23, it seems extremely likely he had lost quite a bit of weight during the rut.

The most amazing fact about this buck, other than the 213 5/8-inch score is the fact that it was aged at only 3.5 or 4.5 years old. There is almost no question the world record whitetail had not even hit his prime yet when Hanson dropped him. It makes us wonder if it would have netted over 220, or even 230 inches with another year of growth. Although no hunter would be crazy enough to pass up a buck like this! It speaks to the quality of deer hunting in the area that Hanson shot a 171-inch buck the year after harvesting his world record. A deer that no one knows or talks about because Hanson’s world record takes up all the headlines. After hearing that, there is no doubt Biggar was the right place at the right time with the right genetics to produce a true monster.

How Big is the Milo Hanson Buck? 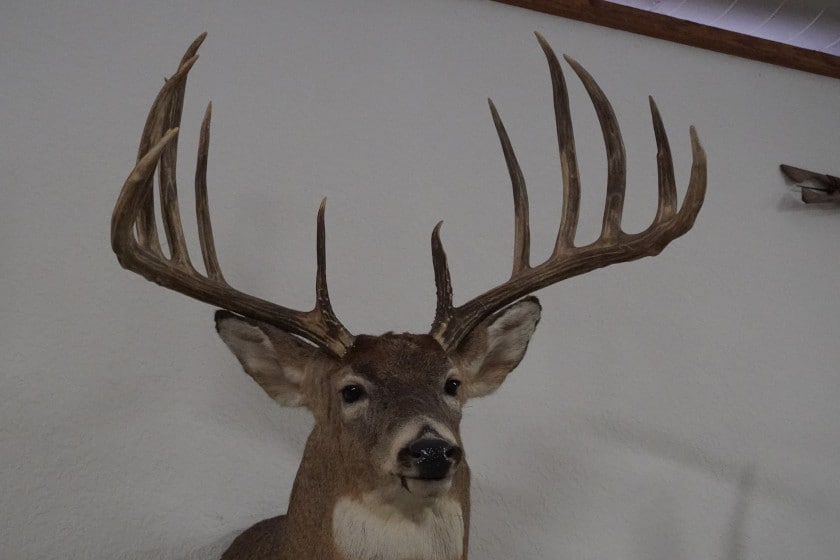 It is hard to appreciate just how large the Hanson buck is unless you see it or one of the many replicas for yourself. At the time of the deer’s downing, the James Jordan buck from Wisconsin was the typical world record. The Jordan buck is no slouch, but the Hanson buck has it beat on spread thanks to a 29-inch greatest spread and a 27 2/8-inch inside spread. The G2s and G3s are also ridiculously long with a few of them reaching nearly 14 inches in length. The Jordan buck does have the Hanson buck beat on main beam length. Still, the Hanson buck’s 28 4/8-inch main beams are nothing to sneeze at. The right side of this great deer scores 95 4/8 inches while the left scores 98 inches. The gross score is 223 7/8 inches. There are only 7 1/8 inches of deductions. It helps that the buck only had 3 1/8 inches of abnormal points, all on the right side. The left has zero, which is an equally impressive tidbit that is hardly mentioned.

As for the Hanson buck’s challengers, there have been many. Most infamous was the “Rompola buck” allegedly taken in Michigan back in 1998. Hunters are still divided if the 218 5/8-inch deer was a hoax, or a hunter who simply did not like the limelight. We may never know the truth with that one.

In 2006, it looked like Wisconsin would regain its crown as the holder of the typical world record with the Johnny King buck. That deer initially grossed over 220 inches and netted around 218 as a typical. That was until a Boone and Crockett scoring panel determined the buck’s G3 and G2 points shared a common base, causing massive deductions that resulted in a score around 180 inches net. Hunters are still arguing about that one.

Then there was “The General,” a massive whitetail that roamed Nebraska back in 1958 and did not resurface until the 1990s. This buck had massive 32-inch main beams, 14-inch G2s, and 7-inch mass measurements. The antlers gross nearly 240 inches and net in the 220s. There is just one problem. It is a set of sheds, and no other antlers from the deer are known to exist. Because of this, the exact inside spread is unknown, and B&C do not recognize sheds in the record books.

What is the Hanson buck worth? 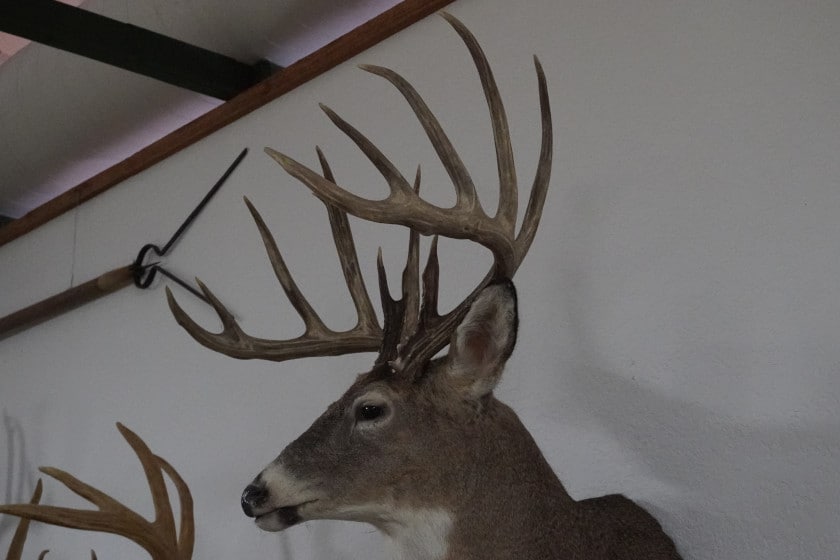 Many hunters assume that once you bag a world record whitetail, you are set for life. After all, there are endorsement deals, paid appearances at hunting shows, and replicas you can sell. However, the truth is that while shooting a new world record did make Hanson quite a bit of money, he did not start living on easy street after killing the deer. In fact, Hanson revealed it made his life more stressful, as he told the Spokesman-Review back in 1995.

His touring schedule did get quite busy. He still does a little bit of it today. Many years later, he has clarified exactly how much he made from the buck in all that time. In a 2010 interview with Outdoor Life, Hanson pulled back the curtain and mystery a little behind big buck kills. In that interview, he estimated he made $60,000 a year off his record buck for almost a decade. So, he made at least $600,000, which is a serious amount of money. However, it is hardly enough to retire or quit working completely. While many world-class whitetails have found their way into private collections over the years, the Hanson buck remains in the hunter’s possession. In that same interview, he noted he has never received an offer close to what he has made on the deer. Make of that what you will.

As we approach another season, hunters across North America are likely watching and waiting to see if this will finally be the year the Hanson buck record falls. Until that happens, this Saskatchewan giant will remain a legend in the world of deer hunting. 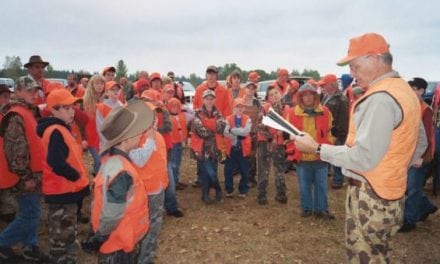 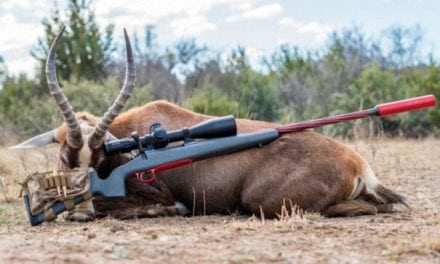