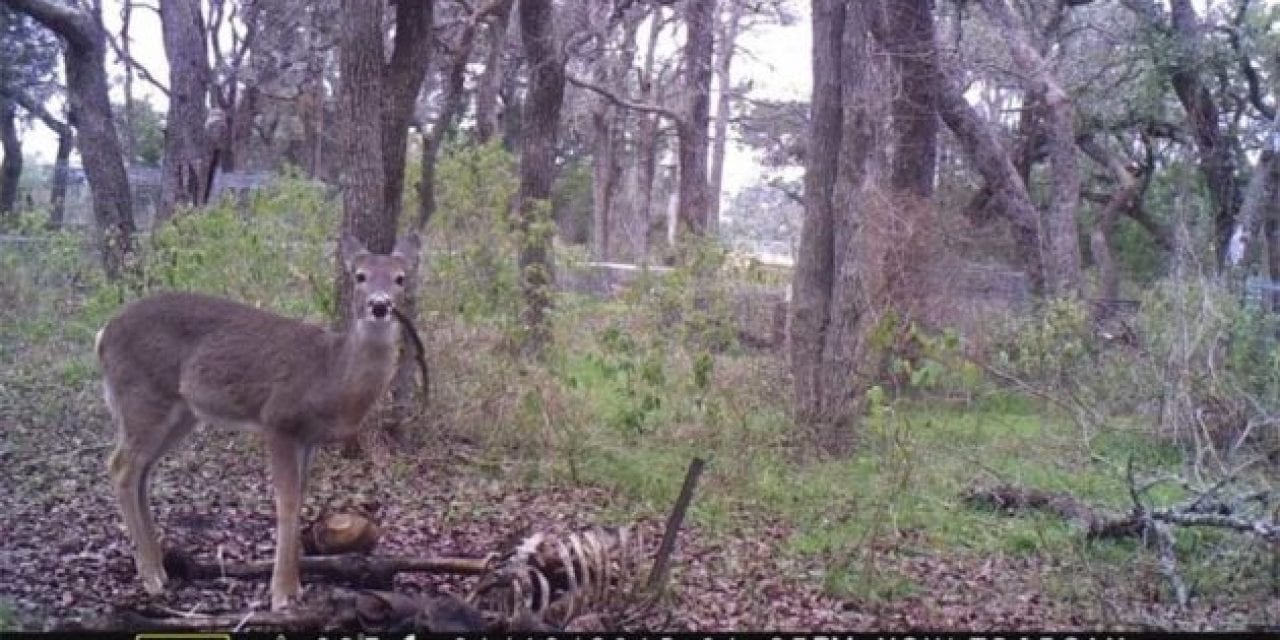 In 2017, researchers recorded photos of a deer eating human remains.

A few years ago, forensic scientists captured photos of a deer eating a human carcass, the first time proof of such an occurrence was ever recorded.

Researchers with the Forensic Anthropology Research Facility (FARF) at Texas State University were testing the effects of various scavengers of human remains when they caught the unexpected on camera. Their findings were published in the Journal of Forensic Sciences back in 2017.

The research facility in San Marcos, Texas is completely dedicated to studying the decay of human remains what happens in the decomposition process.

It’s known as the “Body Farm” and has helped facilitate many breakthroughs in the study of human decomposition.

In one round of testing, one of those human bodies was placed in a wooded area with a trail camera over the corpse. Aside from the usual scavenging suspects of coyotes, raccoons, and turkey vultures the camera captured a deer enjoying a snack.

After being in the woods for around six months, one young whitetail deer started chewing on the ribs of the carcass.

The scientists captured photos of the deer, seeing it pick up a human rib bone with its mouth and casually gnaw on it, “extending from the side of the mouth like a cigar.” Their published paper went on to state it was “the first known evidence of a white-tailed deer scavenging human bones.”

In fact, the deer came back for seconds a few days later (or another deer started chewing the human bones, too).

“We were surprised only because we see the deer so often in the photos from our motion-sensored cameras. Usually they walk around the skeleton and sniff it a few times, but never had we seen the deer actually pick up one of the bones,” said one of the scientists, Lauren Meckel.

Why Was a Deer Chewing on Human Remains?

If you think about it, this shouldn’t be too hard to wrap our heads around. It has been shown that one of the first animals to show up at gut piles are other deer. They’re sometimes prone to stray from their typical vegetarian diet. They have even been shown to lick the remains.

Do you remember the video of the yearling eating the fish given to it by ice anglers? Realistically, a human carcass is just another carcass.

Plus, photographic evidence of deer and their weird activities isn’t new. Trail cams have been used for more than a generation, and can tell us plenty about the herds of our area.

The current thought is that ungulates will eat meat to gain minerals that have been missing from their diets. Minerals such as phosphorus, salt, and calcium are hard to come by and replenish during the cold winter months.

That would at least partially explain why the deer in the images was going mostly after bones.

But we still can’t help but be a little perplexed. Did it have a taste for human flesh, or merely need to gnaw on something to vouch for its usefulness?

We may never know, but at least there’s evidence that it happened.

NEXT: LIVE BAIT VS. ARTIFICIAL LURES: THE DEBATE ENDS HERE 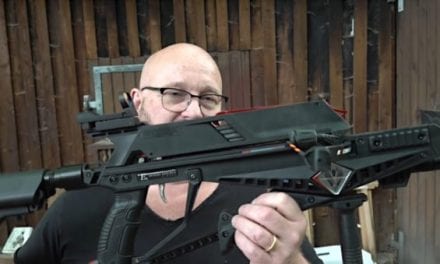 The Cobra Adder Repeating Crossbow Looks Like a Ton of Fun 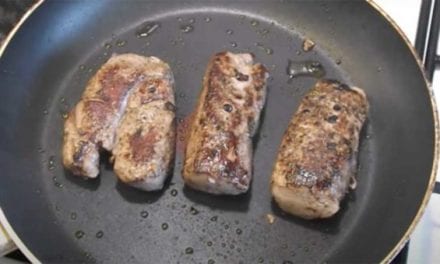 One Chef’s Technique for Cooking the Ultimate Venison Steak 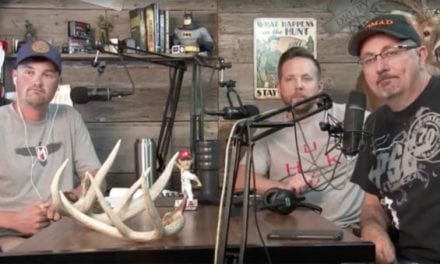 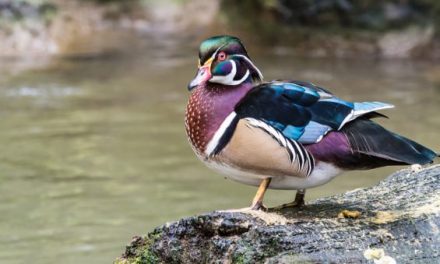