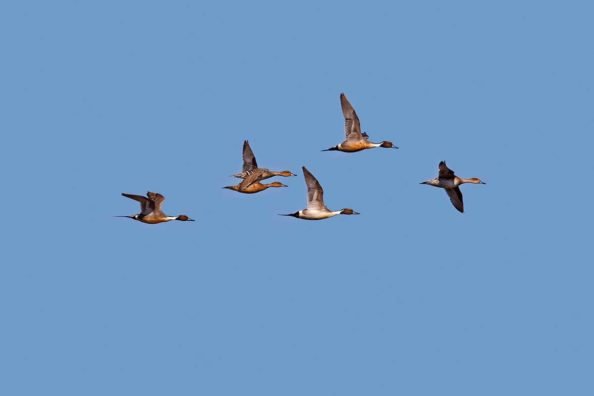 Here’s why we love to hunt and watch the northern pintail so much.

Pintails are one of the ducks synonymous with waterfowlers everywhere due to their beauty, availability, and pure hunting fun. There are a lot of waterfowl hunters who have had a few pintail decoys in their arsenal at one time or another, and not only because they look so nice out in the spread.

Between their high-profile looks and those amazing tail feathers, the pintail is not only easily recognized, but a great prize for waterfowl hunters. Described as elegant by some and referred to as “sprigs” by others, these birds are a sought after duck to chase in the duck blind, and just as valuable as table fare.

Come fall, many duck hunting enthusiasts make it their first order of business to get this waterfowl species as close to the decoys as possible, but sometimes it’s easier said than done. Here’s a closer look at one of our favorite duck breeds.

The northern pintail has about the same shape as a mallard, and overall a big member of the duck family. They are long-necked with a slender profile making them terrific flyers. As their name suggests, they have an acutely tapered tail that reaches straight up to a point at their backend. The beautiful tail is much more prominent on breeding drakes.

In flight, their necks stick out quite a lot and they have what All About Birds very accurately describes as “a gleaming white breast and a white line down their chocolate brown head and neck.” Hens have a slender profile and a more tanned head than other female waterfowl, but with the same basic profile.

Drakes show a pretty green speculum in flight and give off their own unique sounds in the waterfowl kingdom. Drake northern pintails give short bursting quacks that sound more like a peeping whistle than the ‘dweek’ of a drake mallard. Hens often make a rough stuttering quack similar to that of a mallard female.

Posted by U.S. Fish and Wildlife Service on Monday, September 28, 2020

One look at a map depicting the range of the northern pintail and you will realize how widespread they are. They live in virtually every flyway of North America and breed across the prairie potholes of the Midwest, throughout Canada and Alaska, and well up into the Arctic region.

They are one of the first to migrate south each season, leaving their favored haunts of seasonal wetlands, open areas with short vegetation, wet grasslands, and farm fields to fly south for the winter. As with many dabbling ducks, they use flooded or dry agricultural fields, open lakes, reservoirs, estuaries, salt marshes, and fresh and brackish water wetlands and bays to rest and feed along the way.

It is in these areas that pintails feed on seeds from native aquatic plants, water borne worms, snails, crustaceans, virtually any aquatic insects, and the grains found in agricultural fields such as rice, wheat, corn, and barley.

Pintails migrate south to wintering grounds in the southern United States, Mexico, and all the way to Central America.

More than other ducks, pintails nest on the ground in farmlands, grasslands, wet and dry meadows, and shortgrass prairies often farther away from water than other waterfowl. They will even nest in plowed fields.

Pintails generally breed once a season and will have as little as three or as many as 10 greenish-colored eggs in a clutch. At times, when one male threatens another’s territory, they will jab at the other drake with their bill open and chase them with their head hanging low on land or the water.

Courting males stretch their necks up and tip their bills down while giving their famous whistle call. Interested hens will follow the drakes with a head bobbing, preening, and clucking dance to show their interest.

The pintail is known for wheeling and darting through the air with their slender airfoil wings and for erupting in flight from the water’s surface at the first sign of danger. As with all waterfowl species, the U.S. Fish and Wildlife Service carefully manages duck hunting and limits the number of individual pintails hunters can take every year.

Northern pintail ducks are seen as a least-concern duck species, but their overall numbers fluctuate from year to year and are seen as in slow decline.

Veteran sprig hunters will tell you that the sociable pintail will flare at the first sign that something is amiss. That can make it difficult to get them close enough to shoot. Pintails are ducks that are used to open spaces with good visibility. They’ll bail out if a decoy spread seems off, a hunter forgets to hold still, or a blind doesn’t totally conceal.

Sunken blinds, where legal, are the order of the day for keeping out of sight of their terrific eyes. That, along with good facial covering and keeping your retrieving dogs still and covered, are big things to remember.

While some hunters will set up their spread with as many as 50 to 75 pintail specific decoys, many times just a few dozen will get them into shooting range. A pintail whistle can be mastered with the calls available, and they will respond when the conditions are right.

The pintail often responds to other duck activity, so letting other waterfowl settle in first can help get sprigs to ease up and get comfortable. Hunting pintails may require more patience from the average waterfowler, but they can deliver a great time in return.

The Anas acuta is one of the most popular waterfowl species to hunt across America, and has a great following by hunters nationwide. With their beautiful long neck and pointed tail that sets them apart from other ducks, there’s no wonder why.

These are one of our favorite species of ducks since they are not only beautiful to look at, but a challenge to hunt. The northern pintail duck has a place in our hearts and minds that cannot be denied, and years and years of chasing them only makes us love them even more.

NEXT: DUCKS UNLIMITED: A BRIEF OVERVIEW OF THE CONSERVATION ORGANIZATION WORKING FOR WATERFOWL 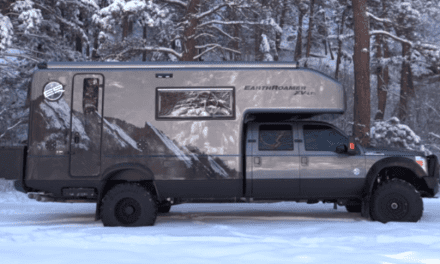 The EarthRoamer Camper is the Ultimate Outdoorsman RV 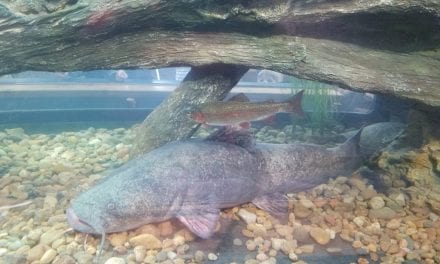 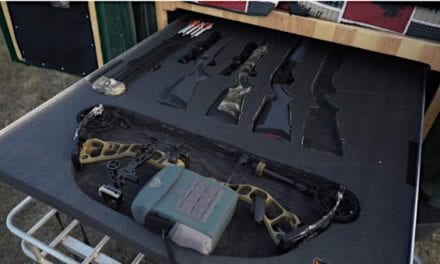 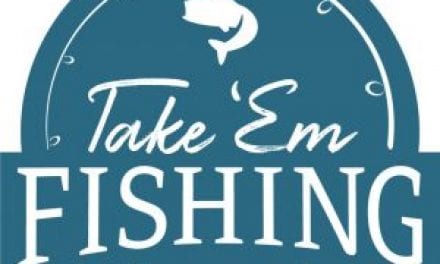