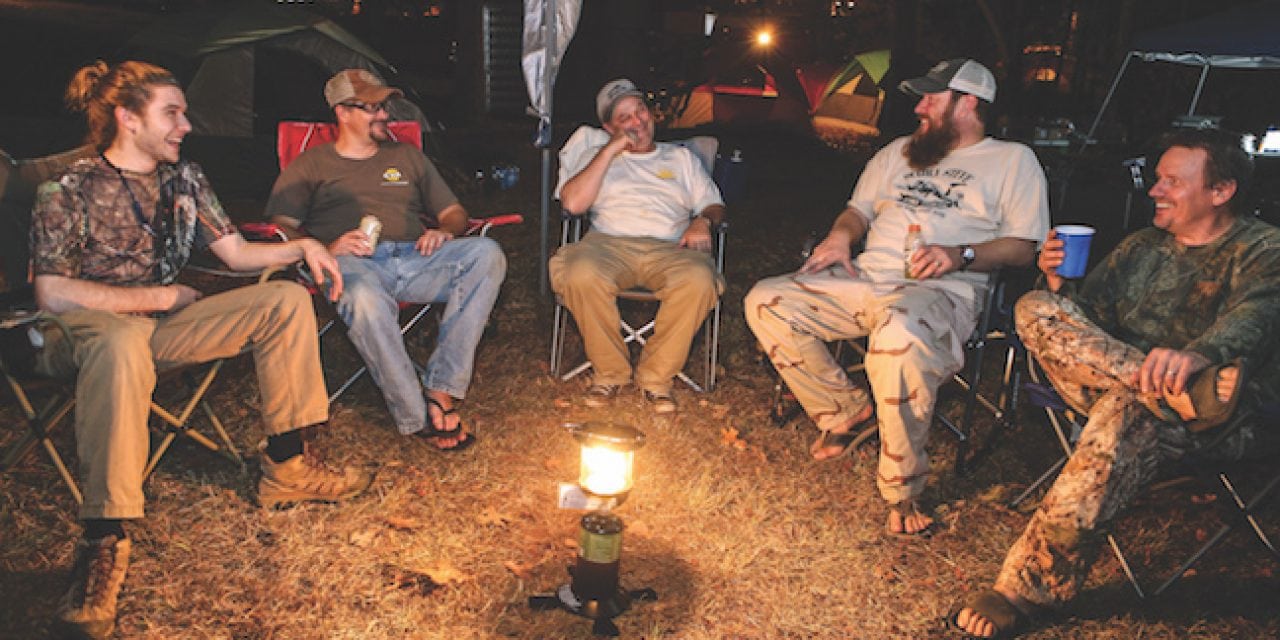 Public land hunting is both challenging and rewarding. Here are our experiences from our annual deer camp.

Last season, as we try to do every year, editors and staff at Game & Fish went on a deer-hunting trip together.

Even at a hunting and fishing magazine, it’s surprisingly easy for everyone to scatter off on their own deer-hunting schedules, family schedules and other obligations. To spend time hunting with a group of friends, you have to plan to make it happen. Lying to each other at the end of the day was one of the bonuses of camping and hunting with friends. (Photo by Ron Sinfelt)

This year we all got together in advance and put in for a public-land draw hunt on a national wildlife refuge (NWR).

A public-land draw hunt might seem like an odd plan — public land deer hunting often has the reputation of having two main drawbacks: a lack of trophy deer, and a chance that over-crowding can ruin your hunt.

While it’s true that taking a huge buck on this NWR was unlikely, the draw hunt did have some things going for it.

First, we could all apply together, so if we got drawn, everyone would get drawn.

Second, the NWR had a campground, so we could camp together and be close to the hunting in the morning.

In fact, we talked to a number of hunters staying at the campground who had access to private land but still chose to hunt this hunt. It was the one time that all of their buddies — some from as far back as childhood — could camp and hunt together.

Many of them had separate private deer leases or small private holdings to hunt the rest of the season. But on this one weekend they could deer hunt in the same place together.

Third, the refuge also has a lot of land open to hunting, so there was room to spread out — you could, with some planning, hunt away from the crowd.

Finally, it didn’t cost much. The application fee is $12.50 per person, and as one hunter I met at the campground pointed out:

“Where else can you camp in a nice campground with your friends for three nights and go hunting all day for $12.50?”

The first challenge is to find a few good stand sites. On private land, keeping track of deer movements through the year can be easier, because you have access to the land every day and in many cases trail cameras can be used.

On this public land, there are other hunts on some of the weekends between the time we were drawn and the date of our hunt, so our scouting time was tight.

Deer that know they are being hunted prefer places that are less likely to see a lot of human traffic. The travel patterns of deer everywhere are influenced by certain topographical features, such as streams, lakes, open fields, thick vegetation, ridges and roads. For public land scouting, it makes sense to begin with a map to find hunting areas away from other hunters. (Photo by Ron Sinfelt)

For public land scouting, it makes sense to begin with a map. I do that because I have two goals on a public-land hunt.

Obviously, first I want to find habitat being used by deer and containing features that will funnel them by my stand.

But almost as important as that, I want to find places where it is unlikely that other hunters will get in my way (or, for that matter, that I’ll mess up someone else’s hunt accidentally).

To do that I look at the road system and how it relates to creeks and ridgelines. Creeks are good to consider for a number of reasons.

First, deer typically will drink water once or twice a day, if it’s easily available.

Second, by fall, a significant portion of green vegetation left on most public land is near creek bottoms.

Third, oak or other hard-mast trees are often associated with creek bottoms or nearby slopes. The combination of food, water and bedding cover comes together near creeks.

Creeks also organize the movement of both deer and other hunters. If the creek has enough water that a person can’t jump over it, very few hunters will cross the creek, so you don’t have to worry about competition from that direction. Second, if the road is on a ridge above the creek, many hunters won’t go down to the creek to hunt, because if they kill a deer down there, they’d have to drag it a long way back up the hillside to get to the car.

Deer are much more likely to cross creeks than people, but deer will favor crossing creeks at certain places, and tend to move parallel to the creeks between those places. A little scouting can allow you to find places where creeks funnel deer movement. A little scouting can allow you to find places where creeks funnel deer movement. (Photo by Ron Sinfelt)

First, conditions on any piece of land change every year. There are subtle long-term changes as forested areas get older, and there are potentially more dramatic changes that are influenced by weather and hard-mast production.

In our case, the fall had been extremely dry and warmer than average. Many small creeks on the NWR had completely dried up. There were dry river channels that I had never seen dry in 15 years.

But it was a huge acorn year — one of those years when in some places it was not possible to walk in the woods without stepping on multiple acorns with each boot.

These are extreme conditions, but if you hunt long enough, you’ll eventually face a dry year with a heavy mast crop.

It was a lesson on how short-term changes can radically affect where you will find deer on the same piece of property, and the importance of “fresh” scouting every year, whether you are hunting public or private land.

In most years, food is more likely to concentrate deer movement than is water on this property — and in some wet years, deer probably don’t have to go to streams at all.

In years like that, especially in poor acorn years, a reasonable approach is to find good food sources and good bedding cover and try to figure out a likely travel corridor between them.

In contrast, on our hunt there was no reason for a deer to have to move at all for food.

Some of them could probably get a decent meal just stretching out their necks wherever they bedded down. It was hot enough that they were disinclined to move during the day, even as the rut approached. They wanted to be in the thickest cover that they could find near water.

Those are tough conditions. Our hunt occurred before the peak of the rut, and that had a secondary effect: the does weren’t moving much; the bucks, which were a bit ahead of the does, were moving, but mostly at night. Last season, as we try to do every year, editors and staff at Game & Fish went on a deer-hunting trip together. (Photo by Ron Sinfelt)

Most of us concentrated our scouting efforts around creeks and cover.

That turned out to be the best strategy: For two days, I hunted midway upslope in a creek drainage — a place I had killed deer in previous years — and saw nothing but sweat rolling down my nose.

All the deer we saw (and killed, and some that didn’t get killed) were within 100 yards or so of water. Furthermore, the effective parts of the day to hunt were early in the morning and late in the afternoon — deer moving during the middle of the day were almost always deer that had been “bumped” by hunters leaving the woods for lunch.

There’s little reason to believe that next fall conditions will be like this. It could be a wet year; the hard mast production could be spotty. Short-term habitat issues like this vary significantly from year to year by definition.

The critical takeaway for me is that no matter how familiar you are with hunting property, nothing improves your chances more than getting out before the season and figuring out what changed since the last time you hunted the place.

Identifying what the changes are and how they influence deer is the best thing you can do this year to prepare for your season. 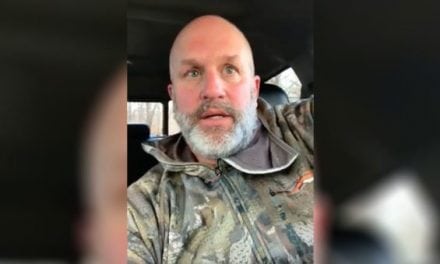 A Must-See Video Message for All Duck Hunters 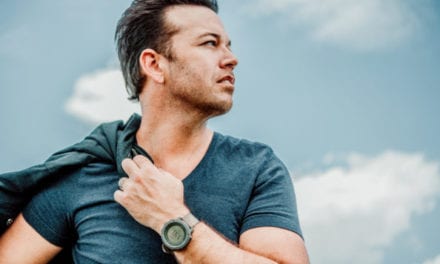 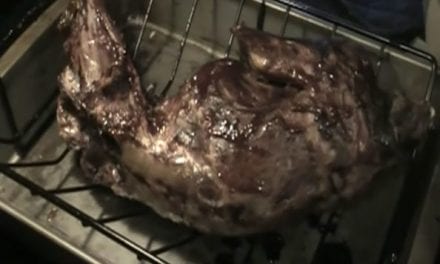 Cooking Raccoon in the Oven 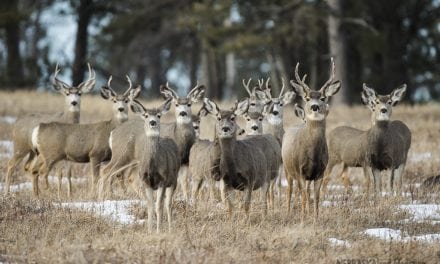