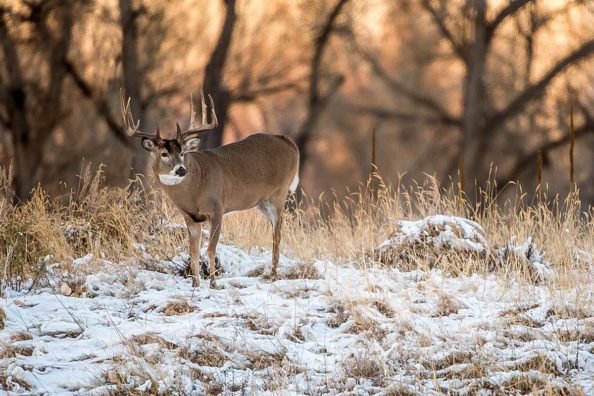 Final Moments of Deer Season: How to Make the Most of It

End of the season deer hunting doesn’t have to mean scrambling to fill your tag.

For some of us, deer season ended right on opening day. For others it took a while, but when the rut was in full swing, they made it happen. Maybe it was later in the season, during a cold snap or a favorable wind pattern. Whether it was by bow, rifle, or shotgun, plenty of folks have tagged out.

Even at that, other deer hunters across the land are still looking for ways to fill their tags, whether it’s a buck they’ve been chasing all year or a doe to ensure there’s something in the freezer.

End of the season deer hunting is a great opportunity to revive and relive the fervor of those pre-opening day moments when we couldn’t wait for the deer hunting to begin. Sure, the final week of deer season wherever you live can be looked on as a last ditch effort, but it can also be a great time of camaraderie among you and your hunting companions.

Here are a few ways to step up your late season odds and make the whole process more fun while doing it.

Do It With Friends

The deer drive as we know it is alive and well in some corners of the country where the whitetail deer reigns supreme. I know quite well from many years of deer hunting experience that deer need to be hypothetically “stepped on” to get them to move, and as lifelong deer hunters, we’re ready, willing, and able to execute.

You’re going to need to consider heavy cover and escape routes. This is the time to move slowly and silently to keep the deer from fleeing, and aim to see them simply move away from you in a predictable pattern.

One great piece of late advice: deer love to move at right angles to the drivers, so have people in your party ready for this whitetail maneuver and station them accordingly.

This is why I still keep a 12-gauge shotgun with open sights in my arsenal. It’s not that your favorite firearm setup with a great scope can’t be of use now, it’s just that a late push for a punched tag often requires an aggressive tactic.

Play this effort as you would a grouse or antler shed hunting trip. Walk slowly through areas that still have sign, but take the time to stop often and linger in areas that have a line of sight for you to aim. In places where other hunters have given up and the pressure is limited, I’ve had deer walk right past me as I stood by a tree.

To Sit Or Not To Sit

If you’re asking me, the late season really changes deer activity. The patterns you saw in October could be the farthest thing from the minds of the deer in your area. Should you bother sitting in the same stands you have all year without success?

The honest truth is that you’re not going to know until you decide to chance it. Sometimes it just requires you to make a call, one way or another.

Give the Grain a Try

When you’re hunting late season food sources, sometimes a lot of deer will be using the same field. The trouble is, the more deer there are, the more likely you are to be busted. That’s last-week hunting in a nutshell: encountering more deer than you can keep track of, and getting caught by one that alerts the others. Chances are corn and beans have been cut and there’s still food remnants on the ground.

The “late season” as we know it seems like it’s always a little different, depending on the year and location. Some states have late bowhunting and late muzzleloader seasons at different times, and others wrap things up before any snow falls or really cold temperatures arrive. Weather patterns, wind direction, and most of the other obvious pieces of intel will dictate the right way to approach a late hunt, but don’t ignore the fact that the clock is running out.

It can make it more interesting if you place a little healthy pressure on yourself. Make the move when you see your chance, and hopefully you can end the deer season with the kind of success you envisioned on opening day.

Please check out my book “The Hunter’s Way” from HarperCollins. Be sure to follow my webpage, or on Facebook and YouTube. Go to Rack Hub and use the coupon code Craiger for a new way to display those antler sheds!

NEXT: HUNTER’S PERFECT SHOT ON DEER CAPTURED IN SLOW-MOTION VIDEO

The post Final Moments of Deer Season: How to Make the Most of It appeared first on Wide Open Spaces. 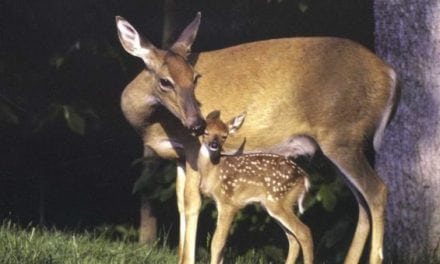 Should You Shoot a Doe with Fawns? 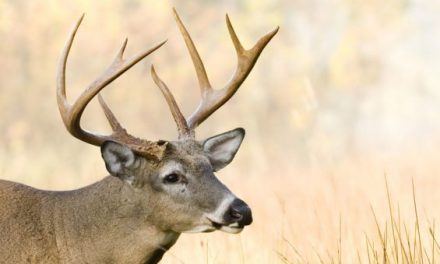 8 Mistakes Hunters Make Every Year During the Rut 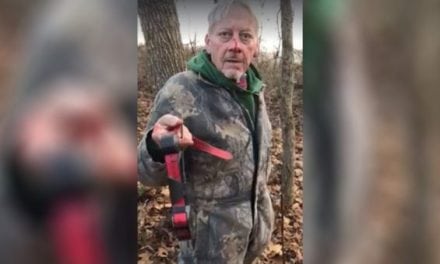 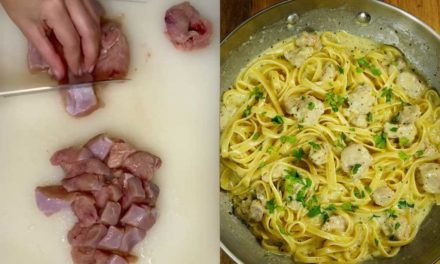