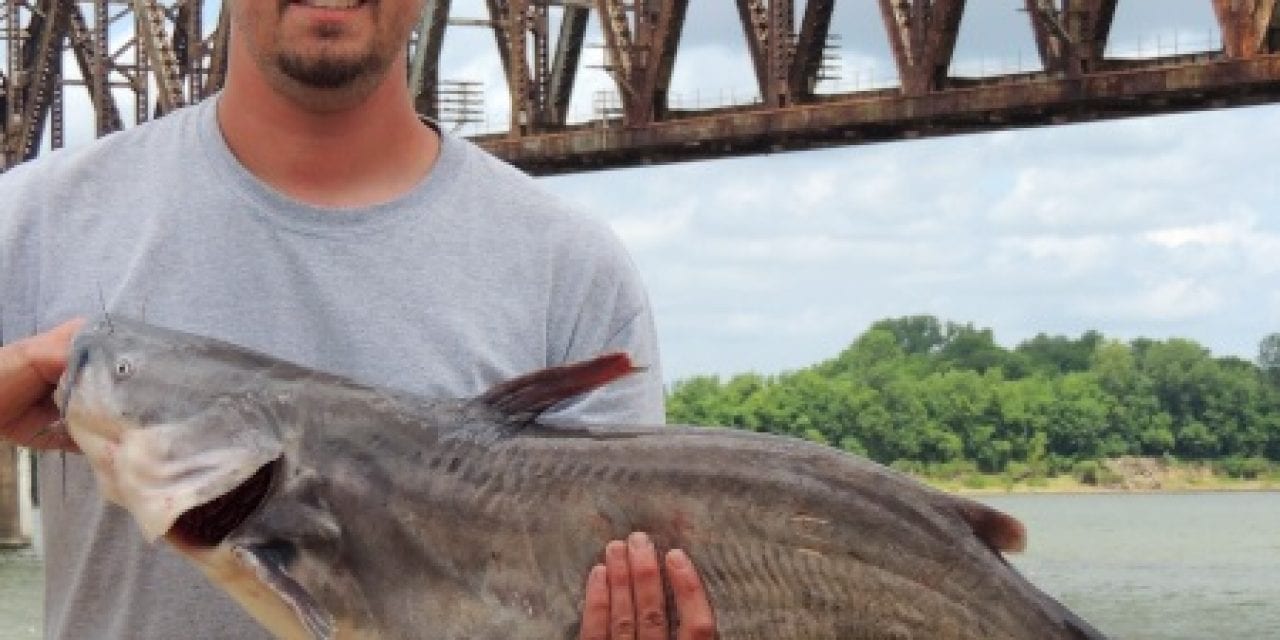 CatfishNOW – Beware the whiskered giants that lurk beneath the water It has long been rumored that there are catfish in America the size of Volkswagens. Sightings have been reported for as long as catfish anglers have gathered around campfires and enjoyed adult beverages. Are they real? Are there really outrageously oversized catfish lurking in the depths of America’s waters?

In Great Britain, it is the Loch Ness Monster that holds the attention of monster seeking enthusiasts. Loch Ness is the largest body of fresh water in Britain. In fact, the website, “The Legend of Nessie,” reports that there is more water in Loch Ness than all the other lakes in England, Scotland and Wales combined.

Loch Ness is a huge body of water that is twenty-two and a half miles long and between one and one and a half miles wide. Its waters are as deep as 754 feet in places, with the bottom said to be as flat as a bowling green. So why couldn’t Lock Ness hold a mysterious and elusive critter known as the Loch Ness Monster? And why couldn’t some deep water in America harbor a huge catfish?

Known affectionately as Nessie, the Loch Ness monster has been spotted many times. Some observers even offer photographic evidence to back their claims.

Big Foot is another mysterious and elusive creature familiar to most people. Also known by the names of Sasquatch, Yeti, Skunk Ape or Yowie, the creature has reported sightings in nearly every corner of the globe. It is said to be seven to eight feet tall and covered with long brownish hair. Those who have been close enough, also report a strong repugnant odor and huge footprints. Just like the Loch Ness Monster, Big Foot has been reported by credible witnesses who gave remarkably consistent descriptions of the beast.

There are more, like El Chupacabra ─ “the goat sucker” which evidently does not eat its victims, but draws its blood through a tiny incision.

How about the Jersey Devil? This New Jersey critter is reported to be about three and a half feet tall with a head like a collie dog and a face like a horse.

Have you heard of Moth Man? This West Virginia monster is said to be approximately seven feet tall with a wingspan over 10 feet and able to take off straight up in the air at 100 miles an hour. These and more mysterious creatures are reported in more detail at www.thought.com.

With all these sightings and documentations of stranger than life critters, why not a monster catfish, as big as a Volkswagen?

Many of the monster catfish sightings can be traced to family stories told at the dinner table, amongst other tales of fish. Personally, the first person to ever suggest the notion to me was Kyle Hittner, Executive Director of the Henderson County Tourism Commission. She had heard the rumor through her family.

“I remember my grandma always telling me about the fish in the Ohio River,” reported Hittner. “She said they were as big as Volkswagens.”

Laura Tipton, Lives in Highland, Michigan. She grew up in Barboursville, WV and she remembers tales from her family too. The stories focused on the 1967 collapse of the Silver Bridge over the Ohio River. The collapse resulted in the deaths of 46 people. Two of the victims were never found. Could they have been eaten by catfish?

“I remember my grandfather talking about the Silver Bridge collapse in West Virginia,” recalled Tipton. “My grandfather, Virgil Tipton, has passed on now, but when we were little kids he told us about the divers at the scene looking for bodies. The bodies were lost when their cars went into the river as the bridge collapsed. He told us that the divers would not go back in the river because the catfish were as big as Volkswagens.”

The local knowledge, according to Tipton, was that the fish grew to humongous sizes because of the chemical plants along the Ohio River.

Jason Geary lives in Jeffersonville, Indiana, near McAlpine Dam. He finds the legend alive and well in his area too. He fishes the Ohio River from Cincinnati, almost all the way across to Illinois. He says that if anyone notices you with a big catfish they want to tell you that story.

“I don’t have any names,” offered Geary. “But I’ll tell you everywhere you go, when somebody that doesn’t really know much about catfishing, but they think they do, they’re always quick to tell you the story. It is usually their buddy’s buddy’s buddy that was an underwater diver. Or, it was a guy they know that knows a guy that is an underwater diver. It is always a diver that saw the catfish bigger than a Volkswagen. They claim they exist at every hot water discharge or dam all over the country.”

“As the story goes,” continued Geary, they get that big because of the bait being killed as it goes through the turbines. The catfish just lay there and eat 24/7.”

“My first recollection of the ‘divers working on the dam story’ had a slightly different twist,” offered Melhorn. “I was around 10 years old when I was told that divers working at the ‘hot hole’ had seen a catfish as big as a Volkswagen.”

“We fished the ‘hot hole’ the entire summer, fall, and part of the winter. We never caught the monster fish.”

“Later I heard it had moved downstream a few miles to the bridge. I was told that divers were examining the bridge for cracks. The man at the local bait shop told me that the diver came up, took off his scuba gear, and said, ‘I’ll quit before I go back down there. That catfish was big as a Volkswagen!’”

“Now, thinking the beast had left the current of the canal as we theorized would happen, and was now in more stable water, we spent the following summer climbing down the embankment to fish under that old bridge. Countless days were spent offering this monster of the depths chicken liver and nightcrawlers. We caught plenty of catfish, plenty of white bass, and plenty of bream under that bridge. However, the giant catfish remained elusive another summer.”

“By the age of 12, this elusive creature not only lived in the depths of the local lake but was also sleeping comfortably in our minds each night as we dreamed of catching it one day.”

“As I got older, and heard this story from every lake I ever visited to fish, I realized that we had spent our youth on a snipe hunt. The only difference here was that the people telling the story also believed it.”

“Just last week I had a work associate figure out that I fished,” concluded Melhorn. “As soon as I told him I fished for catfish he perked up and said, ‘My buddy Earl was a scuba diver, and was diving down at….’ I cut him off and completed his sentence with ‘he saw a catfish as big as a Volkswagen?’ His eyes got BIG and he got a startled look on his face as he asked, ‘do you know my buddy Earl too?’”

As I mentioned above, it was a Facebook post by Jay Harrod that got me thinking about this legend of the fish as big as a Volkswagen. He too is still hearing some version of the story fairly often.

His post went something like this: “I heard it again yesterday!” posted Harrod. “There’s catfish at the dam in Chattanooga as big as Volkswagens! Divers seen em’ and took pictures. They tried to haul them up with a winch on a barge and it started smoking. They had to bring in ocean marine biologists to remove them in great white shark cages!”

“I’ve heard this story everywhere,” said Harrod. “It’s a recurring thing anywhere there’s a dam. I think this particular one was referring to Chickamauga or Watts Bar. Most catfishermen laugh it off, or use it to egg the average person on when they hear it.”

“Sometimes the story includes boats being taken under by the ginormous cats themselves,” continued Harrod. “I heard this happened near Lake James in North Carolina.”

Harrod has also heard various reasons for the growth of the catfish to humongous sizes. All relate to a good food source. Some storytellers cite workmen who fell into the water before OSHA installed strict safety standards. Others mention the divers working on dam projects, themselves becoming the target of hungry catfish. “I’ve heard those cats just gobbled them right up,” concluded Harrod.

With no verified evidence of their existence, the legend of catfish as big as Volkswagens remains a mystery. Is it just big blue catfish lurking in the deep waters around many dams and hot water discharges in America? Or, is it a creature that is yet unknown to biologists—a super strain of catfish?

Anglers and big cat enthusiasts will just have to wait for the answer. It will hinge on the ability of some brave and industrious divers to take up a call to action aimed at determining, once and for all, the legitimacy of the claim. Maybe they can verify the claim, or put it to rest. In the meantime, until solid evidence is found, we are left in the unknown.

Will one or more of these inexplicable creatures unexpectedly show themselves to the lens of a smartphone video camera or a divers underwater camera? Only time will tell.

Until the proof is found, anglers, divers and other water sports activists will continue to be frightened, surprised and dumbfounded, usually without a shred of evidence, by the behemoth catfish that are said to lay below the surface of our waters.

We can probably expect eyewitness stories of these creatures to continue. They will challenge our common sense, tickle our funny bone, and stir our imaginations. Do they really exist? I leave that determination up to you.

Note: This story first appeared in the FREE August 2017 issue of CatfishNow Digital Magazine. You can visit the website at www.catfishnow.com and read all previous issues. While you are there you can subscribe for free and never miss an issue of CatfishNow.

The post CatfishNOW – Beware the whiskered giants that lurk beneath the water appeared first on . 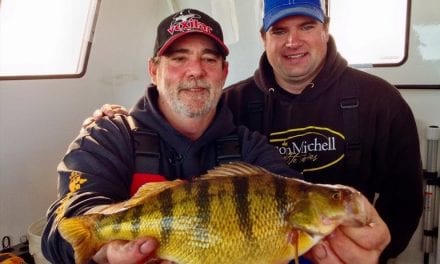 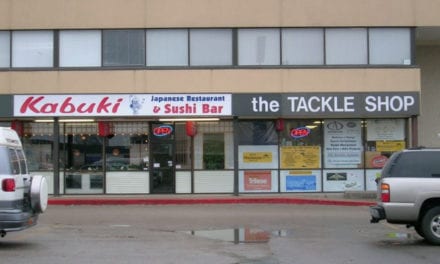 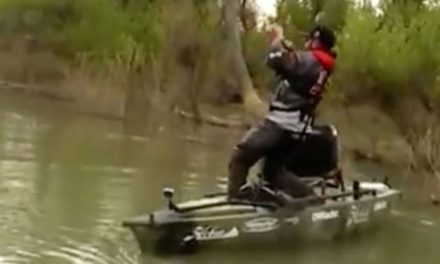 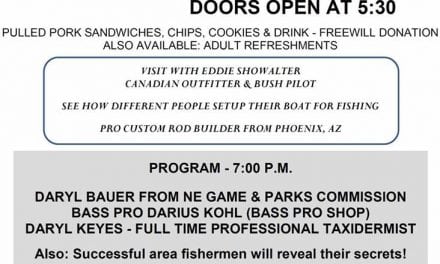