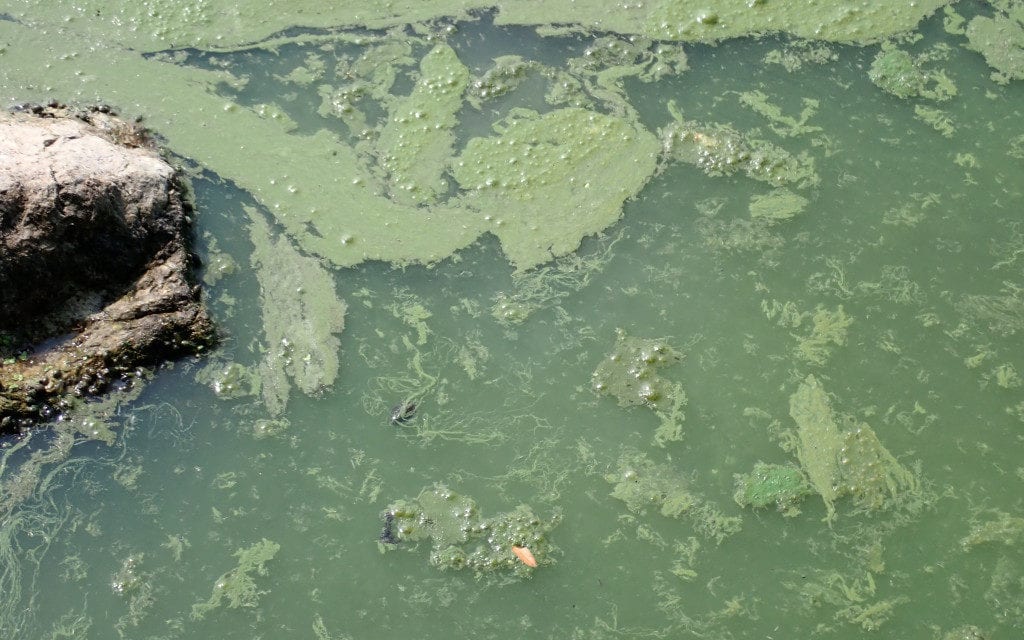 It is mid-summer, it is hot, and that means primetime for bluegreen algae blooms.  There is a lot of hysteria and misunderstanding about our waters and algae blooms.  I originally wrote this blog over ten years ago.  Let me dust it off, update some things and hopefully clear up some misconceptions. . . . 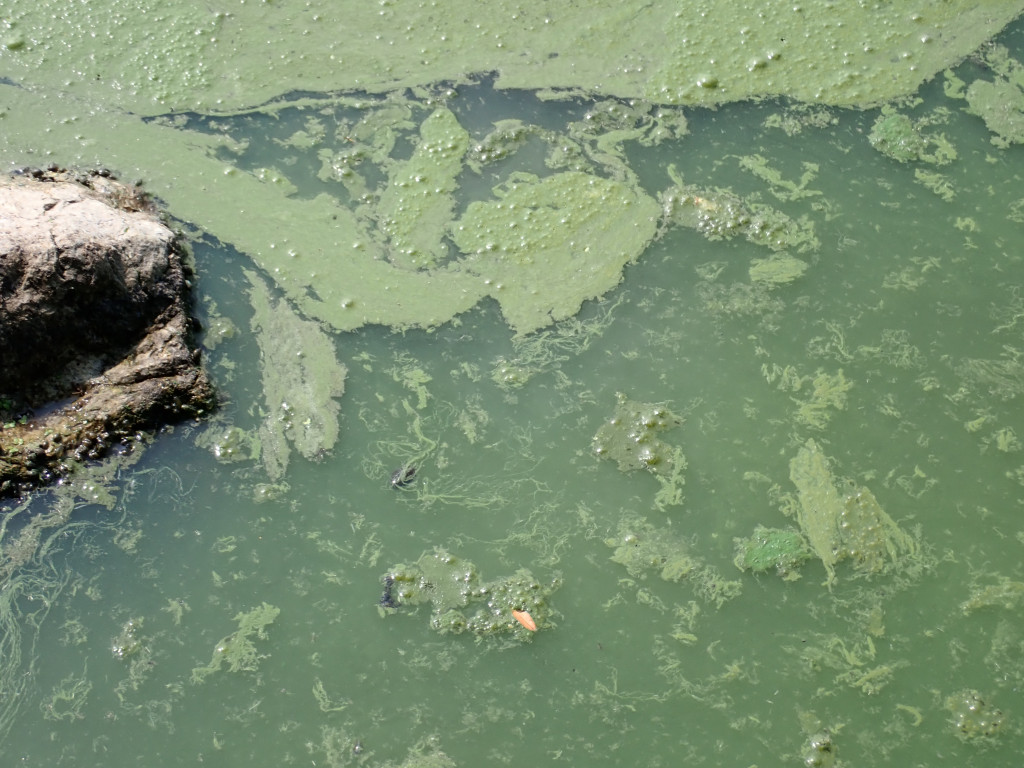 In the entire family of bluegreen algae, there are some species that can produce toxins called microcystins.  Those toxins are produced only under certain conditions.  The microcystins are released by the bluegreen algae while they are alive; they do not have to die to release the toxins.  However, microcystins can persist for some time, usually days, after the algae die.

Bluegreen algae thrive in fertile waters.  Guess what?  There is not a body of water in Nebraska that could be considered infertile (see Eutrophication).  Bluegreen algae typically bloom and dominate when nutrient levels, particularly phosphorus, is elevated.  Elevated levels of phosphorus are a particular problem in man-made waters with years of silt and sediment accumulation (nutrients are carried on those sediments).  Housing developments around water bodies, fertilizers from lawns, and nutrients leaching from septic systems can also add nutrients to the aquatic ecosystem and eventually fuel bluegreen algae blooms.

Bluegreen algae blooms have been present in Nebraska waters forever.  Nobody ever worried about them until a few years ago, because nobody tested for the bluegreen algae toxins.  In recent years technology has made the tests easier and less expensive.  In addition, a few years ago there were some pets that died in the vicinity of a private sandpit in Nebraska and testing done on those dead pets attributed their deaths to microcystins.  Following that incident, Nebraska’s Department of Environment and Energy (NDEE) began testing waters around the state for microcystins.  Testing is done weekly and you can see the results and any health alerts that have been issued here, NDEE Beach Watch.  (There is a bunch of additional useful information on that website, look it over!)

Action levels for health alerts have changed in recent years.  When microcystin levels exceed 8 ppb, a health alert is issued by NDEE.  The health alerts advise people and their pets to stay out of the water, to avoid bodily contact or ingestion of water.  Activities such as swimming and water skiing would not be recommended, but activities such as fishing need not be curtailed.  The bluegreen algae toxins do not persist in the flesh of fish, so even though there may be a bluegreen algae health alert, it does not mean you cannot consume fish from that body of water.  Tests are done on waterbodies around the state every week.  Health alerts are issued on a weekly basis and now last for only one week.

Bluegreen algae toxins do not directly cause fish kills.  Extreme algae blooms can cause fish kills due to overnight oxygen sags, but microcystins do not kill fish.  Algae blooms can be so thick that fish may be hard to catch in those areas or they may move to areas with clearer water, but the algae itself does not impact fish behavior (sorry guys, blaming your poor fishing on bluegreen algae blooms is probably just an excuse).

Be aware of what is out there and know how to react, but there is no need to panic. 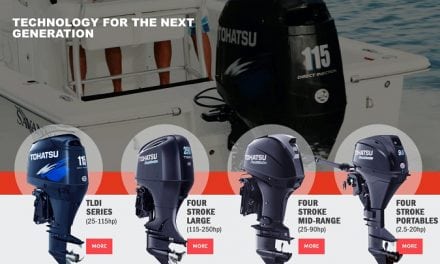 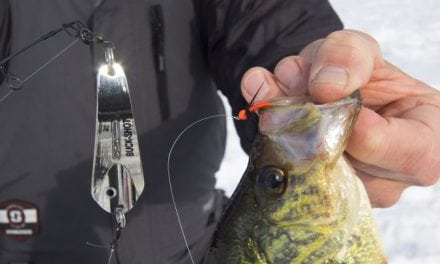 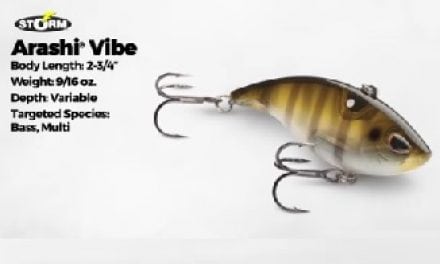 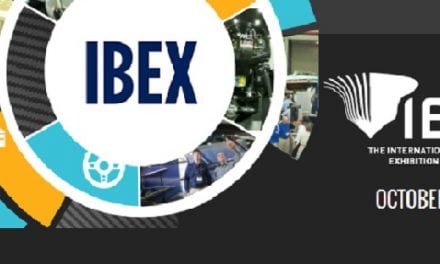