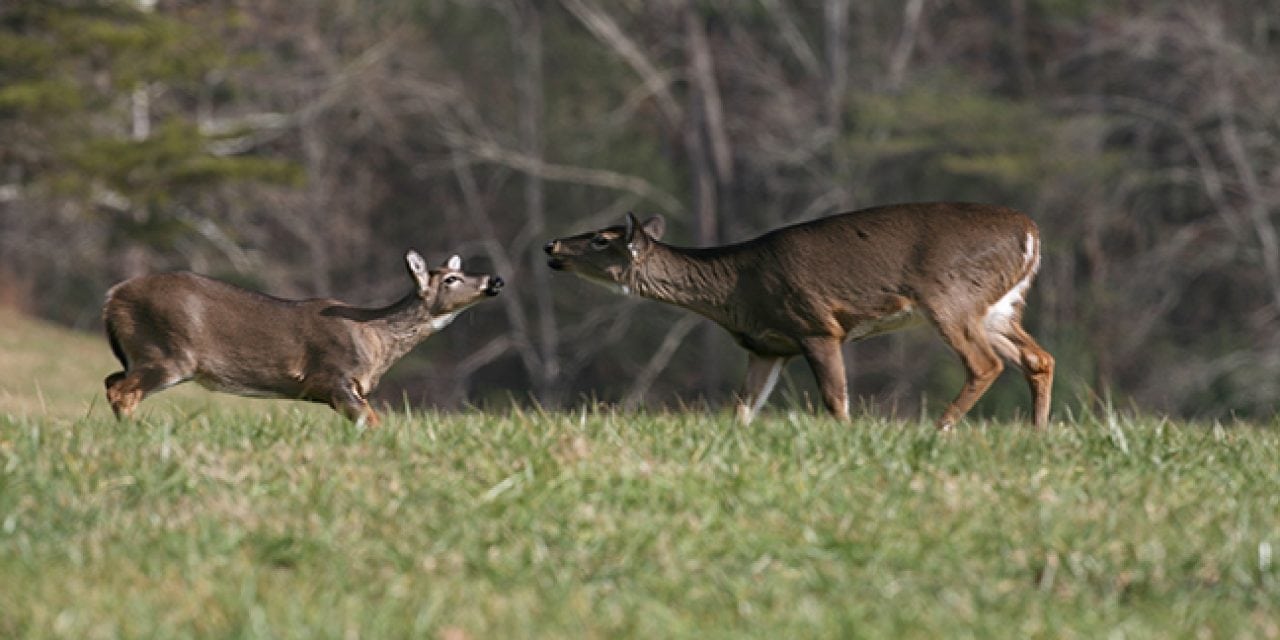 Here’s what New England states’ whitetail managers are saying about the 2016 harvest and how things are shaping up for 2017.

According to MassWildlife deer project biologists, both archery and primitive firearms seasons produced record harvests in 2016. Total harvest was near record levels as well. The harvest was likely low in 2015 due to unseasonably warm weather, lack of snow, and an abundance of food, conditions that meant deer did not have to move as often or as far during legal hunting hours.

The increased harvest during the 2016 season was likely partly a result of the low harvest in 2015 — because fewer deer had been killed the year before, there were more for hunters last season. Another advantage for hunters last year was that weather was much more favorable for hunting.

While total harvest by zone can be informative, it doesn’t provide the complete picture for monitoring trends in deer density because total harvest is influenced by antlerless deer permit allocations in each zone as well as annual changes in hunter effort, weather, etc.

The MassWildlife Deer Project Leader analyzes harvest, biological, and hunter effort data, along with hunter success rates, female versus male harvest, and other factors to manage deer populations in each zone. An analysis of this information is now underway for the annual deer management review.

According to Connecticut deer biologist Andrew Labonte, the harvest was up slightly from the harvest numbers in 2015.

“This was expected due to fewer deer being killed that year, a mild winter, and our acorn assessment showing slightly fewer acorns than the previous year,” Labonte said. “Despite concerns by hunters of not seeing deer (due to so many acorns), the mild winters and record acorn abundances two years in a row suggest that the herd is still doing quite well. So far spring weather is looking good for acorn production again this year, but to have such high productivity three years in a row will be quite surprising.

“Our predator population (bears and bobcats) continues to grow,” Labonte noted, “so a tag restriction (no more antlerless deer tags will be issued for the shotgun/rifle season) was implemented this past year in one of our deer management zones with the highest bear densities. This tag restriction will be in place this coming year and likely for years to come.” Maine’s 2016 total antlered deer harvest was within 5 percent of predictions with 17,070 bucks. Another 6,412 total antlerless deer were tagged statewide. The archery and muzzleloader harvests were slightly below average. The top 5 buck-producing WMDs (per sq. mi.) during 2016 were (in descending order) districts 29, 24, 22, 21 and 20. They are all in southern Maine.

Mark Latti, the Maine Department of Inland Fisheries and Wildlife’s Outreach and Communications director, said that most parts of the state enjoyed a mild winter that was below average in severity, which means overwintering survival of deer likely increased.

“In parts of the state deer numbers likely improved,” Latti said. “After reviewing data on winter severity, deer population trends and biological data from the harvest, wildlife division biologists recommended an increase in Any Deer Permit allocations. If good hunting conditions and hunter effort prevail, deer hunters should expect an increased harvest for 2017.”

According to the New Hampshire deer harvest report, biological information was again collected during 2016 at select deer registration stations in order to monitor the physical condition of New Hampshire’s deer and assess harvest age structure. In 2016, a total of 850 deer were checked (558 males, 292 females). Average yearling (age 1.5) antler beam diameter was 18.5 millimeters and yearling male field-dressed weight averaged 113 pounds. Average yearling antler beam diameter was above the recent 5-year average of 17.9 millimeters and the field dressed weight was slightly below the 5-year average of 114.4 pounds. Both suggest a population in good physical condition and below the biological carrying capacity of our deer habitat.”

The harvest summary includes data from the N.H. Trophy Deer Program, run by the N.H. Antler and Skull Trophy Club, which annually recognizes hunters who take deer with a weight of 200 pounds or more by archery, muzzleloader and regular firearms. In 2016, the heaviest deer (265 pounds) was taken by Michael Merrill of Washington, Vt., using a muzzleloader.

The Vermont Fish and Wildlife Department estimated a 15 to 20 percent increase in the deer population due to the exceptionally mild winter of 2016. Hunting conditions were variable during the 2016 hunting seasons.

According to the most recent VF&W deer harvest summary, warm weather persisted for most of the October archery season, causing deer to move less during the day, reducing hunter success. However, cool weather and snow during the rifle and muzzleloader seasons likely improved hunter success, as deer were more active and hunters were better able to locate them.

Statewide surveys conducted in 2016 indicated that apple, beechnut, and oak mast production were all less than normal. Apple and acorn production were fair but variable, while beechnut production was poor. In years with limited mast production, deer tend to concentrate near localized food sources, which can make it easier for hunters to locate them.

Although the larger deer population was a primary factor, favorable weather and poor mast production likely contributed to the increased harvest. The winter of 2016-17 is on pace to be one of the mildest on record. With minimal snow cover through January, deer utilized habitats outside of traditional wintering areas. Early February brought snowfall, but much of it melted by the end of the month. Winter severity in March and April have the greatest effect on overwinter deer survival; however, the state can probably expect another increase in the population in 2017. Most of Vermont can support an increased deer population.

Due to the retirement of Brian Tefft, Rhode Island’s principal deer biologist, the 2016 harvest report was not available at press time. However, the Ocean State’s whitetail harvests have been relatively stable over the past several years. In 2015, the last year that harvest numbers were available, a total of 1,883 deer were taken statewide including 914 bucks and 969 does. While those numbers are rather low compared to other New England states, it is interesting to note that 90 percent of Rhode Island’s licensed hunters killed at least one deer in 2015, with some tagging as many as eight animals during the course of the season. Based on available information including previous seasons’ harvest results and long-term trends, Rhode Island’s hunters should expect another good deer season in 2017.

According to the Northeast Big Buck Club, more trophy-class bucks (deer with antlers meeting the NBBC minimum score) are taken in Rhode Island than in any other New England state.

Part of the reason for its high numbers of trophy bucks is that Rhode Island allows muzzleloader hunting during the peak of the rut. Also, most of Rhode Island’s best hunting ground is on privately owned lands where permission to hunt is often difficult to acquire.

Conversely, the majority of bucks weighing in at over 200 pounds dressed weight (with heart, lungs and liver intact) are taken in Maine, where as many as 1,000 heavyweight whitetails are registered with the Biggest Bucks in Maine Club annually. Interestingly enough, few of these over-200-pound bucks grow antlers large enough to meet the NBBC’s minimum score. Experts tend to agree that Maine’s big bucks must pack on the weight in order to survive the Pine Tree State’s difficult winters, meaning that antler growth is secondary to survival in the region, which is near the northern limit of the whitetail’s range.

Surprisingly, Vermont routinely produces the fewest trophy-sized bucks in all of New England despite being the home of the legendary Benoit deer-tracking family. Green Mountain State hunters rarely tag a minimum NBBC qualifier and in fact a decade or more may pass before a Vermont trophy is entered in the record books. —Stephen D. Carpenteri 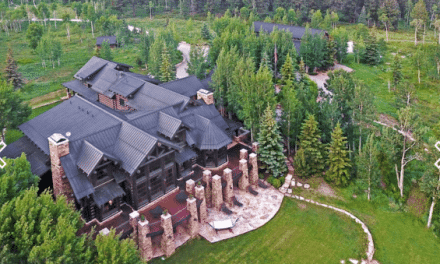 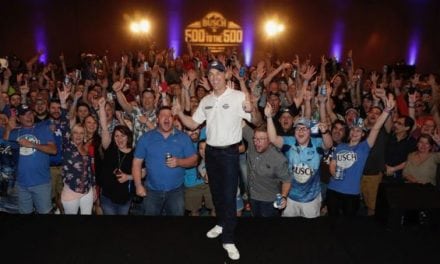 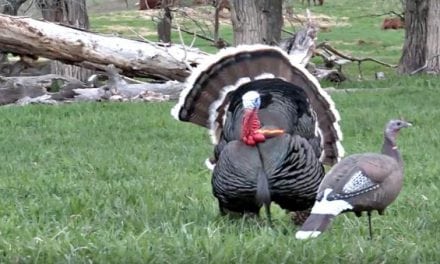 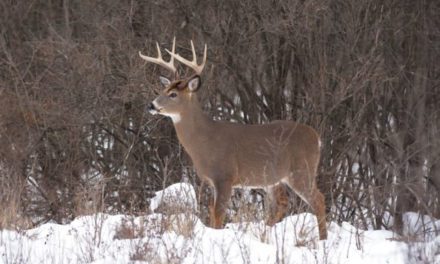