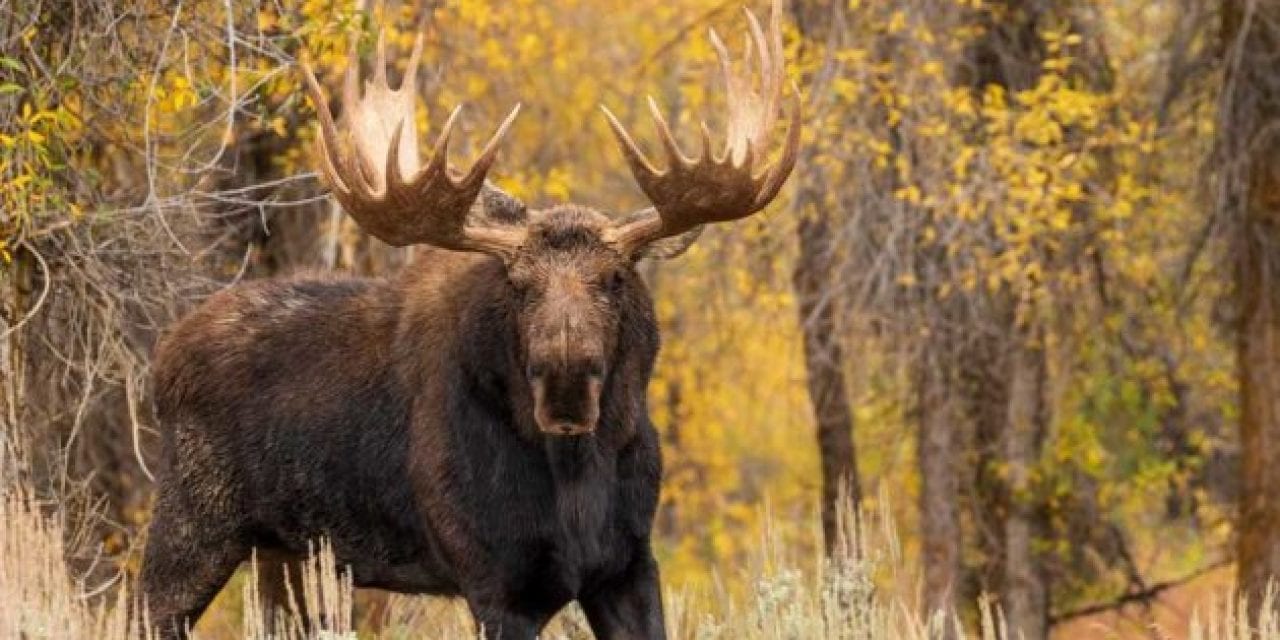 
These are the places you can fulfill that bucket list hunt for a big bull moose.

Moose hunting is one of the most exciting big game hunting experiences out there and the United States is loaded with hunting opportunities for this magnificent game animal.

Before you book your moose hunting trip of a lifetime, however, it’s worth going over the different options for hunting areas.

These are the states that have a moose season and how you can get a tag to hunt them.

The Last Frontier is considered THE top moose hunting destination in North America and no other location really comes close. If you’re looking for a true trophy moose, this is the place to harvest one.

The downside is that moose hunting in Alaska is more expensive than anywhere else, unless you’re a resident. Hiring a guide is highly recommended. If you’re not a U.S. citizen, it is required. Sorry to all the Canadians out there.

A moose tag will cost up to $800, and that’s not including an Alaskan hunting license into the price.

Hunting for Alaskan moose is mostly spot and stalk through the heavy brush of the backcountry. Season dates vary wildly from area to area. Popular draw-only hunts have dates that vary as well. Some take place in early September, while others run from November through December.

The Centennial State is better known for its elk hunting, but there are moose here, too. In fact, there are some hunting opportunities for monster bulls here. The Pope & Young world record for the subspecies Shiras moose was shot in Park County in 2015, and it was a 192-inch monster taken by Robert S. Hebert.

Colorado provides one of the more breathtaking backdrops to still hunt these magnificent animals, but the downside is that you must draw a tag. You can earn preference points that will tip the odds in your favor the more you apply, but don’t expect to hunt your first year.

When you do get to hunt moose in Colorado, make sure the bull is the one you really want, because moose populations aren’t as robust here as other states. Colorado has a lifetime bag limit of one for antlered moose. Season dates are Sept. 7-29 for archery, Sept. 14-22 for muzzleloader and Oct. 1-14 for rifle.

No state in the lower 48 has more moose than Maine. The downside is that getting an opportunity can be difficult because the state only hands out about 2,200 permits each year to a pool of over 50,000 applications. The good news is, the longer you apply, the better your odds. If you’re a resident 65 or older, you’re guaranteed a permit if you have more than 30 points in the system.

There are other options, including hunting lodge permits for outfitters. Maine recognizes our men and women in uniform by offering moose hunts for disabled veterans. For the rest of us, we’ll have to take our chances in the lottery.

Season dates are generally short depending on the area you hunt. Hunters in Wildlife Management Districts 15 and 16 will have the longest season this year, from Nov. 4-30 this year.

Maine moose hunting is like many places in the U.S. in that it’s mostly spot and stalk. The big difference here is you’re likely going to be hunting timber harvest areas where logging may be going on. In general, the northern part of the state is considered better for moose hunting than the south. We do recommend a guide either way because the permits are so hard to get.

This isn’t a state you hear about very often for any type of hunting, but it is possible to harvest a trophy bull moose in New Hampshire. The only problem is that your odds of getting a permit are low.

Like many other states, getting a permit in New Hampshire is often the result of years of applying in the draw. The more points you build, the better your odds.

One thing that is helpful is that the New Hampshire Fish and Game Department publishes a list of the number of applications and odds based on the number of points. This can allow you to be more strategic in how you apply each season.

The moose season in New Hampshire is extremely short. It was only nine days in 2019, but the plus side is that fewer hunters means less hunting pressure and animals that aren’t as wary as in other parts of the U.S.

Much like Colorado, a hunt for a moose in Idaho is a “once in a lifetime” thing. The bag limit is set at one cow and one bull for life.

There are two chances to apply for a permit to hunt Idaho moose. One interesting thing about Idaho is that they don’t have a preference points system like other states. That means your odds of drawing the first year are the same as someone applying for the 30th time.

Idaho Fish and Game does have a hunt planner on their website that gives odds on different hunt areas. This gives you a chance to better plan for a successful hunt. The application period is April 1-30 each year.

Remember that Idaho does have some rugged terrain, so moose hunting here might be a little more physically exerting than other states on this list. For the hunters who stick it out, it can provide some of the best moose hunting opportunities in the country.

Big Sky Country sees around 25,000 applicants per year for their moose permit draw. But in 2018, only 350 hunters successfully drew a permit. Montana is not a great option for nonresidents because most permits are doled out to residents.

In 2018, 3,001 nonresidents applied for the moose draw, but only 15 were lucky enough to get one. Those are not great odds. In some years, it’s been easier to get a bighorn sheep permit in Montana than it is a moose permit.

That really says something considering bighorn sheep tags are considered some of the toughest to obtain across both the United States and Canada.

The good news is, if you are lucky enough to get a permit, there are some huge bulls to be found in Montana and great public land opportunities are there. And this state boasts some gorgeous scenery to serve as the backdrop for your hunt.

This state flies completely under most people’s radar for moose hunting. The reason for that is simple. There are only a handful of hunt units where moose are even found.

Your odds of drawing aren’t great. The state issued 334 permits in 2018, which was a new record. There were tens of thousands of applicants for these limited opportunities.

If you’re a nonresident, you’re out of luck, because this hunt is only open to North Dakota residents.

We haven’t heard about any truly gigantic moose being harvested in North Dakota. But this does provide a much more affordable in-state opportunity to hunt these kings of the forest. If you’re a North Dakota resident, it certainly can’t hurt to put in for the lottery each year. Who knows? Maybe you’ll be one of the lucky ones selected for the hunt of a lifetime.

While it may be called the Equality State, the doling out of moose licenses is heavily weighted in the favor of residents. But that’s no reason to discount Wyoming as a moose hunting destination. I’ve seen some true giants in person in the northwest part of the state. Just be aware that you may be in for a wait with licenses doled out 80/20 in favor of those living there.

The good news is that a successful moose hunt doesn’t have to be your last. Although you are subject to a five-year waiting period before you can apply again, that’s still better than never hunting them again.

Wyoming is home to some of the largest Shiras moose in the world. The Boone & Crockett world record was harvested there in 1952. The monster, 205 4/8-inch bull had a 53-inch spread and was taken by John M. Oakley near Green River Lake.

There are three different ways for moose hunters to obtain a coveted permit in the Evergreen State. The first is the usual draw system method. As usual, odds aren’t great. Some areas saw as many as 8,000 permit applicants but only around a dozen lucky winners.

Another option is to buy tickets in a special hunt raffle for $6 apiece for the opportunity to score one of two moose permits. Odds here depend on the number of tickets, but 4,792 were sold in 2018.

The third option is to buy one auctioned off every year by the Washington Department of Fish and Wildlife. Of course, in this scenario, you’re at the mercy of people who might have deeper pockets.

If you can get a permit in Washington, the good news is that it is home to some huge bulls in some beautifully rugged country. You will make some great memories stalking a big moose here!

This is another state everyone associates with elk more than moose. But there are some large bulls running around in Utah. Getting a permit again depends on a draw system. Some areas are going to be easier to get tags for than others.

Hunting moose in Utah is quite expensive. A bull moose permit is $413 for residents and $1,518 for nonresidents.

Utah is a state with plenty of guide services with high success rates that will up your odds of success. Many of these guide services give access to hundreds of square miles of private land off-limits to other hunters. They’re usually expensive, but at least you’ll have the area to yourself.

NEXT: REMEMBER THE “ZOMBIE MOOSE” THAT BAFFLED ALASKAN AUTHORITIES? 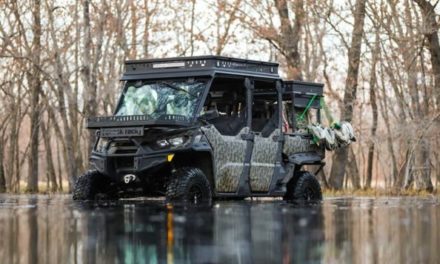 Can-Am Builds a Defender MAX into the Total Waterfowl UTV 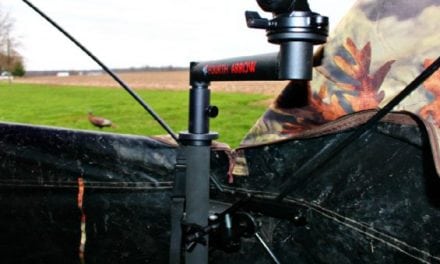 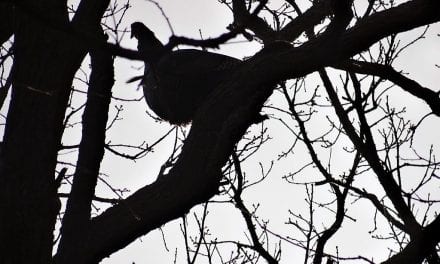 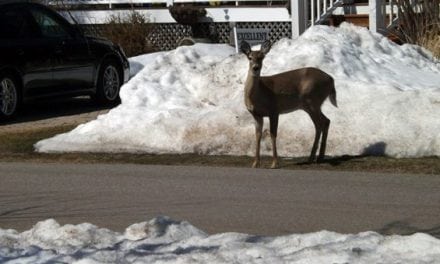